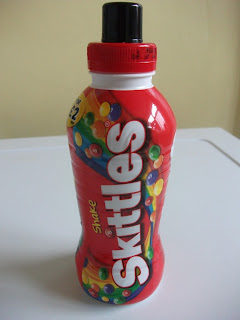 Skittles is a flavour you would never expect to see in milkshake form - infact it sounds like a downright odd proposition - so when I saw this Skittles Shake in Tesco recently I just had to give it a try. It was on offer of 2 for £2 along with other flavours such as Snickers and Mars milkshakes. It's described as a "Fruit flavour milk drink" and has the slogan "Drink the Rainbow. Taste the rainbow". 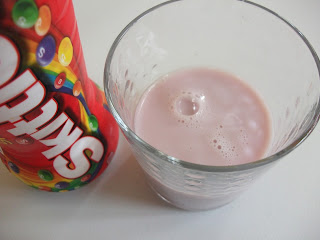 Overall, I liked this Skittles milkshake but I'm not sure I would buy it again. The flavour of Skittles isn't something I really look for in a milkshake, but it's an interesting novelty for sure. I think it will be quite popular with children.