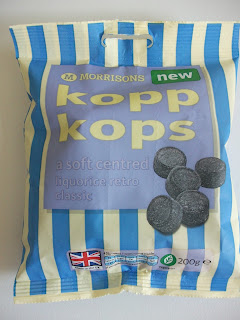 When I saw this bag of Kopp Kops sweets at Morrisons recently the name had me intrigued. I've never heard of a Kopp Kop before, but according to the packaging they are a liquorice flavoured classic retro sweet. I put them in my basket not knowing quite what to expect.

They're described as "Herbal flavour sweets with a soft centre" and contain treacle and liquorice powder in the ingredients. There's a blurb on the pack which says "Did you know...The first "sweets" were made by apothecaries who used sugar combined with herbs and spices to "cure" people". Despite being a snacks geek, I didn't know that actually! 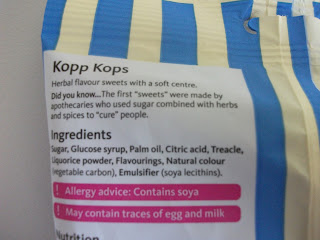 Opening the pack the sweets smelled very familiar - they reminded me of those herbal cough mixture sweets that newsagents used to sell when I was a kid. 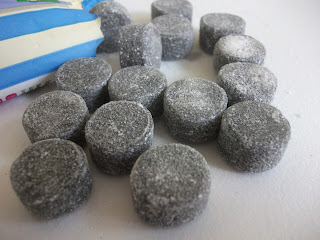 Tasting one, it instantly brought back memories of the 90's, when I would buy a bag of herbal cough mixture before school. The only difference with Kopp Kops is that they have a darker, more treacley liquorice flavour rather than herbal. The soft centre was kind of sticky and syrupy, but I didn't notice it much as I crunched the Kopp Kops.

Overall, I enjoyed these Kopp Kop sweets and they're a definite blast from the past. I'm not sure I'd buy them regularly but they're nice to mix with other sweets, plus they're a great nostalgia trip!

Do you remember Kopp Kops or are they new to you? Please let me know in the comments!
Kopp Kops Morrisons