Recently, I spotted a totally new vegetable/fruit (not sure which it actually is!) in Asda called Banana Blossom in a tin. It was next to the tins of Jackfruit which is a well known vegan meat alternative. I assumed it was a similar thing so happily bought some to try - it’s £1.50 a tin. The image on the wrapper looked innocent enough - battered fish pieces, only vegan! Surely this stuff must be good? 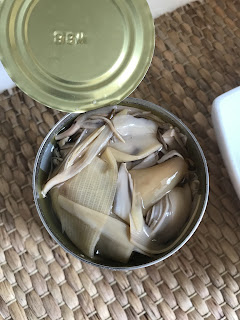 Turns out that packaging was very misleading because nothing could prepare me for the horror that was lurking inside...when I opened the tin it was like opening something from a horror film, discovering the mouldy body of an ancient alien creature or other such evil. It looked hideous!! 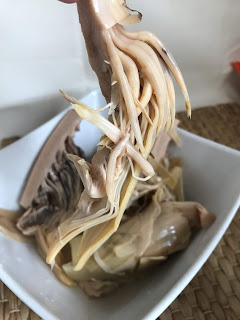 “Surely this is not meant for human consumption?!”, I thought. Heck it’s not even suitable for bird consumption....I think flies would even turn their nose up at this thing, which looked like rotten infested seaweed. 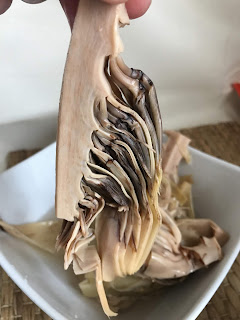 When I posted this on my Instagram page the responses were predictably hilarious: “I’m calling the Men In Black”, “looks like an STD...” “looks like something from the film Independence Day ” etc...plus tons of vomit emojis. Gotta love British humour even if our politics are awful! 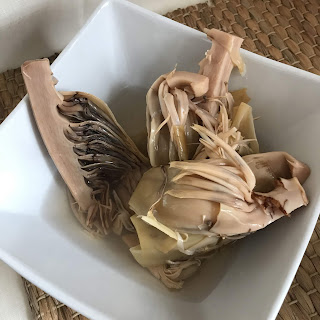 Now I’ve always been open minded about food - I’ve tried most diets around as well as the many varieties of food substitutes, but this is probably one of the weirdest looking I’ve come across. But I soldiered on and did my duty, cooking it up in curry sauce as it was one of the suggestions on the tin (it’s supposed to be better battered and fried, but I didn’t have the right ingredients) 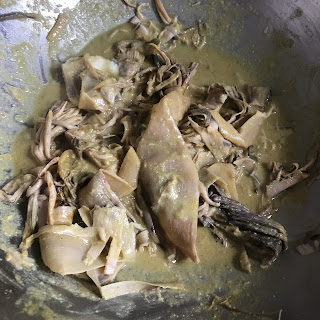 And it still looked pretty bad - like a mushy mass of weeds. The texture is meant to mimic flaky fish, so does it live up to that comparison?

Well kind of....it is definitely a bit flaky and breaks apart easily whilst still having a meaty kind of texture. It doesn’t taste of a lot...I don’t think I can even describe it to be honest. It’s mostly the flaky texture that is the selling point. I enjoyed my curry but I felt like I was just eating a flavourless mass of fibre and vegetables. I don’t know the nutritional content of banana blossom but I’m guessing there’s not much in there. Compared to Jack Fruit, I much prefer that because even though it’s a bit bland in taste it does have a nice firm texture that mimics chicken, which is good for those days you want to go without meat and maybe just want a vegetable based curry. And if you’re vegan, obviously!

Sorry if this review sounds negative...it’s all meant in jest really, if you need a meat substitute then this stuff is probably excellent! I’m definitely not against meat free or dairy free alternatives (as most of my readers should know by now) but compared to the many other fantastic options this one seems a little pointless. Maybe it’s only meant to be battered and fried.

If you’ve tried this and made something more palatable with it, please let me know in the comments! And also - if you haven’t already, would you try this?