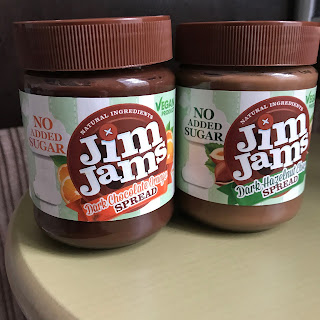 I've tried the regular version of Jim Jams No Added Sugar spread before and really enjoyed it, so was excited to try these new vegan varieties they launched recently to see how they compared. They come in both Hazelnut and Orange dark chocolate flavour, with no added sugar. Instead they contain maltitol which is a sweetener many may be aware of. 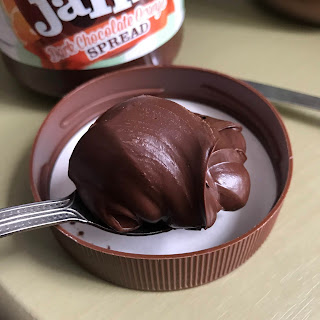 Whilst I have always been wary of maltitol due to its "unintended effects" I realise like anything it's a case of moderation. So I tried not to go overboard eating this!

The Dark chocolate orange variety is pretty good with a nice chocolate orange flavour. A bit like the dark version of Terrys Chocolate Orange in spread form, perhaps! Although it was nice it didn't wow me enough with the flavour to purchase again. It needs a bit more zing for my liking. 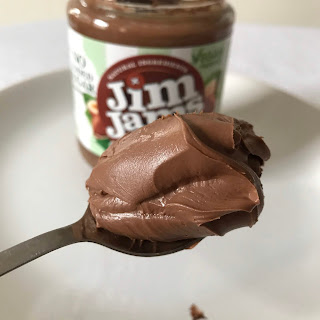 The Hazelnut one is an absolute winner though, it's every bit as rich as Nutella and perhaps even more nutty, it lacks the same level of intense sweetness and greasy texture and this is a good thing! I really enjoyed this and it felt rather indulgent for something sugar free, I'd be happy to use it as a replacement for the real thing when watching my sugar intake. Its not obvious at all that its vegan as its so creamy and rich thanks to the hazelnuts.

Overall, these new Jim Jams spreads are a big win especially if you're dairy free or vegan! I do think the Orange one needs a little more zing but that's just personal preference. I think a Mint version might be a nice flavour to pair with dark chocolate if they do any more in future!