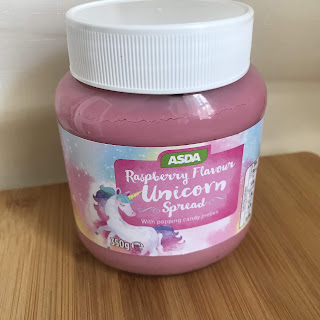 As annoying as the Unicorn trend is becoming (let it rest, it’s had it’s day!) I did get quite excited when I found out Asda have a new raspberry flavour “Unicorn” spread out. Simply because it’s such a novelty, and contains popping candy! I had totally forgotten however that I reviewed a product like this back in 2015 which was Winsenia Raspberry Spread that was available in Aldi at the time. 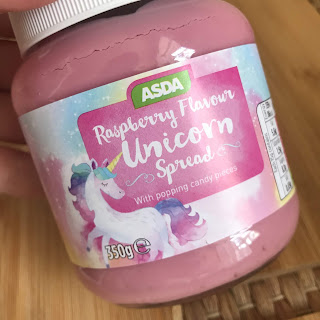 Costing £1.50, and simply described as “raspberry flavour Unicorn spread with popping candy pieces” this is indeed very similar to the spread I tried from Aldi back in 2015. It doesn’t contain white chocolate, and only the popping candy contains cocoa butter in the ingredients. It consists of a mixture of sugar, oil, milk powder, buttermilk powder etc. 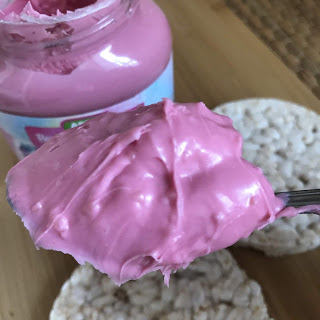 It’s nice and gloopy with the popping candy pieces just visible in the pink mixture. Just the right texture to spread...which I did on rice cakes (I know, boring, but I like them ok!) 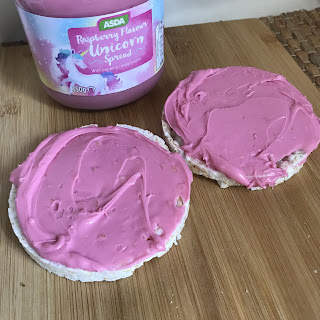 The spread has a strong raspberry smell, and definitely isn’t skimping on it! 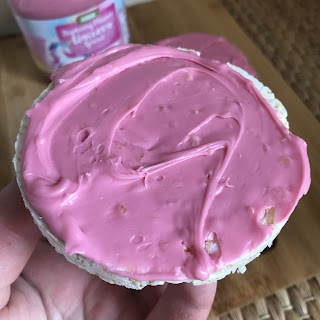 I took a bite, and was met with a super sweet, milky taste with a good strong tart raspberry flavour. The popping candy crackles gently in your mouth - kind of fun I guess, although I’m not the biggest fan of it. The sweet raspberry flavour is the main attraction. 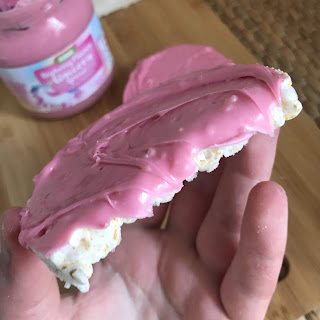 Overall, I have to say I think this is a fun product, it’s a bit different in terms of spreads and it’s about time we got something new in the UK. The popping candy is a bit gimmicky but hey, it’s s kids product so I’m sure they’ll love it! Also if you have a sweet tooth and like pink and/or unicorn things this is one for you too!