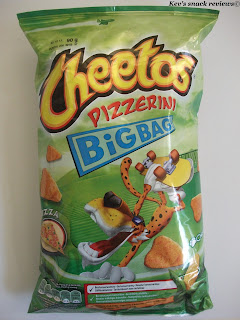 Whilst on the hunt for the Cheetos Robalos reviewed here by Grocery Gems, I came across this pizza flavoured variety and a cheese and ketchup "Arcticos" variety, in a local Polish import store. I haven't had real Cheetos in years but I know they are very popular in America, and also Poland too it seems.

These Cheetos Pizzerini didn't really resemble "proper" Cheetos; they are triangular and "pizza" shaped rather than knobbly like the originals: 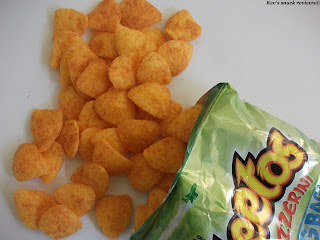 Taste-wise, they were okay. The flavour wasn't very strong, they just had a mild herby tomato flavour, with more emphasis on the herbs. They were quite boring to be honest and I didn't bother finishing the bag. They just didn't taste rich or exciting enough.

Overall, if you're a fan of Cheetos these might be worth a one-off try, but they are nothing compared to the originals so you have been warned! 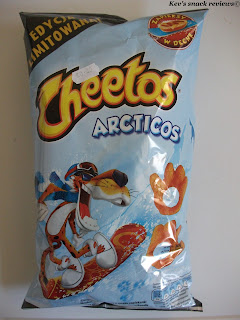 This Limited Edition "Arcticos" varient was much better. It has a picture of cheese and tomato ketchup on a bread bun on it, so presumably the flavour is meant to be cheese and ketchup. I couldn't tell as there was no English writing on the pack. 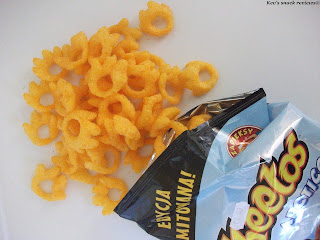 The flavour was very rich and full on, with a spicy tomato tang. They were much crunchier in texture than the Pizerrini variety, and tasted very addictive. I soon munched through most of the bag. Like the Pizzerini though, these aren't really "proper" Cheetos as they have a completely different shape; they're practically a completely different crisp. They're tasty though and if you happen to see them I would recommend giving them a try.

Overall, these Polish Cheetos varients make a nice change from the norm, but I think they would be better if they had kept the characteristic Cheetos knobbly shape and texture.
Cheetos