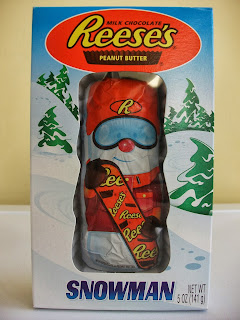 Is this a Reeses's Peanut Butter Chocolate Snowman? Why yes, it is indeed! I found this in the Christmas section of Tesco recently for a hefty £5, with my only justification for paying so much being that it's peanut butter and chocolate, and a large amount of it too!

The snowman contains a 60% milk chocolate shell with a 40% peanut butter centre, and is manufactured by the Hershey's Company in the USA. Opening the box revealed a foil-wrapped snowman complete with skis encased in what appeared to be a block of ice. Like the Han Solo of Snowmen! 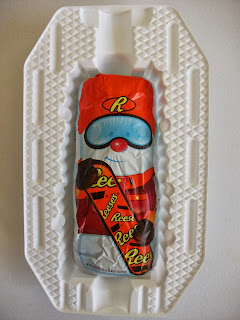 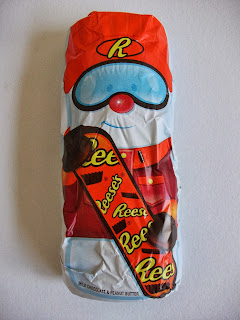 Unwrapping the foil revealed quite a hefty slab of chocolate. Unfortunately it didn't look very snowman-like; if the box hadn't stated this was a chocolate snowman I would never have guessed! 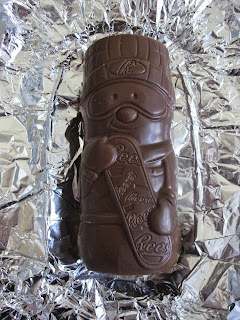 Cutting off a slice revealed the peanut butter centre. It was quite stodgy and fudge-like, with a very thick chocolate shell. 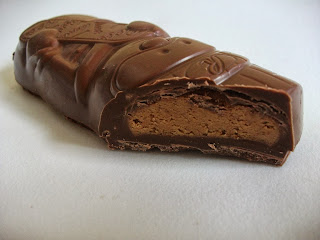 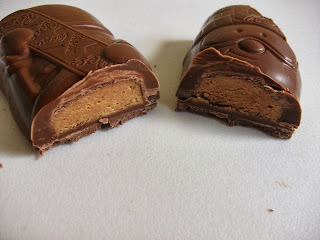 I cut off a piece and tucked in... 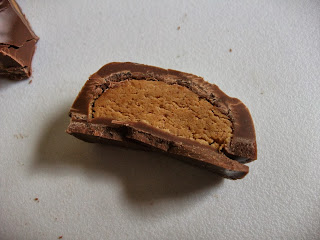 The chocolate was very sweet and milky, but it was the plentiful amount of peanut butter that really stole the show. It tasted salty, savoury, sweet and very very moreish! It was like a more intense version of regular Reese's Peanut Butter Cups, but with more emphasis on the peanut butter. The sweetness of the chocolate was a lot more noticeable due to its thickness, and became a little bit too much after a few pieces. This is definitely not something you'd want to eat a lot of at once, and is probably best shared with friends and family in small amounts. 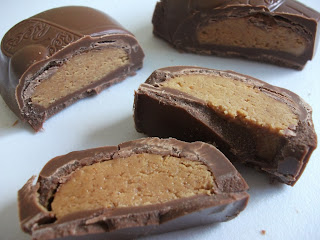 Overall, this is a fantastic treat for peanut butter lovers. It's a bit pricey and is very sweet and rich, but hey isn't that what Xmas food is all about? I'm secretly hoping they'll be reduced in price closer to Xmas, anyway!