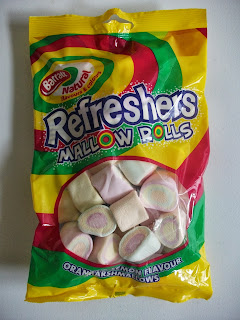 I was really intrigued to find these Refreshers Mallow Rolls in B&M recently. I used to love Refreshers sweets as a kid, but the idea of them as marshmallows sounded interesting if a bit odd! 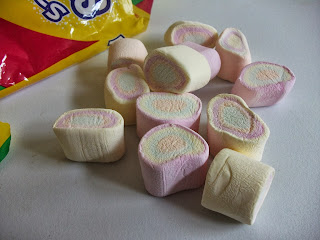 They come in orange and lemon flavours, and the mallows were very large and squidgy. They had a familiar Refreshers citrusy flavour which was quite odd - I'm not really sure it worked as a marshmallow flavour to be honest! They were also ridiculously sweet. 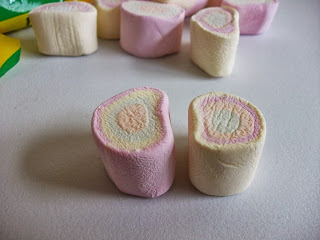 Overall, these Refreshers Mallow Rolls are an interesting idea but they didn't really work in practice. Kids might like them, but there are far better sweets out there to choose from. I've only seen these in a handful of discount stores so far, so I'm not sure if they are being launched officially or not.

Were you a fan of Refreshers sweets as a kid? Let me know in the comments :)

Price: Around 99p at B&M Bargains.
Suitable for vegetarians?: No - contains gelatine.

RATING: 4 out of 10.
Barratt Refreshers