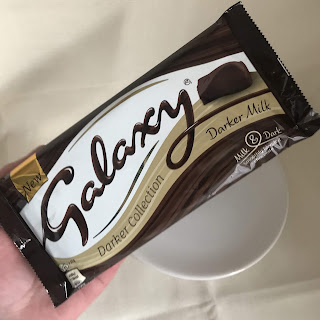 Since the Cadbury Darkmilk surprised me with how nice it was, I thought I'd review one of its new competitiors in the form of this Galaxy Darker Milk. The name itself amuses me - it's almost a sly implication that it's darker and thus better than Darkmilk. But is it? 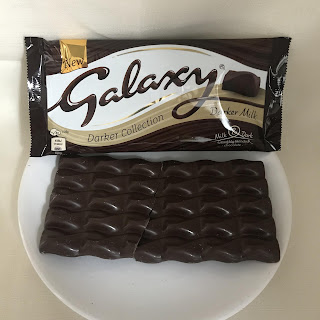 Firstly, it contains very different ingredients to Cadbury Darkmilk. The cocoa solids are 33% (much less than Darkmilk's 40%) and the ingredients contain lactose and whey protein, as well as palm fat. The Cadbury Darkmilk is already ahead of the game in that respect since it doesn't contain palm fat. 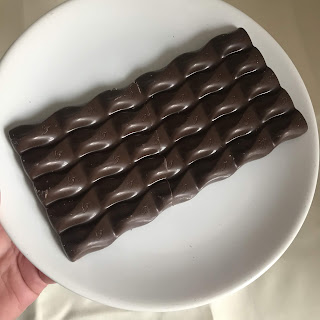 Firstly I have to say I like the block design of this bar - it's sleek and curved and a lot nicer than the Darkmilk. The 110g bars are available from Tesco and Asda now for around £1.50, and there's also a Hazelnut variety. 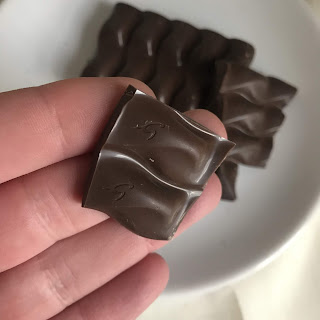 Unfortunately it has a very odd taste. When I first bit into it I was taken aback a little...it tasted smoky?! I thought I must have gotten a bad bar. This odd smoky flavour was then followed by the taste of calendar chocolate...you know the stale, chalky stuff. I persisted in eating more in the hopes of tasting something resembling Galaxy at all. Eventually I could detect the creamy Galaxy taste and texture, it's hard to describe but I'm sure you all know what I mean. The bar is described as a "blend of smooth Galaxy milk and dark chocolate" so I guess this is why the milk chocolate was hidden behind the dark. The result is just an odd, smoky tasting concoction that has a Galaxy flavour that isn't improved upon. I'm wondering if the cocoa beans Mars use are just poor quality?

After posting a quick review on Instagram a few people in the comments also mentioned the smoky taste, confirming I'm not alone (I thought I was going mad haha!)

Overall then, what can I say but this is just an odd bar that doesn't seem to have been thought through. I can't imagine it will stick around when Cadbury Darkmilk already does the same thing better, and even that bar is hard to find in shops.

Have you tried Galaxy Darker Milk? If so what did you think of it?

Random bit of nostalgia...who remembers Galaxy Promises bars (shown above), which were blocks of milk and dark chocolate mixed together in the same bar? Leave a comment if so!