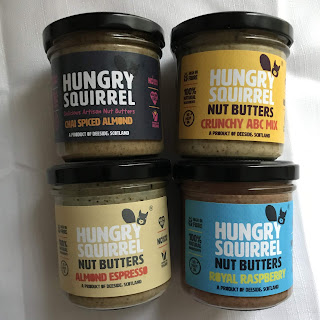 A huge thanks to Hungry Squirrel who kindly sent me some of their of tasty nut butters to review recently. They are a Scottish company based in Deeside and their nut butters are all vegan, gluten free and some are even sugar free. One has also won a "Healthy Choice Scotland Food and Drink Award". Woo hoo!

The flavours they sent me were Chai Spiced Almond, Royal Raspberry, Almond Espresso and Crunchy ABC Mix. And I have to say I loved them all and can see why the ABC mix has won an award. 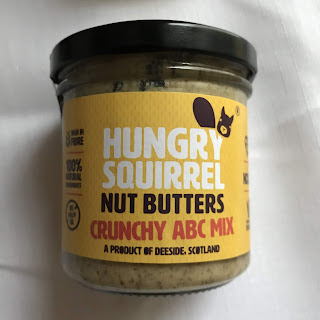 The ABC Mix consists of almonds, brazil nuts, cashews and sea salt - no sugar! And it honestly didn't need it - it tastes creamy, nutty, salty and savoury all in one - presumably the cashews give it a natural sweetness. 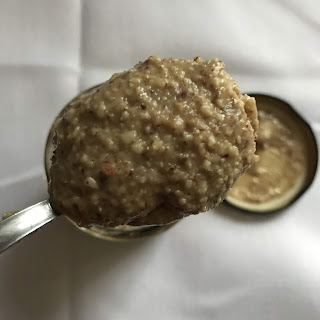 The brazils give it an earthy taste that mixes well with the other nuts. I seriously loved this and couldn't get enough! 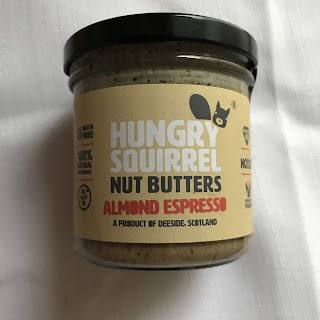 The Almond Espresso one I was very excited to try...because I do love coffee! It's almond butter with added ground coffee, agave syrup and sea salt. At first I wasn't sure about this one. 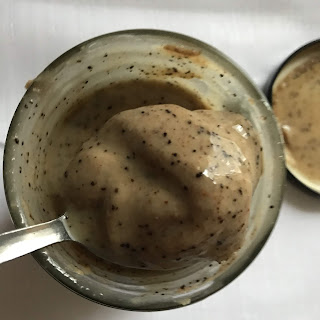 But after coming back to it I enjoyed the mix of subtle coffee flavour and savoury sweet nuttiness, it gives a nice coffee flavour that makes an otherwise regular almond butter a bit more exciting. 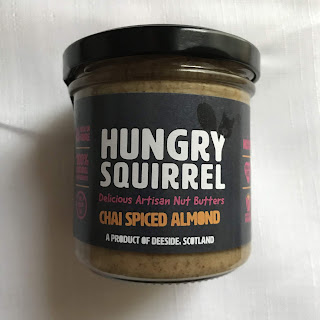 The Chai Spiced Almond was superb! Seriously this stuff is so tasty and the flavours are full on Chai. It has all of them in there - cloves, cinnamon, cardamom and black pepper, but for some reason I could taste the nutmeg most, and while I was eating this it kept reminding me of something...Custard Tarts! You know the ones you get in the chiller sections sprinkled with nutmeg? 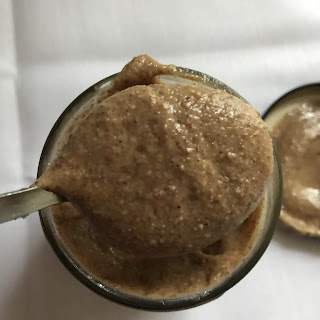 The creaminess of the nuts mixed with the spices makes it like those - almost dessert like. If you're a fan of anything chai based like chai teas or lattes, you have to check this one out! 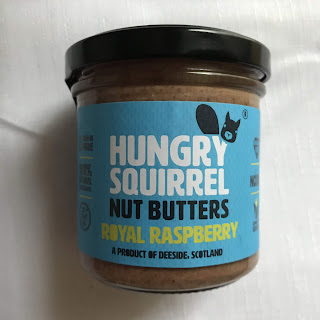 The Royal Raspberry consists of almonds, freeze dried raspberries, agave syrup and sea salt. I'll be honest I didn't love this one. 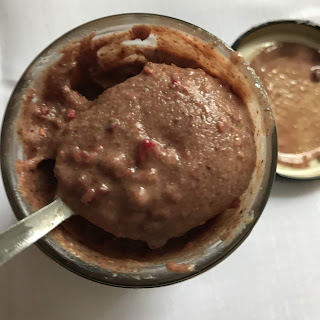 It's interesting to have a fruitier nut butter with the dried raspberry pieces in, but for me the tart flavour of them is a little jarring mixed with the almond butter. Could be just personal preference - I've never enjoyed dried raspberry too much. I'm thinking other dried fruit would be lush in a nut butter though...sultanas, raisins, apple...yum!

Overall, I have to give Hungry Squirrel a huge thumbs up for these nut butters. All were great quality, and even though I didn't love the raspberry one the idea is fantastic. I've never really seen flavoured nut butters of this type before so kudos to them for their innovation. I see on their online store they do a Cookie Cashew variety, now that sounds interesting. Do check out these guys if nut butters are your thing!