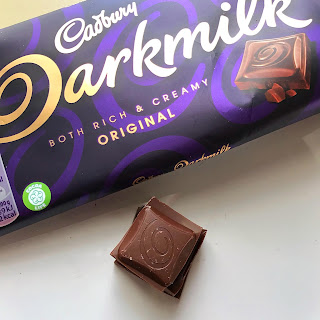 It took a while but I've finally gotten around to trying the New Cadbury Darkmilk. This is available now from most supermarkets in an Original and Almond variety, and I found this Original one for £1.50 at Tesco Express - a bit more than I'd like to pay for Cadbury chocolate but hey, it's supposedly better quality so maybe it's worth it?! 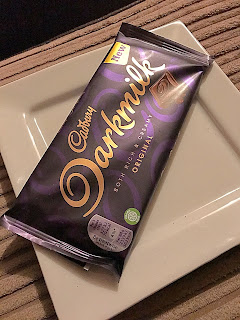 The bar has been billed as a richer alternative for those who like chocolate that's both creamy and dark - a tough challenge it seems. The bar weighs in at 85g and contains a minimum of 40% cocoa solids, substantially more than Dairy Milk but less than a semi-sweet dark chocolate. The presence of milk is of course what sets this apart, hence the name Darkmilk! 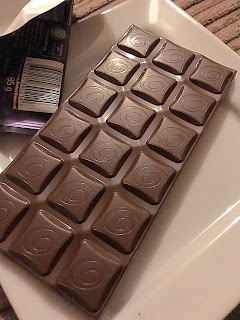 I really wasn't too excited at the prospect of trying this; I was assuming it might be like the Milka Dark bars that Mondelez produce in other countries, which although aren't bad they're not what I really want from a bar like this. 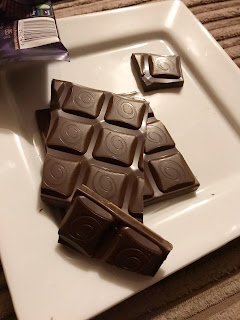 But it took me by surprise! This tastes different from anything I've tried from Cadbury-Mondelez, it has a different flavour profile to Dairy Milk and other Cadbury chocolates and is pretty much what it sets out to be - a richer version of a milk chocolate bar! It's neither too milky or sweet like regular milk chocolate, nor is it just dark chocolate with a bit of milk added. I found the taste very moreish actually, and felt like I was eating something posh and definitely not something made by Cadbury! It didn't even have that greasy texture that Dairy Milk has, probably because it doesn't contain vegetable fat but rather, milk fat. 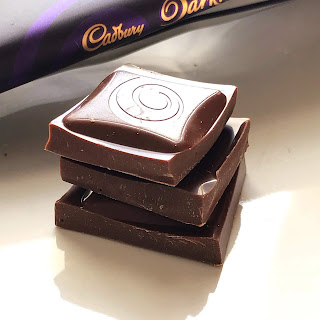 Would I buy this again? Actually, yes I would and that's saying something. It's a big step up from standard Dairy Milk and combines the best of both worlds. I do think they missed a trick by not going for a vegan option, since it's so trendy right now, and honestly many people just prefer to avoid dairy (if you're looking for a delicious and creamy vegan bar - do check out my review of Waitrose 1 Indian Ocean Coconut Chocolate. It's the best vegan "milk" chocolate out there, bar none!)

Overall then, if you've been curious about this new Darkmilk from Cadbury I would highly recommend giving it a try. Despite a lot of the things they've gotten wrong since Mondelez took over, this is one of those things they've done right!