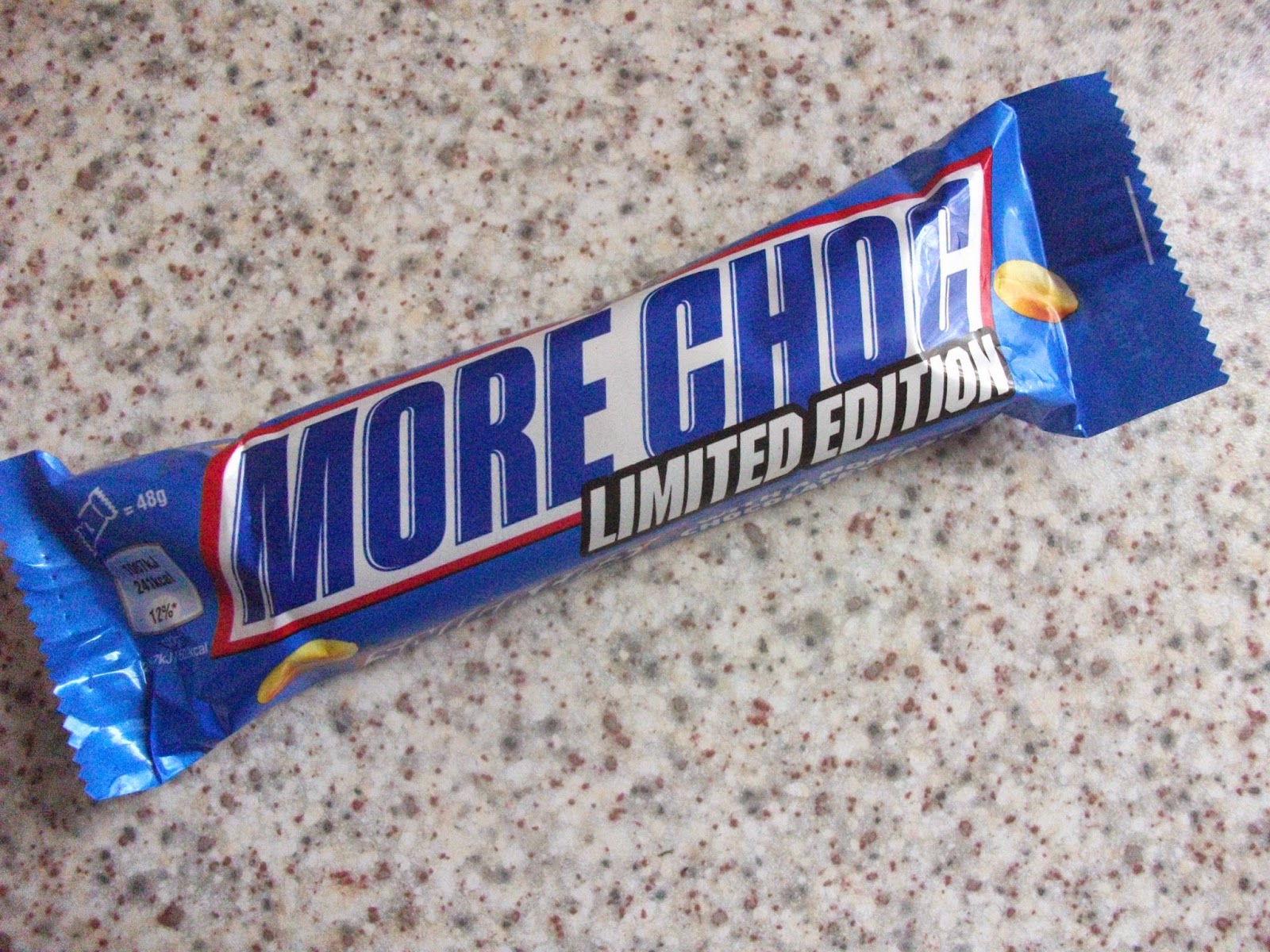 Mars UK recently announced the launch of some "new" Snickers Limited Editions, although they're not really that new - Snickers More Caramel and Snickers More Nuts were first brought out in January 2013 - and were so popular with the British public that Mars have chosen to bring them back. This time they're joined by a newbie...Snickers More Choc. 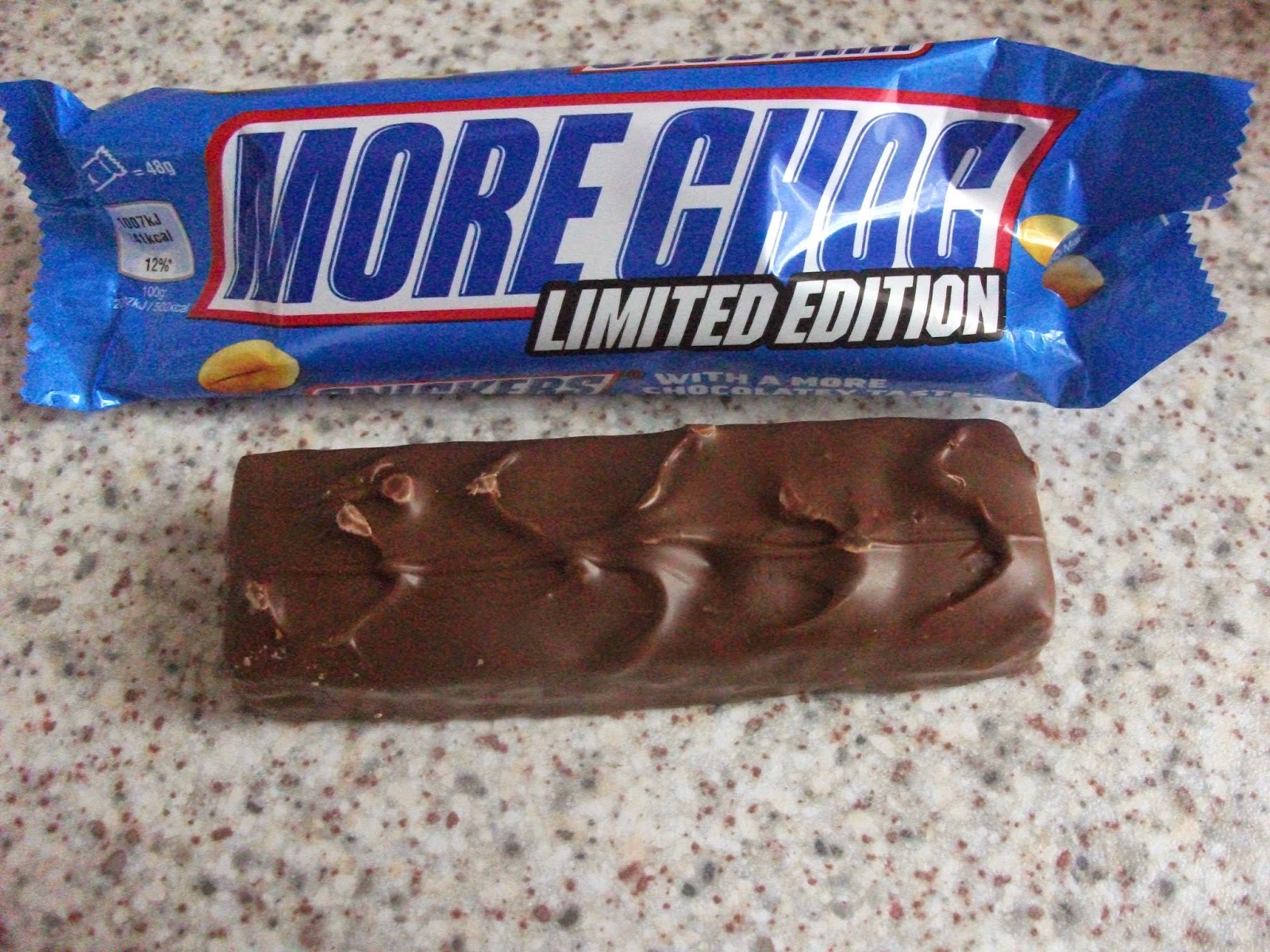 This Snickers contains chocolate flavoured caramel as well as chocolate flavoured nougat, hence the name. When I opened the wrapper I have to say I was shocked by how small the bar was...this is not a real Snickers, it's more like a Milky Way! I'm not sure how Mars can justify reducing the size so much. 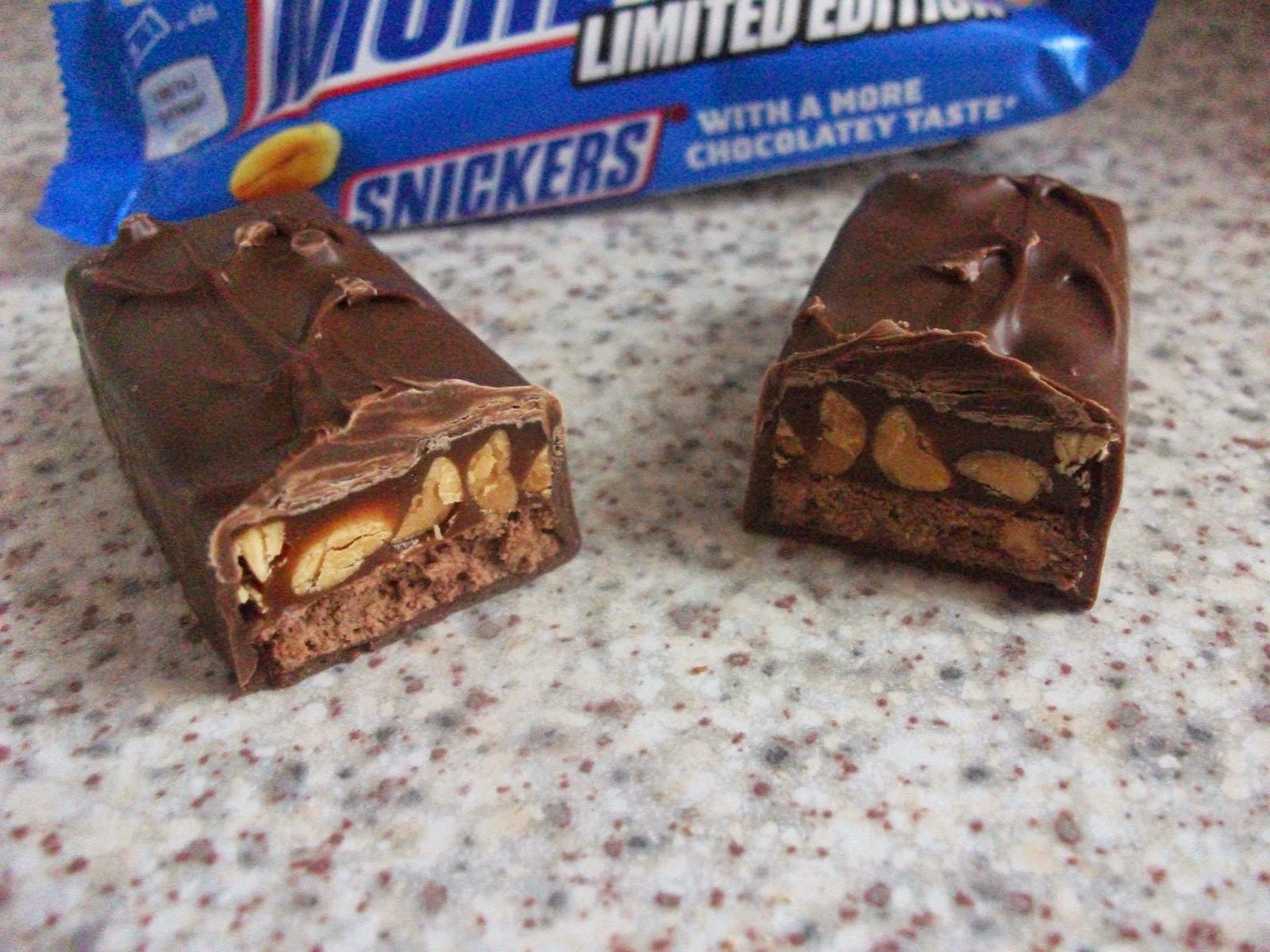 Overlooking that, I cut into the bar which revealed the chocolatey caramel and nougat centre. 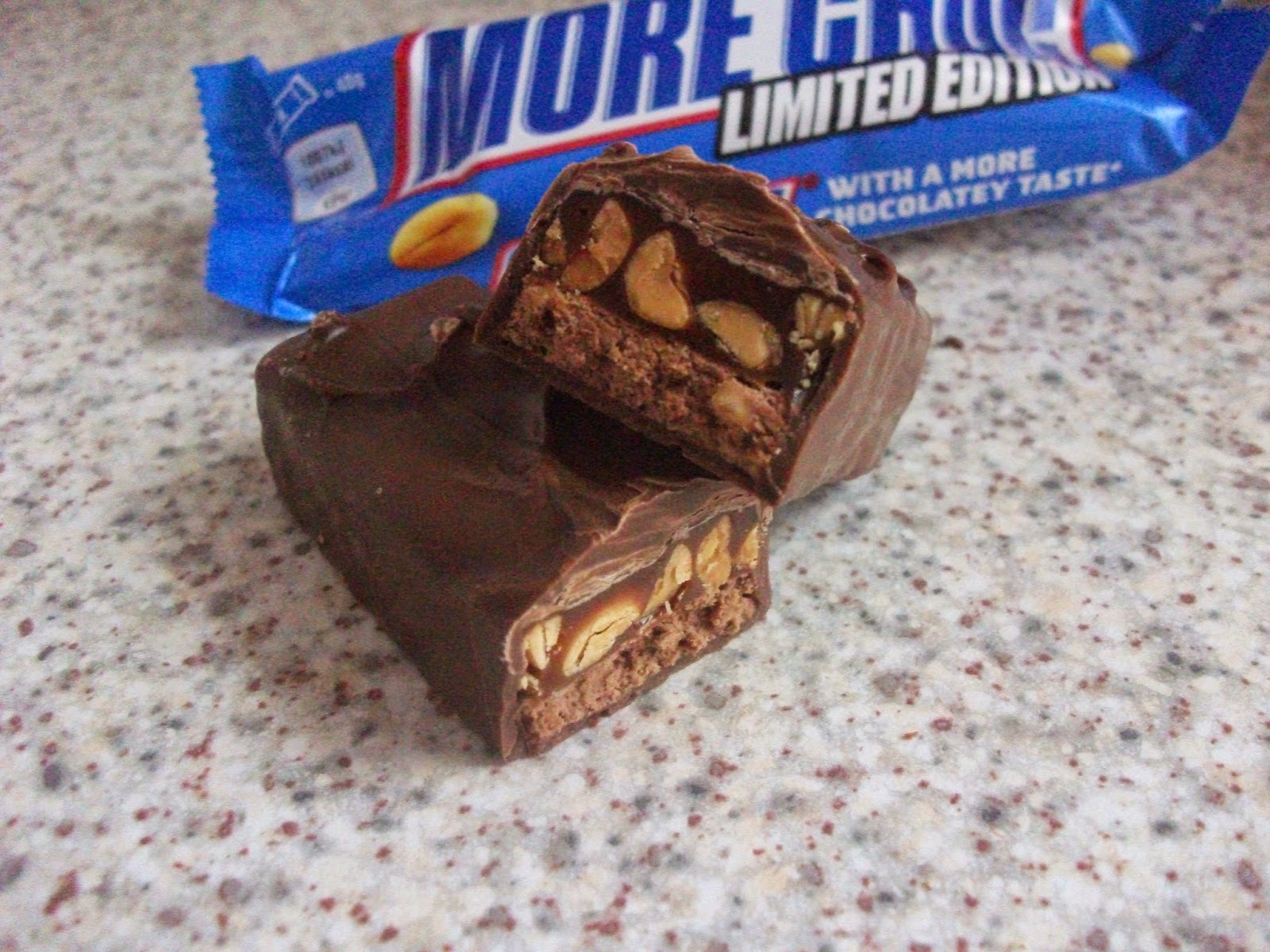 Taking a bite, I have to say it did have a more intense chocolatey flavour than a regular Snickers. It was very sweet and rich, but I'm not sure I preferred it over regular Snickers as the extra chocolate flavour detracted from the fresh peanuts and sweet caramel somewhat. Still, it was a nice enough Snickers bar and very satisfying.

Overall, as great as it is to see Mars trying something new, I think they could have done a lot better with these Snickers Limited Editions. More caramel and nuts is always a good thing, but why not change them up a bit by adding different flavourings, like orange, mint, or even coffee? Personally I'd find that a lot more exciting!