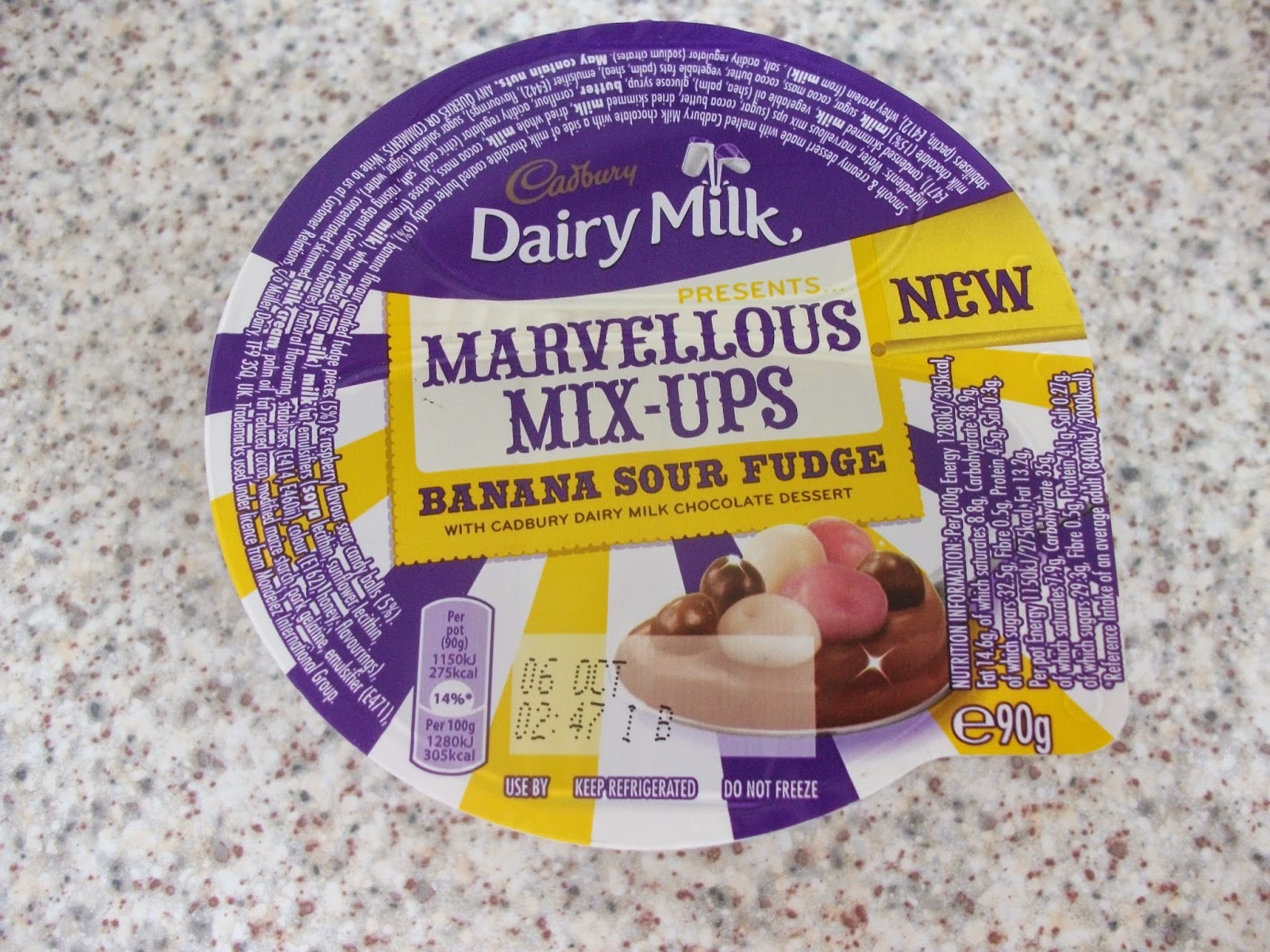 Cadbury are churning out a lot of odd flavour combinations recently...first they did a Cherry Cola Fizz dessert and now this - Banana Sour Fudge! I have to wonder if anyone actually likes these odd flavours they keep bringing out; sure, they're interesting and novel, but the novelty must wear off eventually. I guess that's why they're just limited editions... 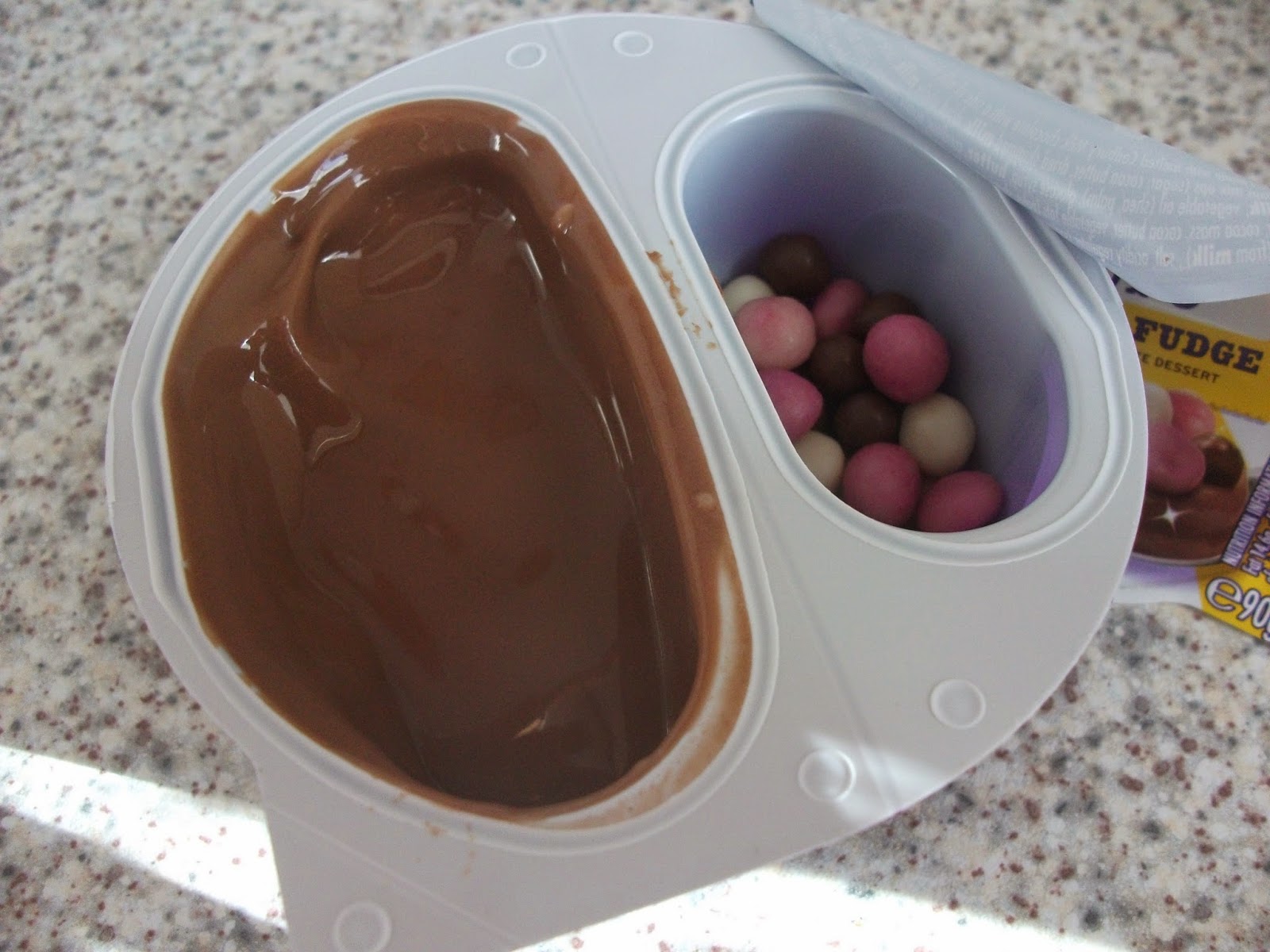 This dessert is described as "Smooth & creamy dessert made with melted Cadbury Dairy Milk chocolate with a side of milk chocolate coated butter candy, banana flavour candied fudge pieces & raspberry flavour sour candy balls". A weird mis-mash of flavours if ever there was one! So how did it taste...? 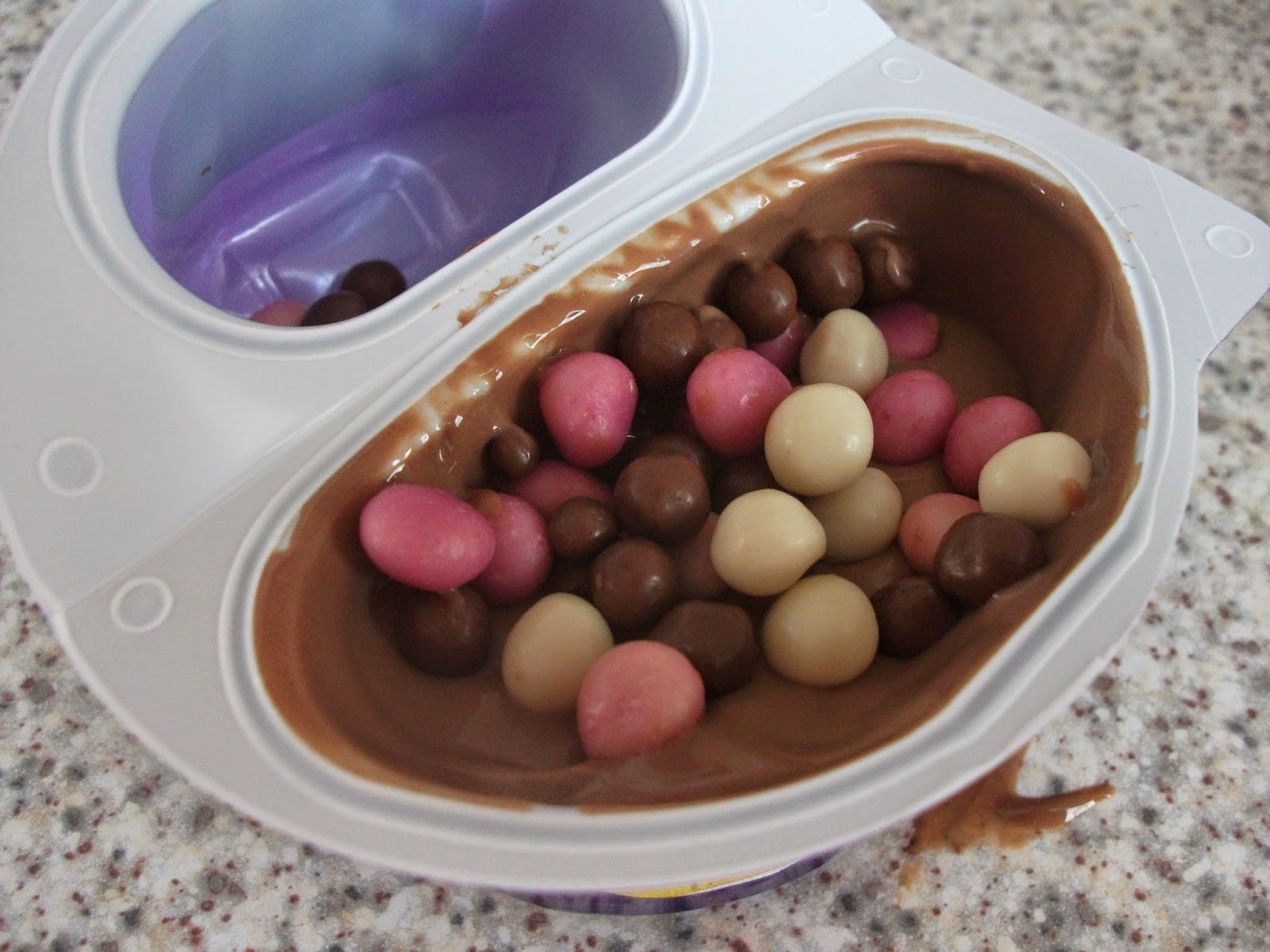 Well, firstly the chocolate dessert itself was very nice, it's pretty much the same as Dairy Milk Pots of Joy and the smoothness and creaminess is very welcoming. Adding the goodies and mixing them in produced an interesting taste sensation...lots of artificial fruit flavours; sourness from the raspberry, artificial banana flavour, a little butteriness from the fudge and butter candy, and some crunchy textures going on too. It really is a party in your mouth...and quite a fun one, but not something I would want to eat regularly.

Overall, this is definitely an interesting combination from Cadbury, and kudos to them for trying something so out there. If you're a fan of banana I wouldn't rush to try this but if you like mad combinations this is definitely for you. Now, if only they would actually do something with peanut butter in...everyone is waiting, Cadbury!