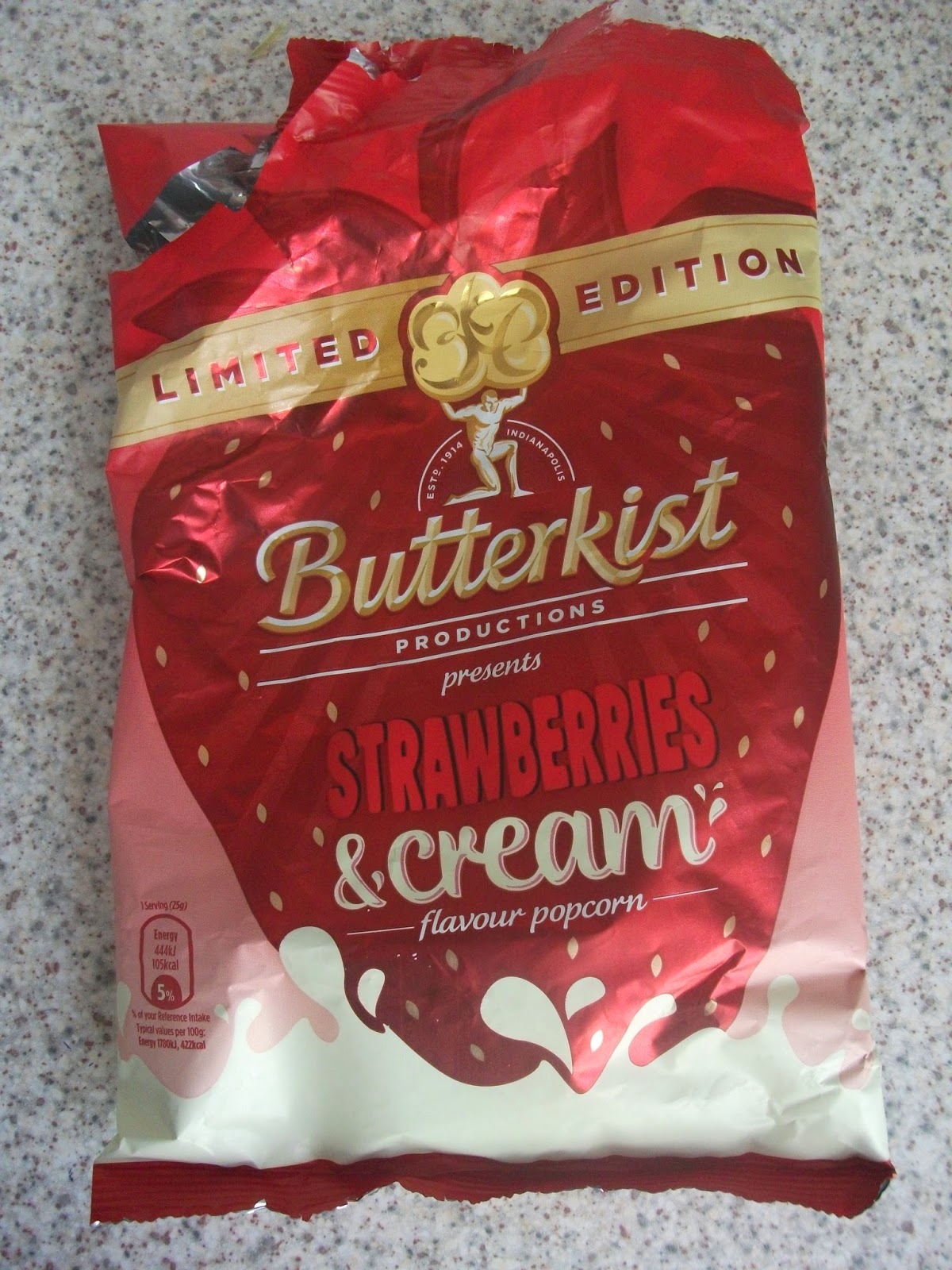 Whilst in Morrisons recently and in need of a snacks fix, I decided to give this Strawberries and Cream Limited Edition Butterkist a try. I've seen it around in shops for a while, in fact it was meant as a limited edition only for the Summer months, I believe. Since it was reduced in price (presumably to make way for the Salted Caramel 100th Birthday limited edition) I thought "may as well try it!" 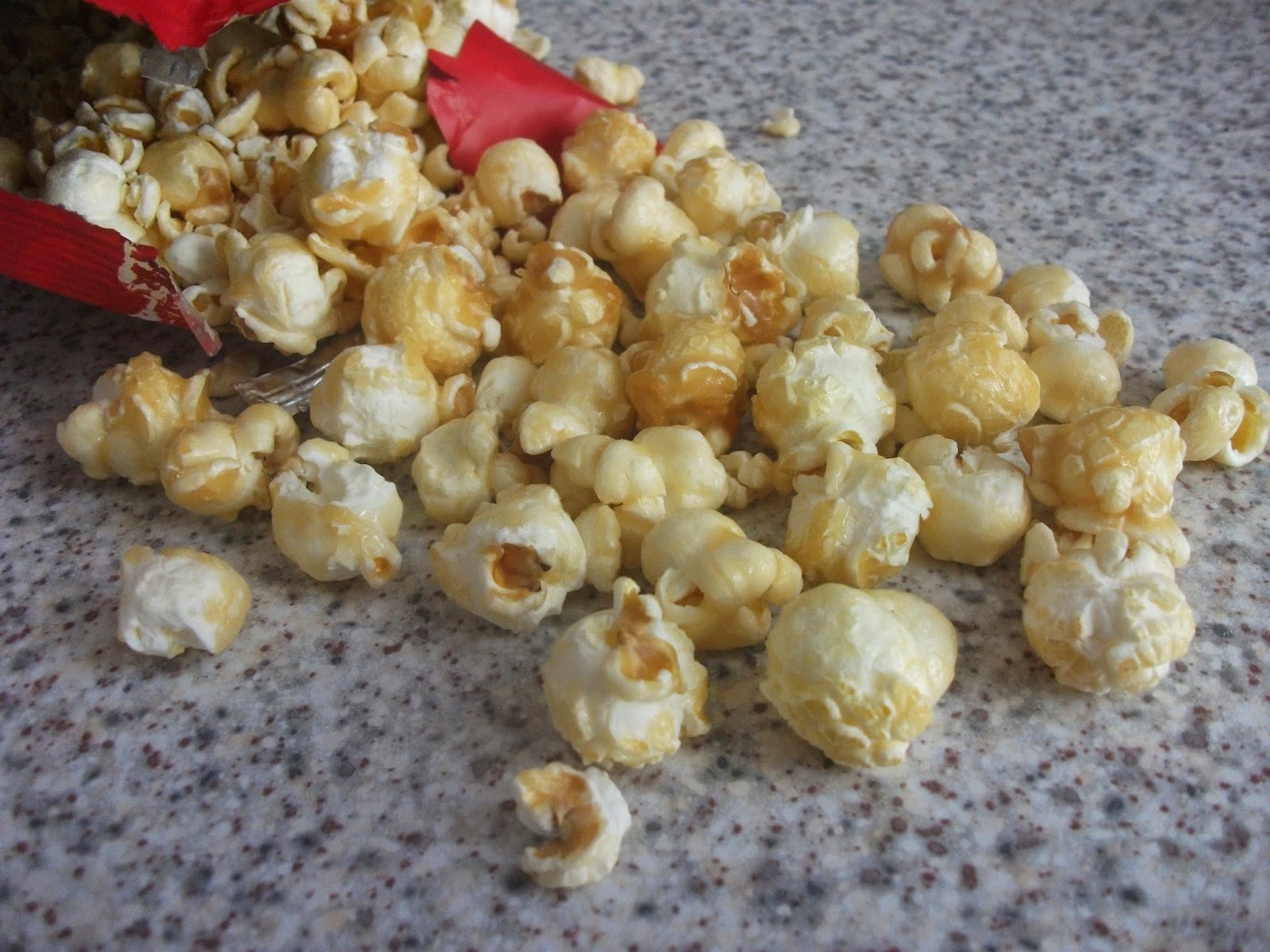 It tasted pretty much like I expected...regular sweet Butterkist popcorn, with a vague flavour of strawberry. Nice enough, but nothing groundbreaking. In fact I would say the strawberry flavour didn't really work that well with the popcorn...I'd rather have a strong caramel or salty flavour instead. I'm reminded of the Toffee Apple Butterkist flavour I reviewed last year, which was also rather disappointing. Seems like the flavours of fruit and popcorn just don't go together very well!

Overall, this was a nice enough snack but it's not something I would buy again.