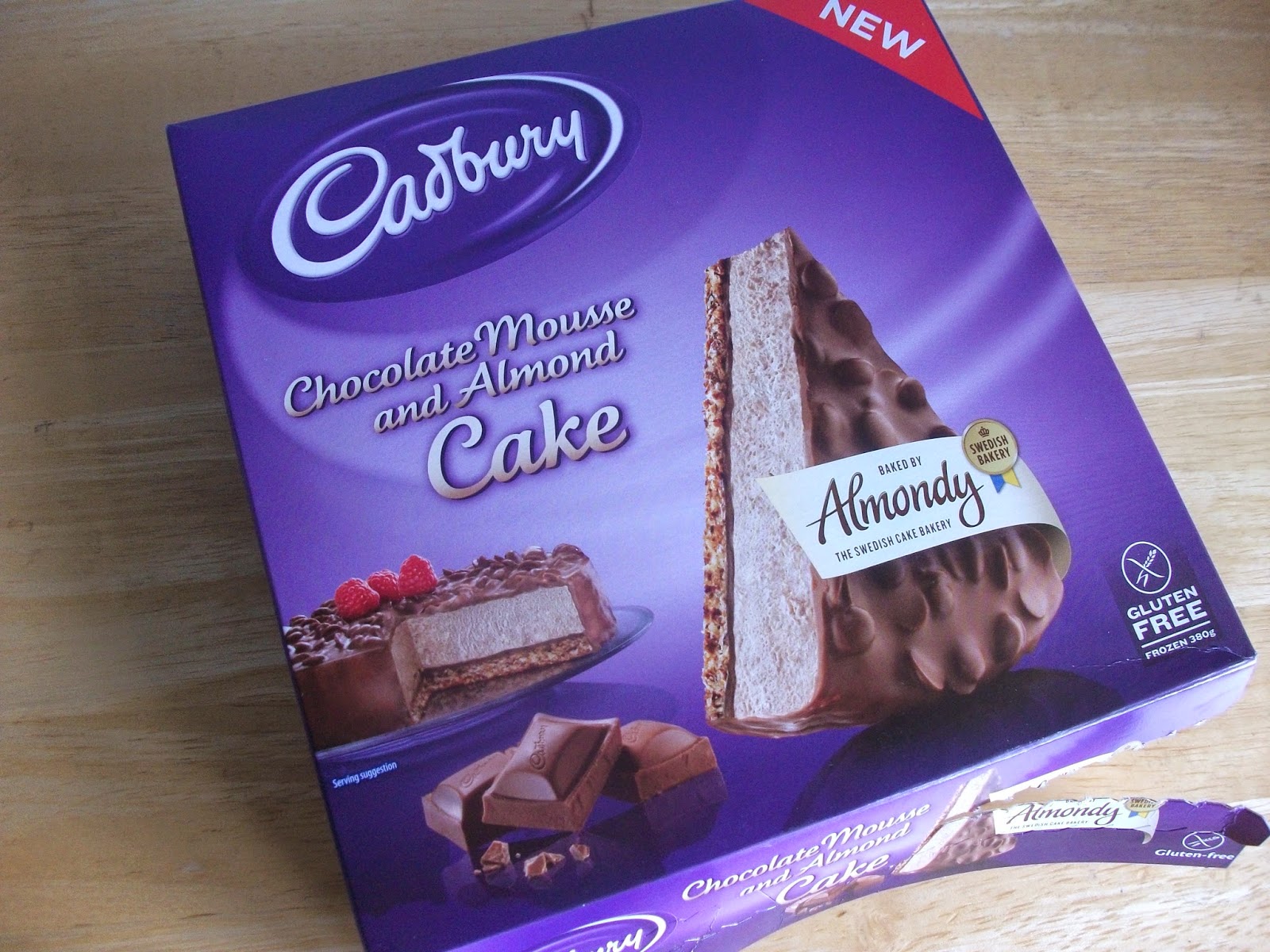 Since Morrisons had the Almondy cake range on special offer recently I decided I had to give this one a try. It's new in the Almondy range along with the Philadelphia Lemon Almondy Cake I reviewed a few months back.

Like all Almondy cakes it's made with almonds instead of wheat and is certified gluten free, making it one of the few "mainstream" gluten-free products. Hurrah!

Unfortunately it wasn't all that special. When I opened the box I thought the cake looked quite flat, with less of a fluffy mousse layer than indicated by the image on the box. 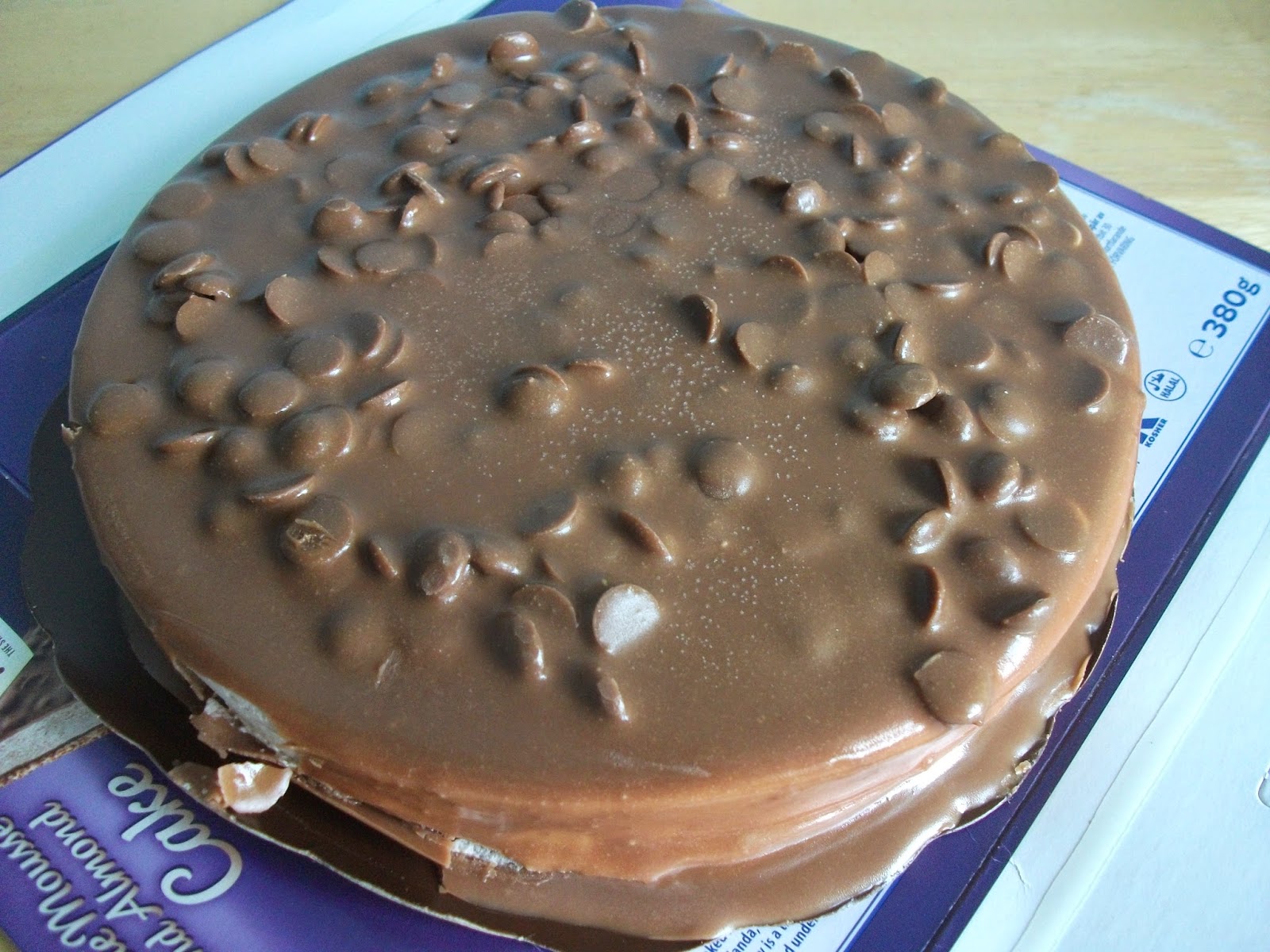 Still it looked very cool with all the little chocolate buttons embedded on top! 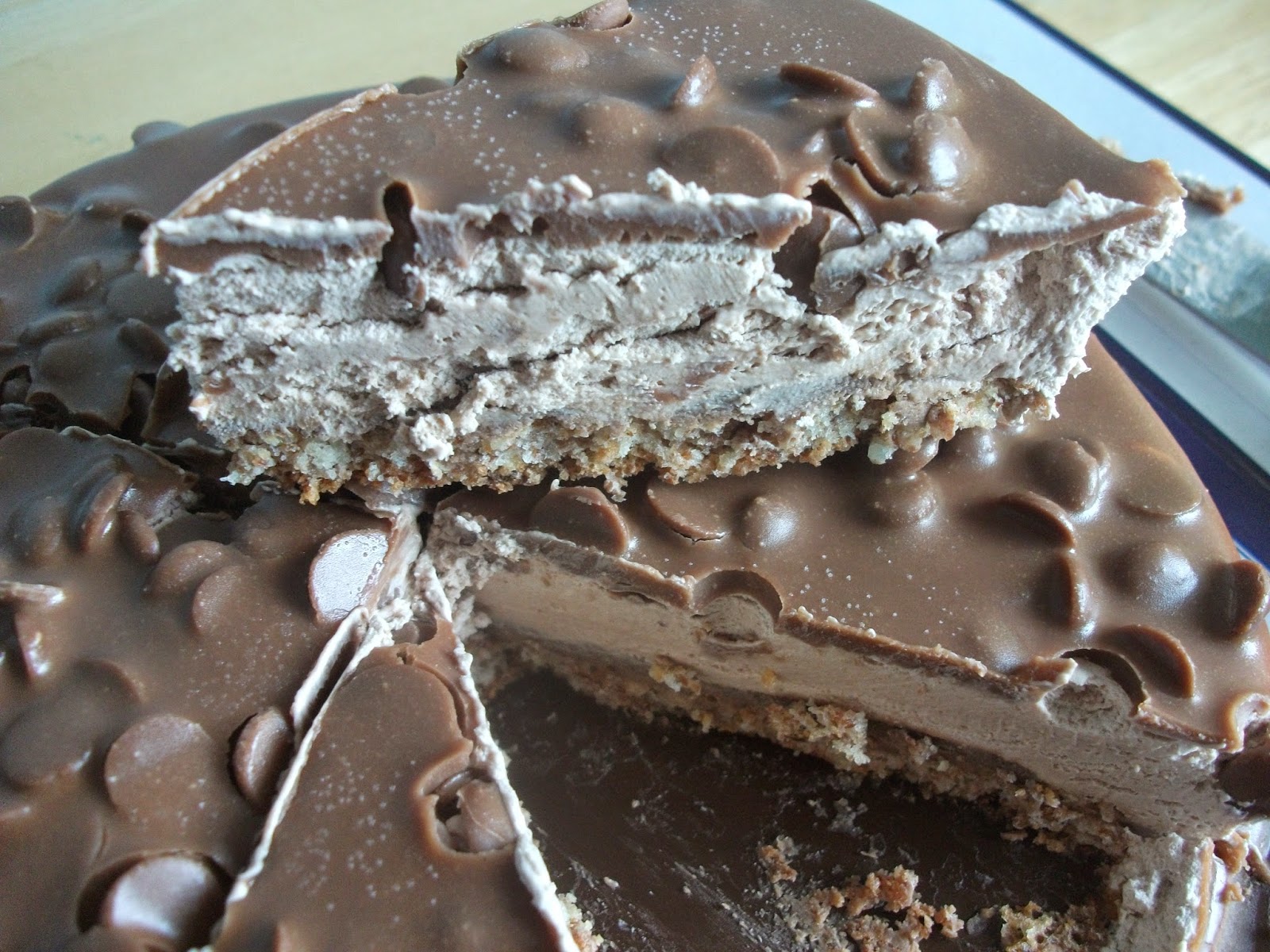 It tasted pleasant enough, with a nice textural contrast between the almond, mousse and chocolate layers, but unfortunately the mousse was neither particularly rich and chocolatey nor smooth and creamy. It was somewhere in-between and quite mild in flavour. I wasn't very impressed at all and had expected a lot more, especially since the Almondy Daim cake is so tasty. The chocolatey topping was nice though and I did enjoy the overall texture...but the mousse flavour was just lacking. On the plus side, my mother described it as "very moreish" so maybe this cake just isn't for me! 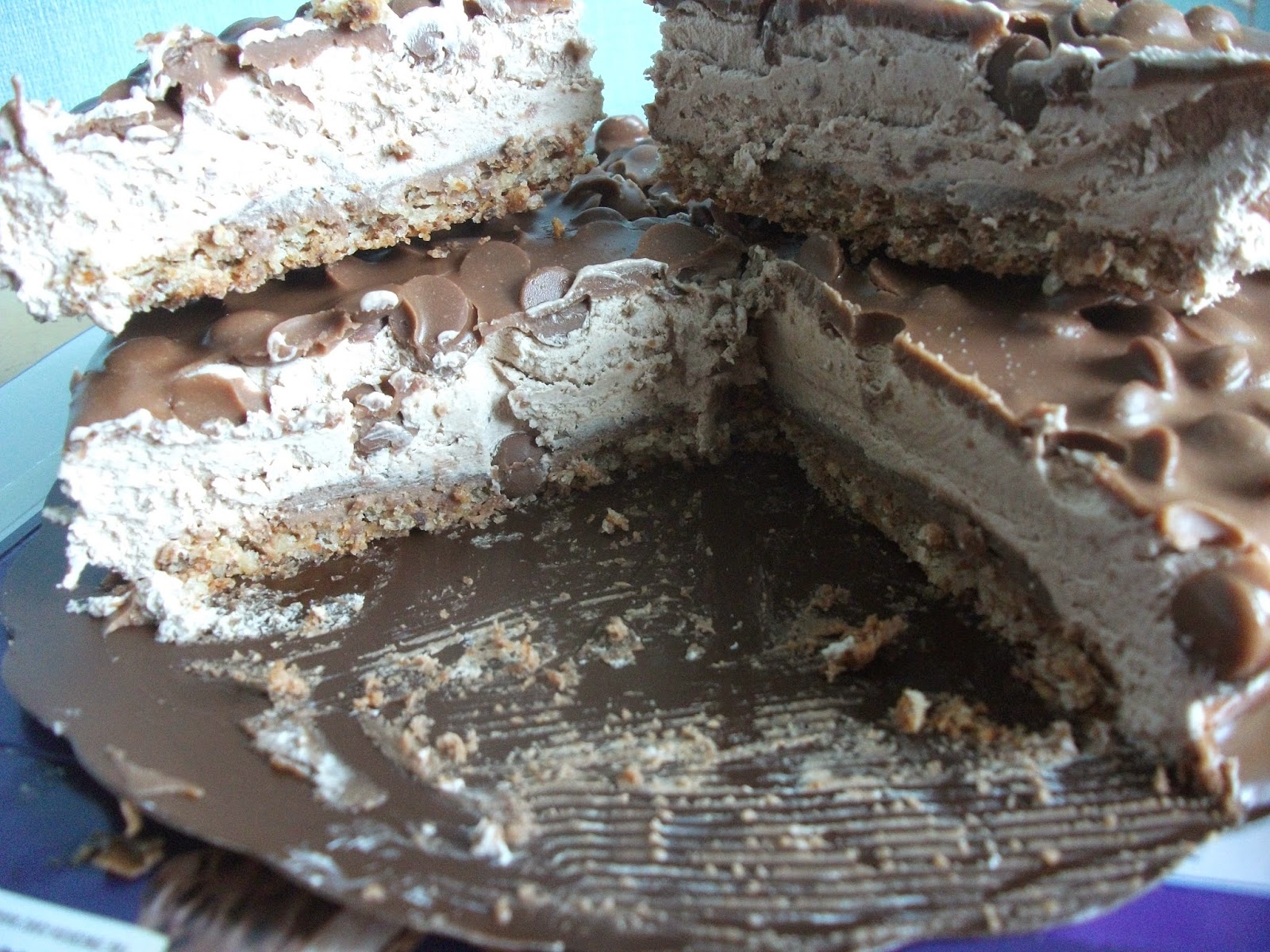 I think the problem with these new Almondy cakes is that they're trying to diversify the range but they lack what makes the originals so good - it's the dense toppings and thinness, not so much the fillings that really make them special.

Overall this is a nice alternative to chocolate gateau if you're celiac or gluten-sensitive, but they could make them much, much better! I'd like to see a Black Forest variety, or perhaps some kind of dense almond chocolate torte.