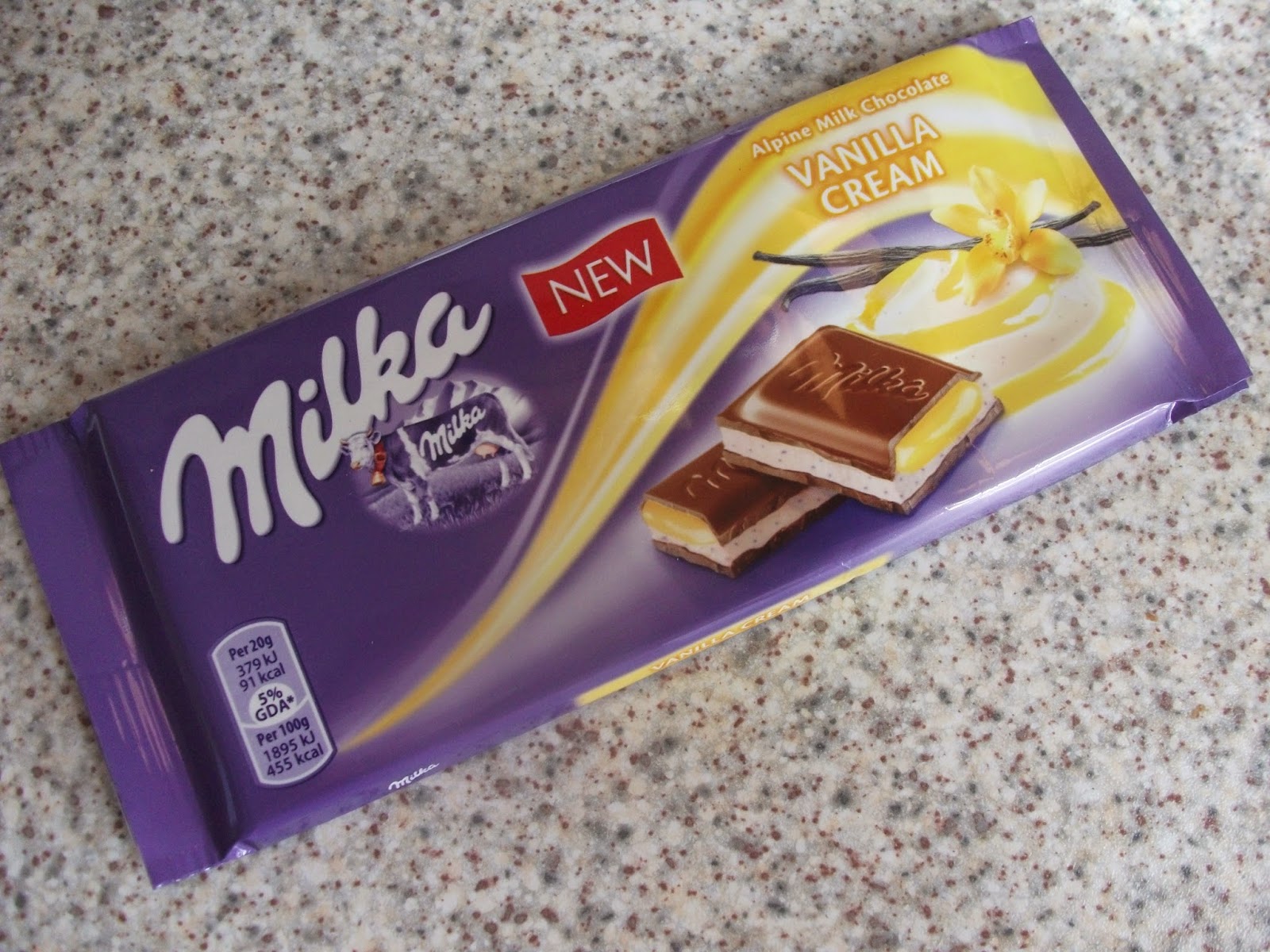 Whilst in a local import food store recently I spotted this new Vanilla Cream Milka variety. I'm not sure if it's just for the Polish market but I haven't seen it anywhere else. Being a fan of both vanilla and Milka chocolates in general I just had to give it a try! 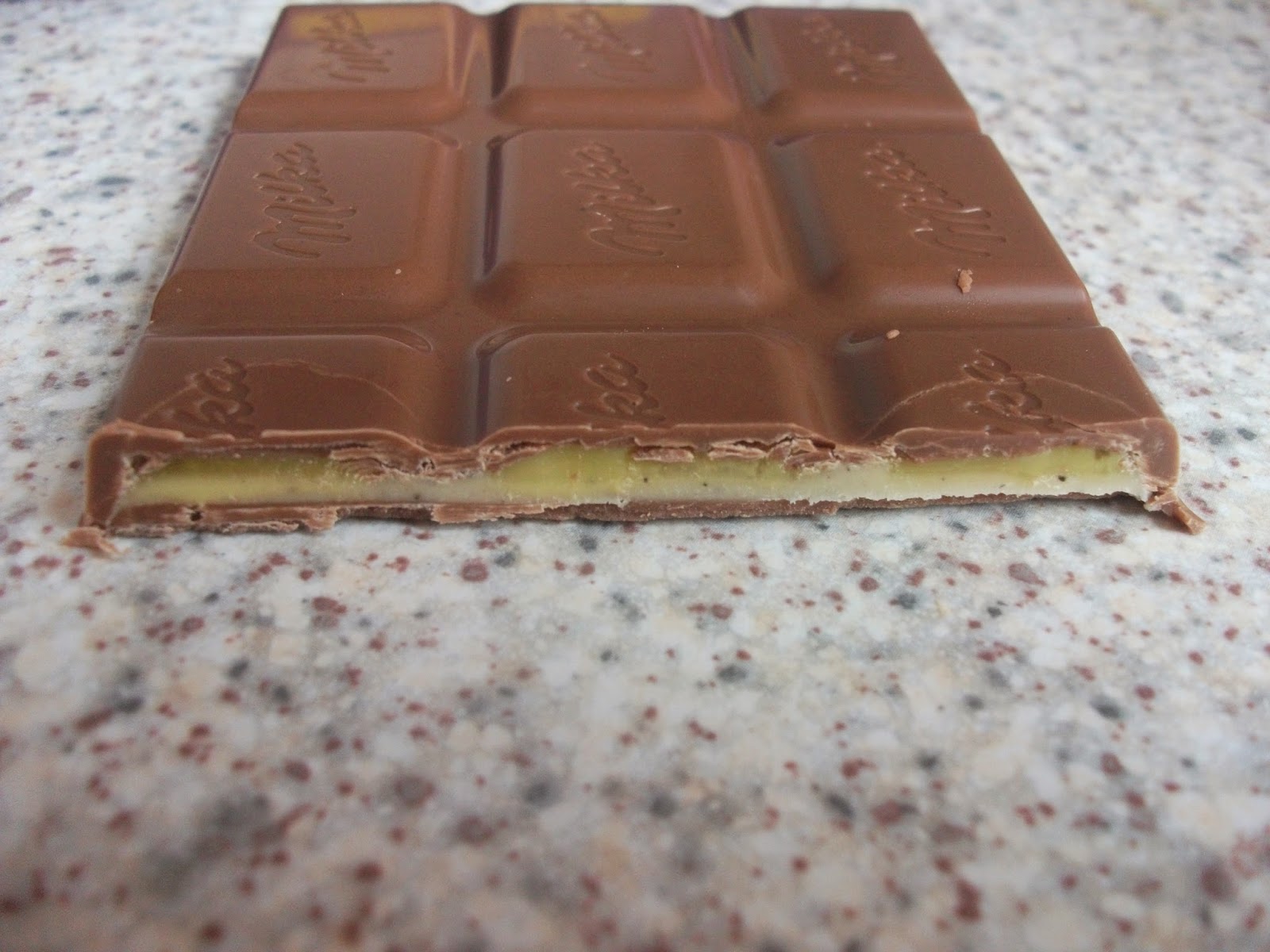 The chocolate contained a layer of vanilla cream topped with a layer of gooey yellow vanilla "sauce". It looked very intriguing; I don't think I've ever had a chocolate bar with a gooey vanilla layer before! There were speckles of vanilla seeds dispersed throughout the cream. 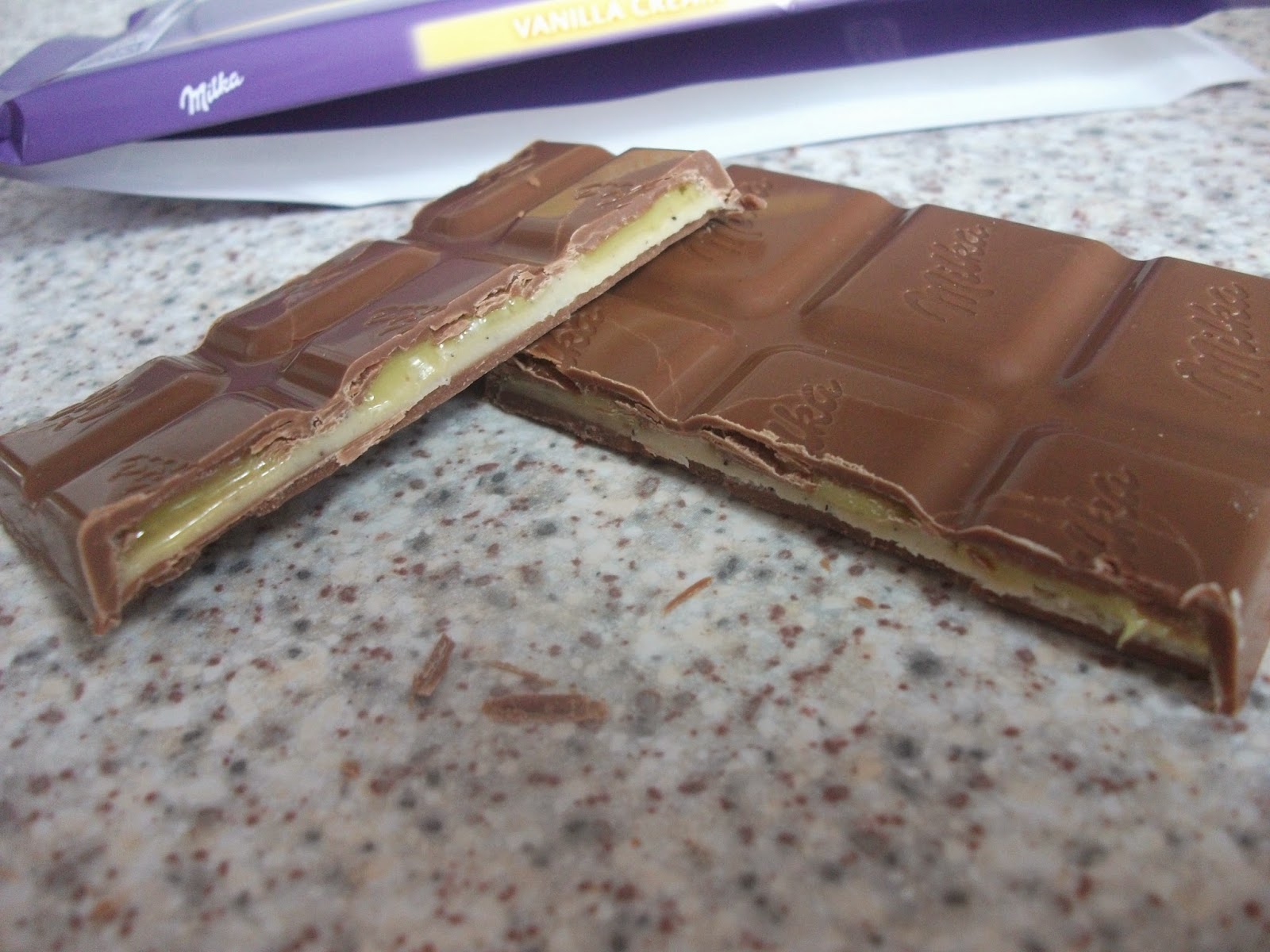 It tasted very nice indeed...the creme filling was very smooth and creamy, whilst the gooey sauce was very sweet and further added to the vanilla flavour. It was a bit on the excessively sweet side, but still very nice, especially if you like vanilla flavored chocolates!

Overall, this isn't something to rush out and track down, but it's still a very tasty bar of Milka which I'd recommend trying if you happen to find one.

Have you tried/seen this bar? If so let me know in the comments!