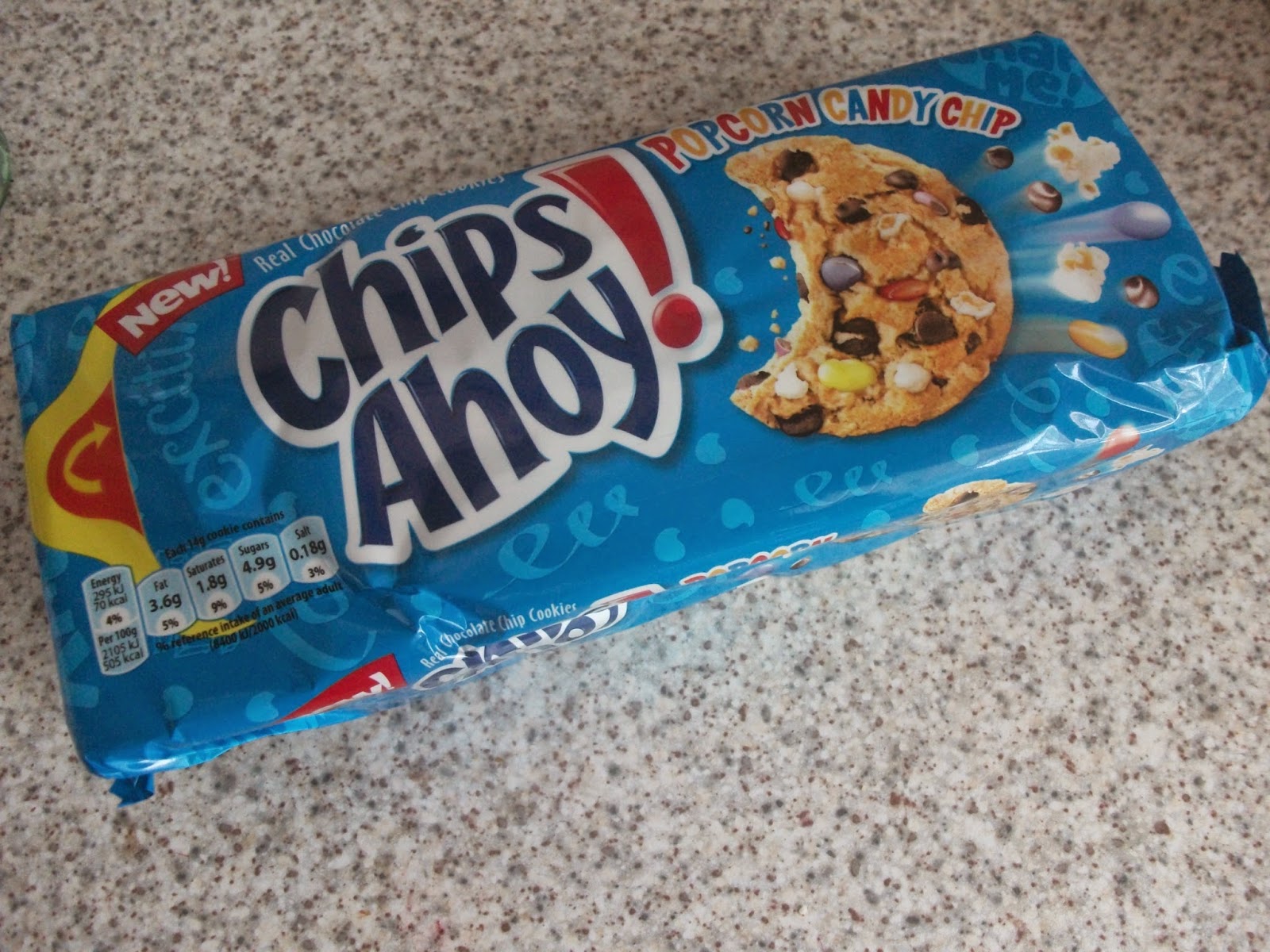 When Mondelez launched the Dairy Milk Chips Ahoy! Cookies bar last month, many found this an odd decision since Chips Ahoy! cookies are not well-known in the UK. True to style though, Mondelez were planning to launch the brand here all along and expect it to be as popular as Oreo within the next 5 years. A tall order!

I have to say I didn't expect these cookies to be in shops so quickly - Asda are already selling them for £1 a pack on special offer. There's 2 varieties: "Popcorn Candy Chip" which I'll be reviewing today and also a "Crispy Choco Caramel" variety, which I'm saving for later! 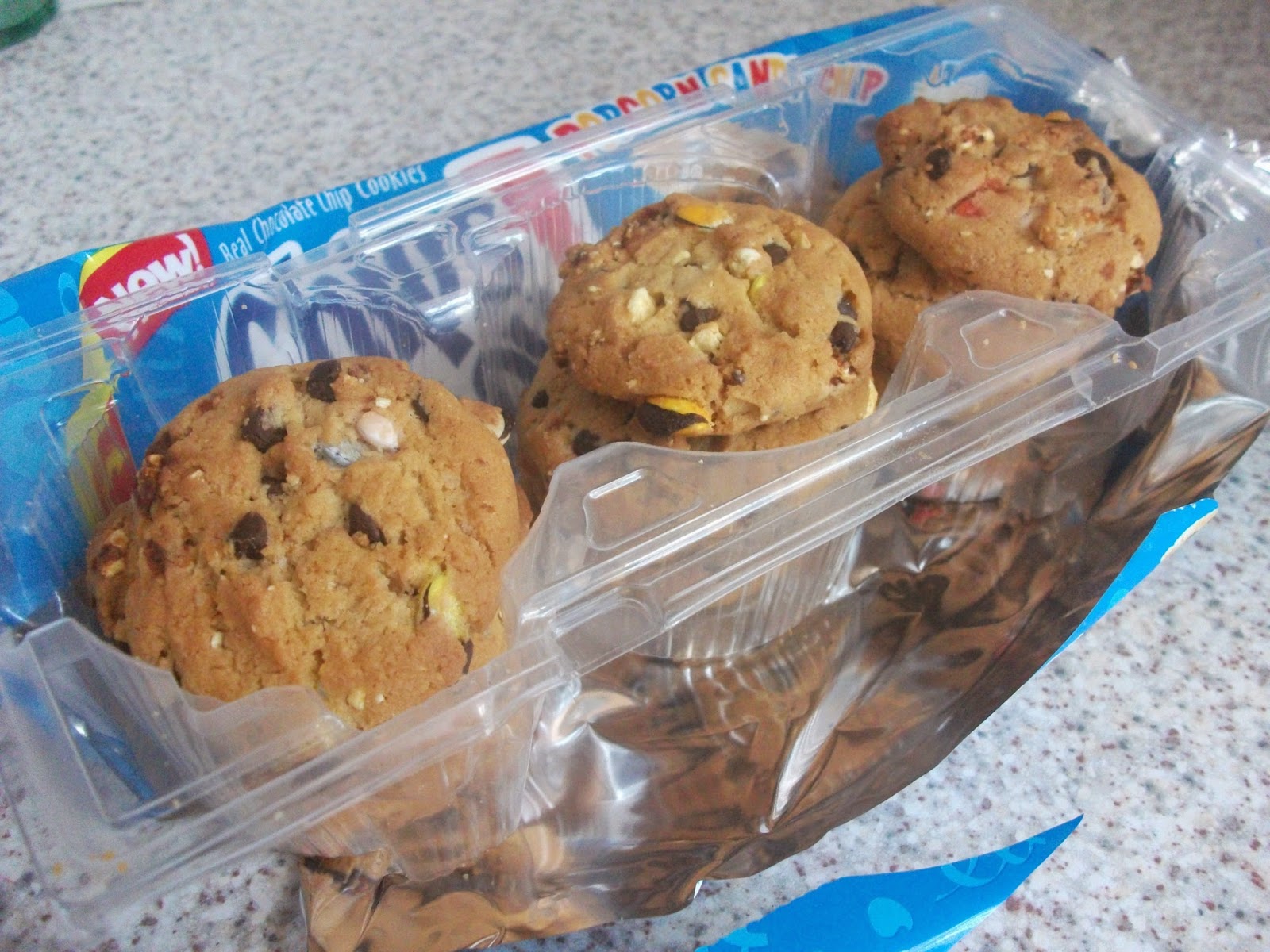 Popcorn Candy Chip is described as "Cookies with chocolate chips, sugar-coated candy shells and caramelised lightly salted popcorn". Opening the wrapper revealed a plastic tray of 12 small cookies with an enticing biscuity aroma. There was a hint of popcorn in there too which is rather unusual for cookies! 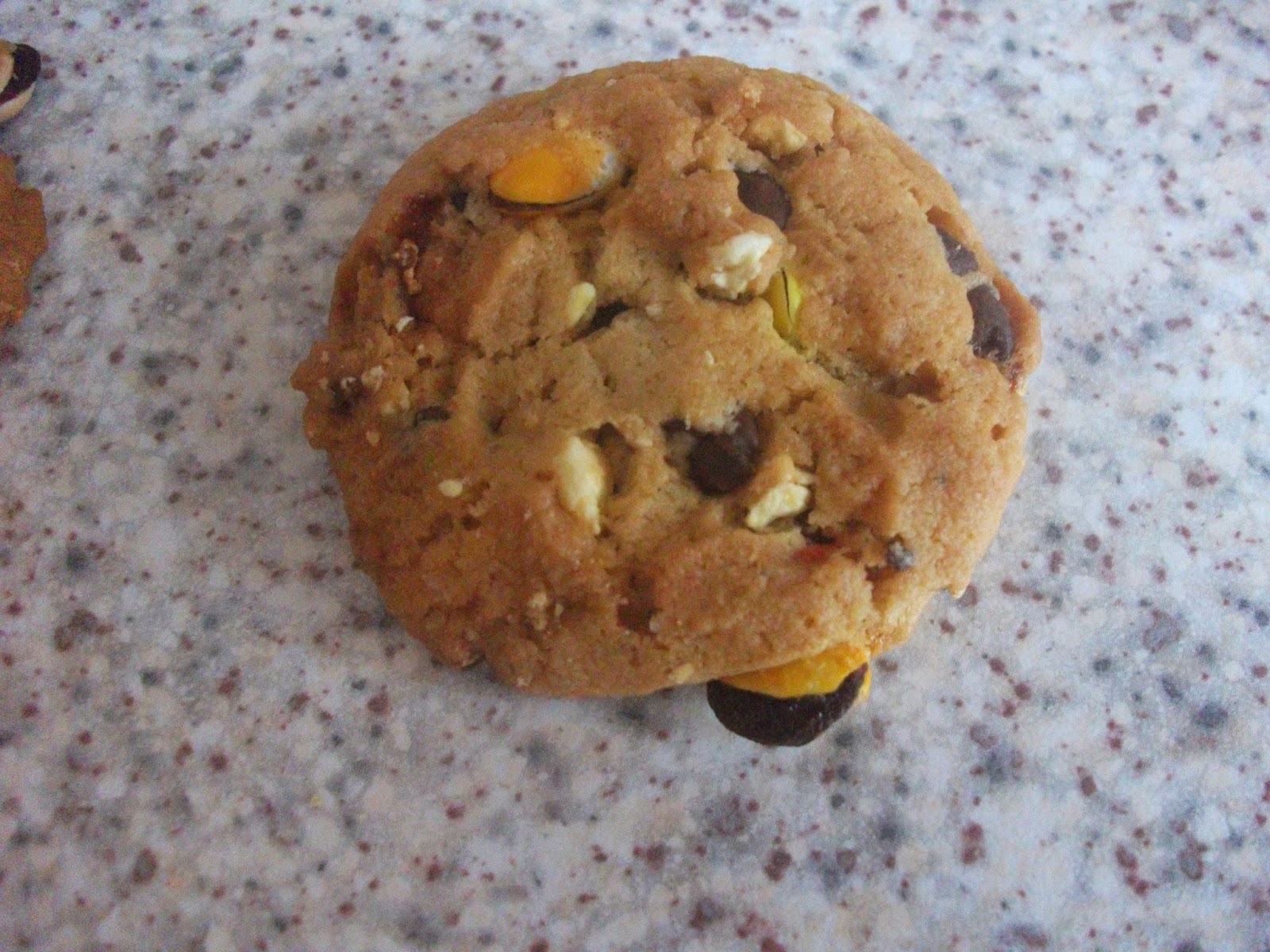 I was surprised by how small they were, but presumably this is because they're crammed so full of extra ingredients. The chocolate appeared to have burst out of some of the "candy shells" during baking. 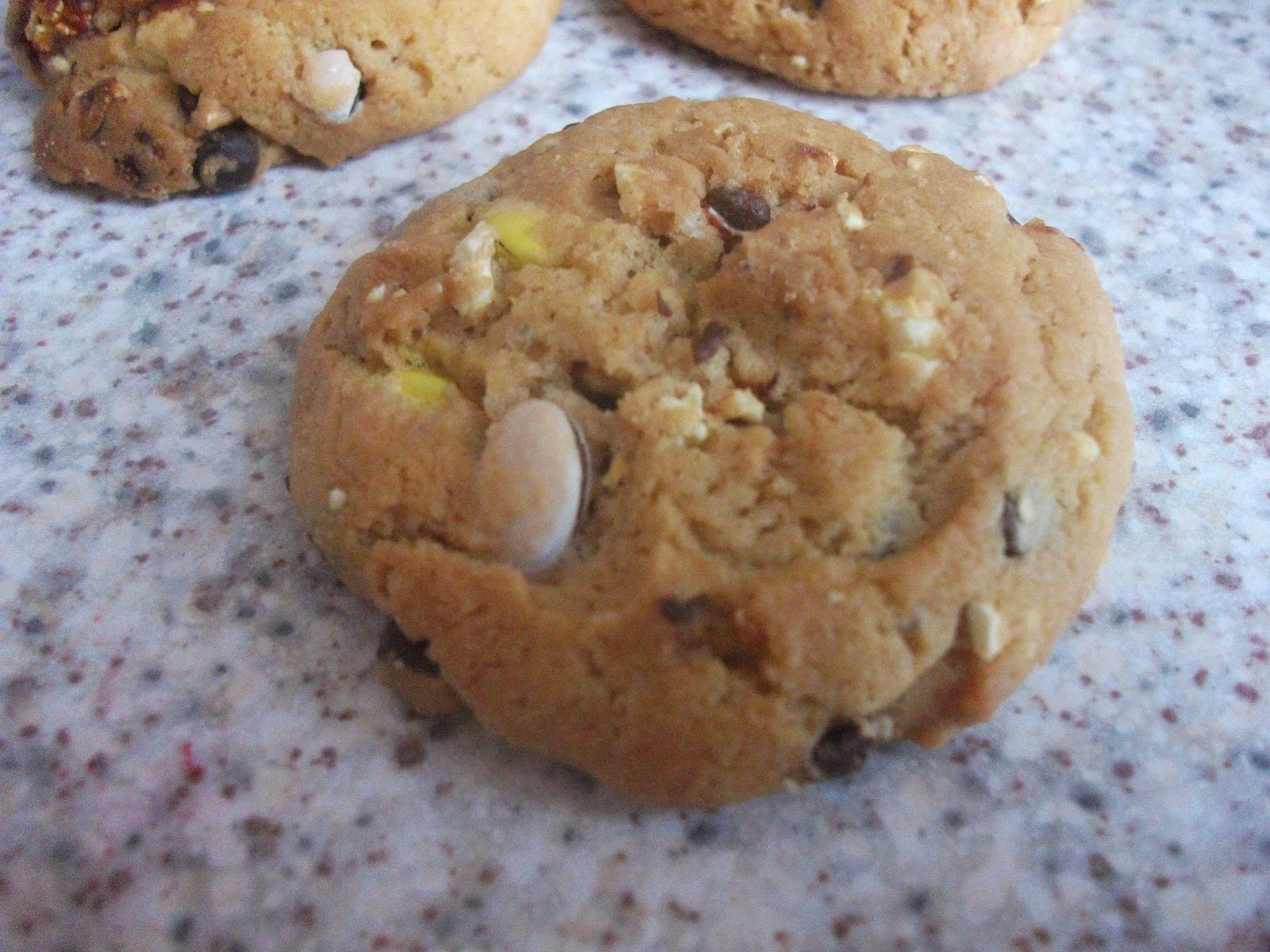 Taste-wise the cookies were delicious, they had a nice buttery, wheaty flavour and were very crunchy. The chocolate chips were pleasantly sweet and milky whilst the popcorn added a salty, savoury edge that balanced it out. I have to say it was unusual to taste popcorn in a cookie, but it worked surprisingly well! The candy shells added a nice bit of crunch which made the texture more interesting. Needless to say the cookies were very moreish and I easily got through half the pack...dunked in coffee of course! 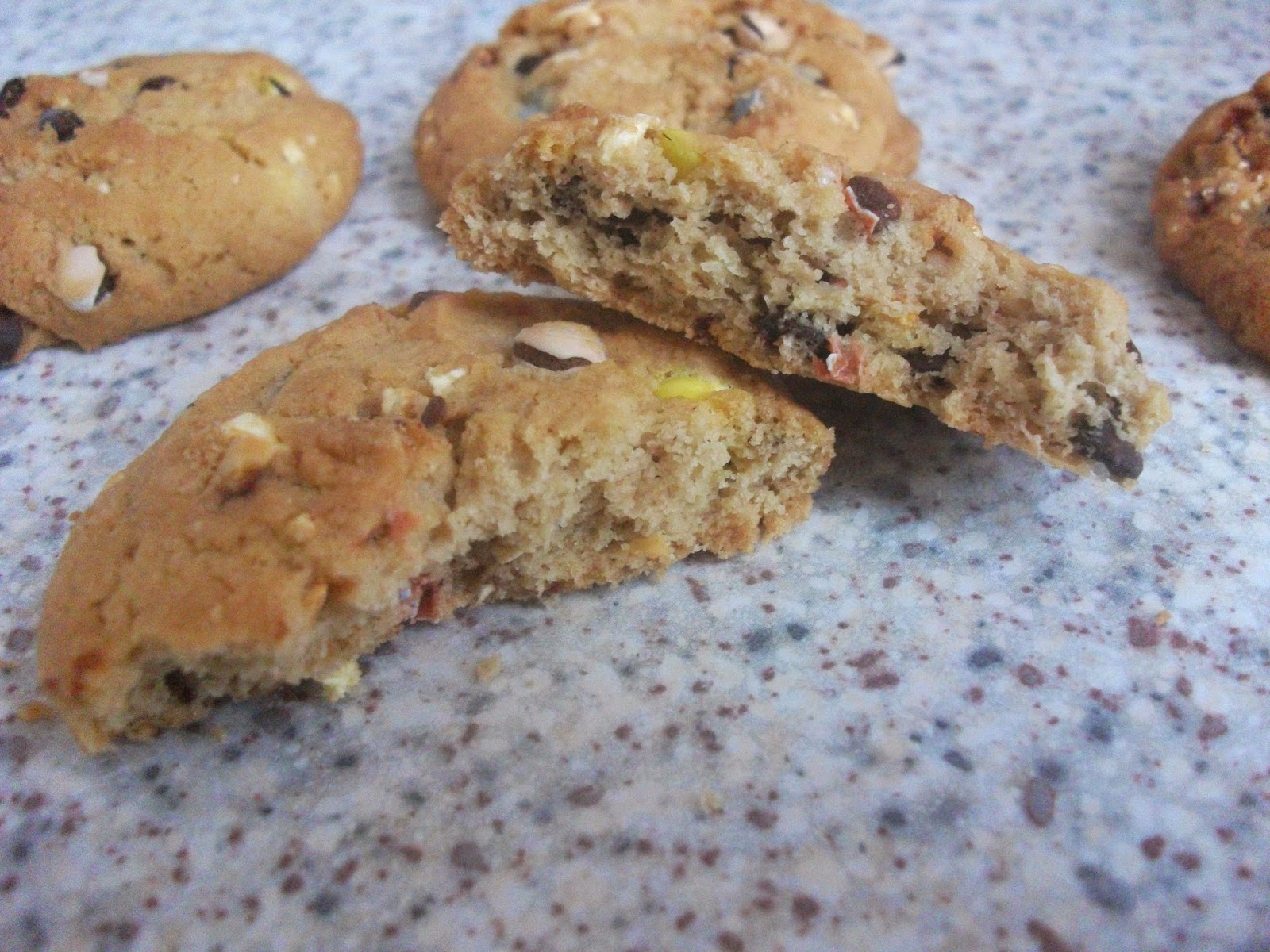 Overall, I think these Chips Ahoy! cookies are a success. They tasted great and are just unusual enough to stand out on UK shelves...I don't think I've ever seen cookies with popcorn in before so this really is something new for us Brits. I hope to see more cool flavours from them in future.

Stay tuned for a review of the "Crispy Choco Caramel" variety coming soon!