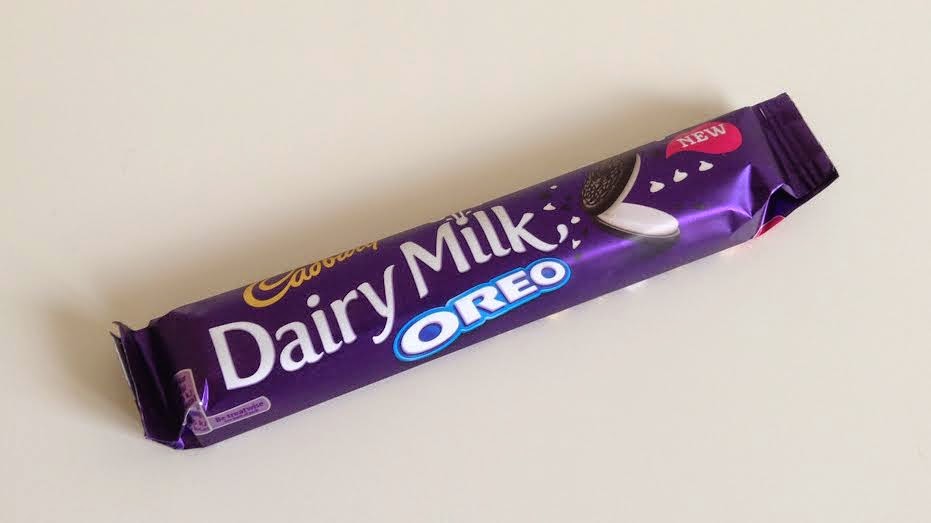 One of Cadbury's most popular products on the shelves at the moment is the 120g block of Cadbury Dairy Milk Oreo which was launched back in 2012. The combination of Oreo and Dairy Milk chocolate has lead to many other Mondelez brands collaborating with Dairy Milk such as Daim, Ritz, Maynards and even Chips Ahoy?!

Only just recently, Mondelez decided to launch the popular Cadbury Dairy Milk Oreo in a much smaller 41g format and I kind of had a feeling that this would eventually happen. I think it's great that there is now a smaller bar because it prevents you from accidentally scoffing a whole 120g block and feeling the guilt afterwards (come on Cadbury fans, we've all been there!)

It also seems the smaller bar has a higher filling to chocolate ratio and this is just what I love about this bar. The packaging is resealable, just like most other Cadbury Dairy Milk products and I think eventually Cadbury are going to use this type of packaging on all of their single bars like Wispa and Marvellous Creations because it only seems right! I must admit I did struggle a little to take the bar out its packaging but it's all worth it in the end anyway!

The bar itself looks so inviting! Each block has a barrel shape and they do look rather similar to the Milka Lila Go bars? 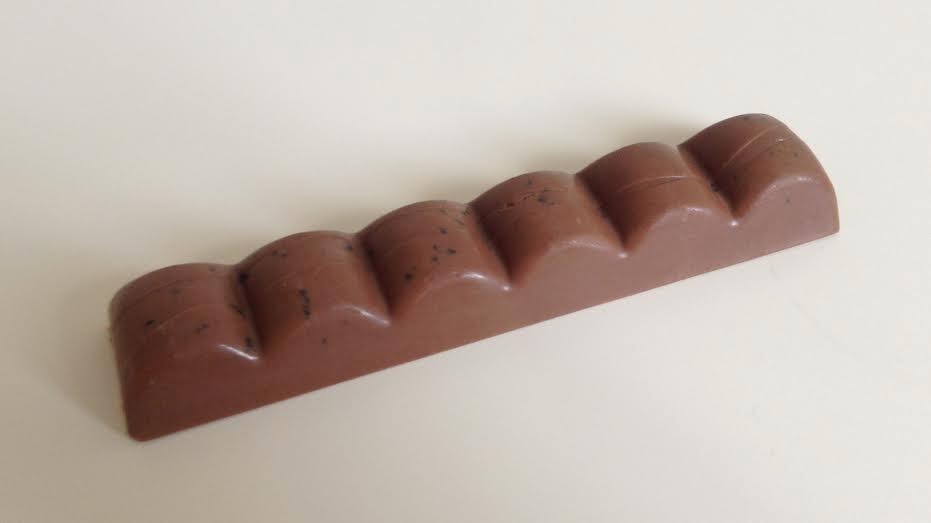 On the bar it has a ribbon design which doesn't look like it matches the Cadbury branding and it's more suitable for the Milka bars. Cadbury maybe should've changed the design because it's a little lazy to use the same moulds from another chocolate brand?

The smell is gorgeous, it has a very strong cocoa scent with a slight biscuity cookies and cream aroma. Tastewise this bar is quite different to the 120g blocks of Cadbury Dairy Milk Oreo and I think maybe that's because of the higher ratio of vanilla filling. The creamy chocolate melts beautifully into the sweet vanilla cream morphing into a slight chocolate ice cream flavour, and as you bite into the Oreo pieces the biscuity taste is set free leaving you with a rather delightful Oreo taste in your mouth. 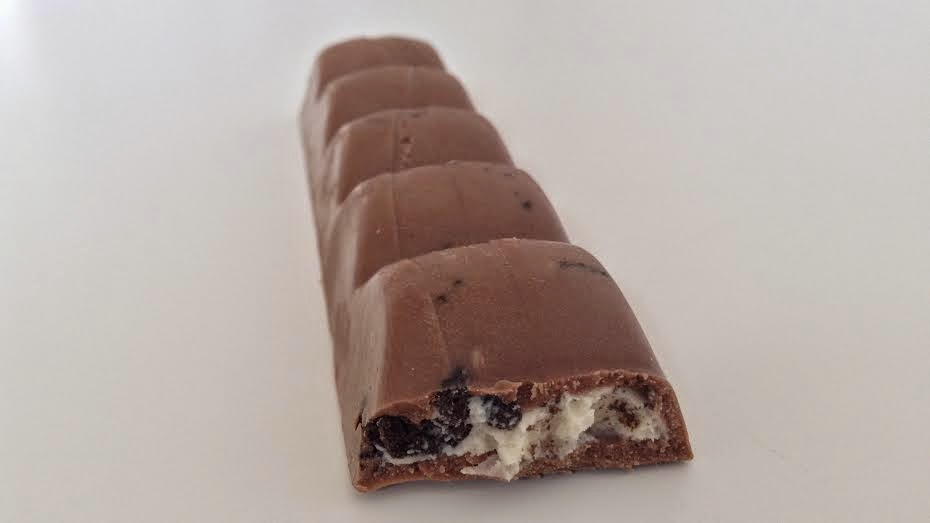 Just like many other Cadbury products, this bar was incredibly moreish and I ate the whole thing in seconds! Overall, I think this bar is so much better than the 120g format as it has more flavour and a better, almost perfect ratio of filling to chocolate.

I'm sure Mondelez will also launch the Dairy Milk Chips Ahoy and Daim bars in this format over the coming months because Mondelez are so predictable. If you look at the Milka range you'll see how similar it is to the Cadbury range and if there's something there that hasn't been launched under the Cadbury name I'm sure it will eventually and usually it does.

I quite like it when Mondelez launch new products and formats but instead of copying Milka, I'd like to see them go old school and bring back Spira? Or Wispa Mint? Or even Wispaccino because I'm sure us Brits would rather buy a Wispa Mint than a small Cadbury Dairy Milk Chips Ahoy!

Anyway, if you'd like to see more posts from me head over to my blog: www.abitofwilliam.blogspot.co.uk but I'll still be writing snack reviews on here :)

From: Co-op.
Price: 50p (But they are usually around 60p)
Recommend?: If you are a massive fan of the 120g bar of Cadbury Dairy Milk Oreo and you don't want to end up scoffing the whole block then yes but if you're an old school Cadbury fan then this might disappoint you.