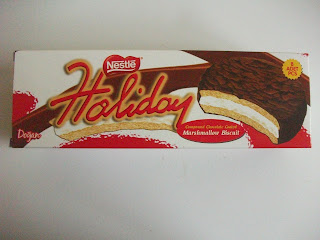 No, this isn't a competition to win a Holiday with Nestlé, it's a review of their Turkish "Holiday" marshamallow biscuits!

I found these in B&M Bargains, and couldn't resist buying them just for the name. They're described as "compound chocolate coated marshamallow biscuit", which had me a bit worried because I intensely dislike compound chocolate. They looked and sounded like a cheaper version of the famous Wagon Wheels, although unlike Wagon Wheels they have wavy edges: 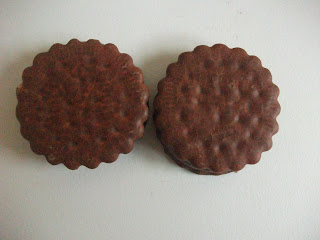 Surprisingly, they tasted quite different to Wagon Wheels - they were coconut flavoured. This wasn't mentioned on the front of the pack, but my senses were telling me they tasted of coconut so I checked the ingredients and sure enough, coconut was listed as one of the flavourings. 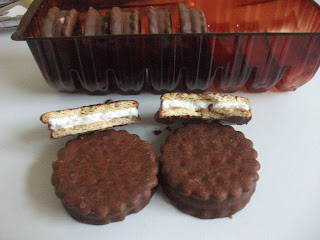 They didn't taste too bad to be honest. Quite sweet, and the compound chocolate coating tasted rather cheap as you would expect, but the strong coconut flavour from the mallow saved them and made them quite moreish. The biscuit had a decent crunch to it whilst the mallow was nice and chewy.

Overall, if you happen to see these and are partial to Wagon Wheels and/or coconut, I would recommend giving them a try. They're not too bad at all for the price.