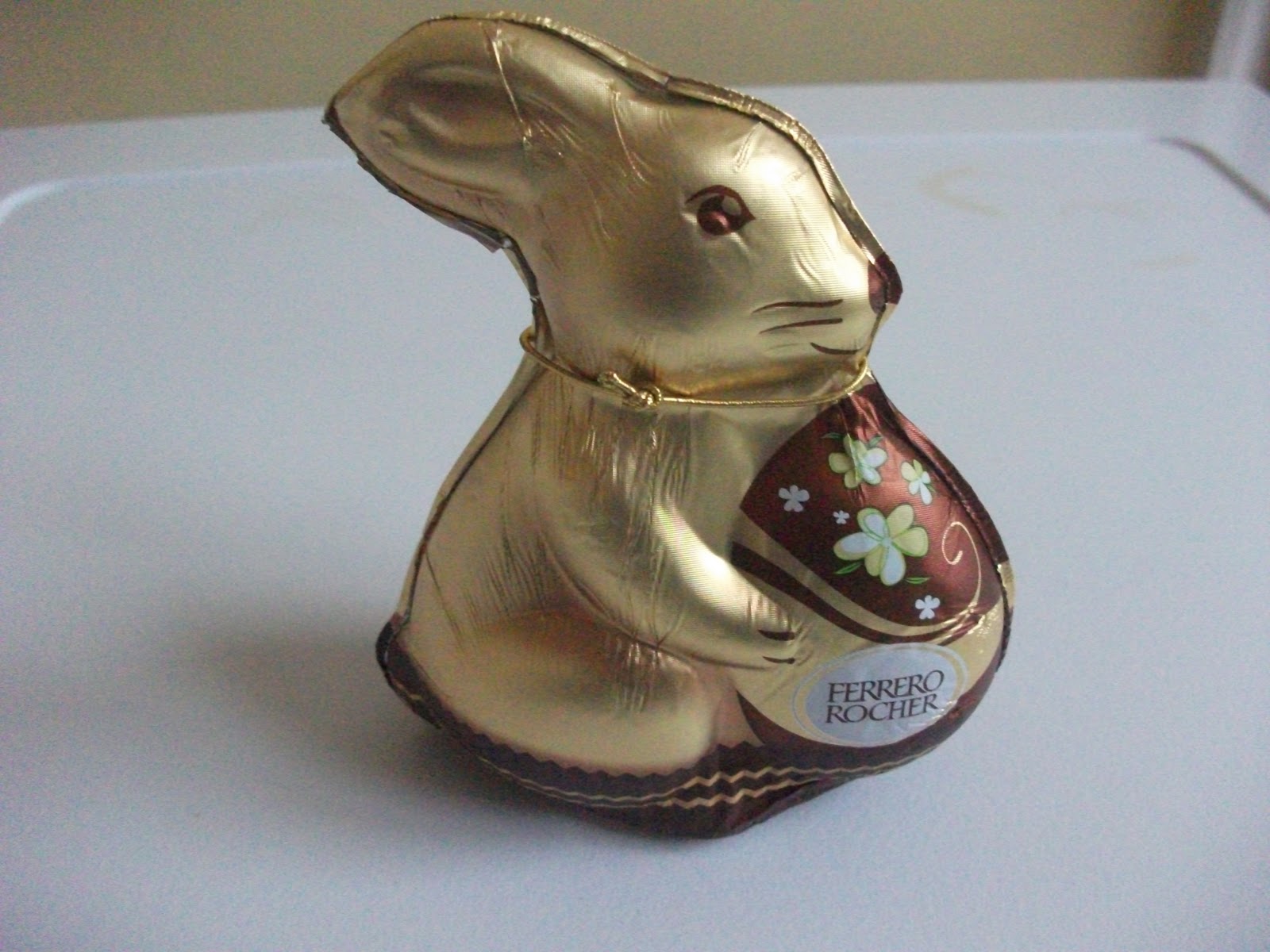 Here we have the Ferrero Rocher Easter Bunny. I found this little fella for £1.99 in B&M Homestores; they were on offer of 2 for £3 or £1.99 each, but most of the shelf had gone even though I was there in the early morning. I was told by a member of staff that they sell out fast, so I quickly grabbed the last one thinking it was still a good bargain. I've heard they are on an even cheaper offer of £1.29 each at Home Bargains. The RRP is usually £2.99.

This bunny is described as a "Hollow figure of crunchy hazelnut milk chocolate" and contains 33.5% min cocoa solids. It lists "concentrated butter" in the ingredients, which I don't think is a common ingredient found in chocolate.

I liked the presentation. The gold wrapper has a matte feel to it, and seems posher than the similar Lindt Gold Bunny. Unwrapping it, you can see that the bunny is very well-moulded. It might look a bit pregnant with the hump on its belly, but that's actually supposed to be an Easter egg he's holding! 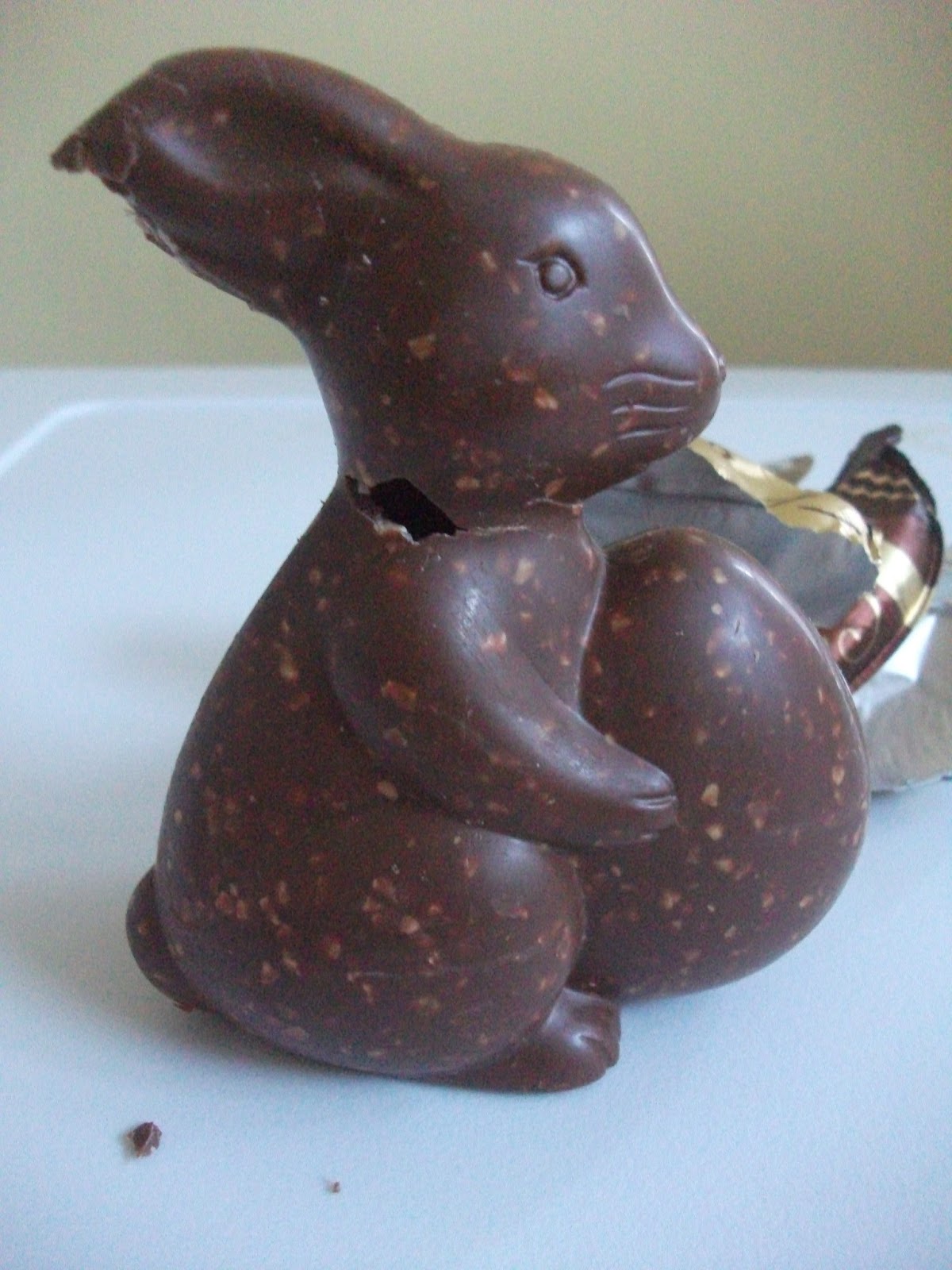 The chocolate contains pieces of chopped hazelnut, like the top layer you get on Ferrero Rocher chocolates. To be honest, I wasn't overly impressed. It was nice enough, but because the nuts were chopped they didn't taste as fresh or tasty as whole hazelnuts. And because it was missing the centre part of a Ferrero Rocher, it became a bit boring. To me the hazelnut cream is the best part of Ferrero Rocher, so without that this was just decent-tasting chocolate with chopped hazelnuts in. It wasn't bad quality, but wasn't outstanding either, just a little bit boring overall. I don't think these are worth the RRP, and personally I wouldn't choose to buy one again over the other nice Easter products available this year (of which there are many!) That aside, I did like the presentation of this Ferrero Rocher Bunny.

Overall, if you happen to see these discounted I think they are worth giving a try, especially if you like Ferrero Rocher chocolates, but I wouldn't pay the RRP for them.