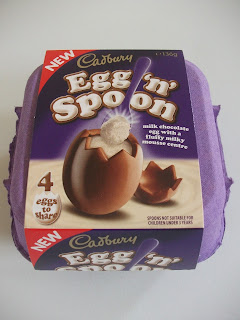 Cadbury's Egg 'N' Spoon has been reviewed by most of my fellow bloggers by now, but I thought I would do my own review because despite being quite skeptical of them initially, I ended up really enjoying them! Firstly, you must check out this hilarious review of them by Gobble Monkey if you haven't done so already, it's comedy genius! 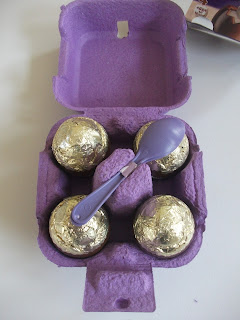 Part of the reason I was so skeptical of these was the price. The RRP is £3.99, which works out at about £1 per egg! Crazy! Luckily most shops are now selling them for the more reasonable price of £2, which is what these were at Morrisons. I chose the milky mousse variety over the chocolate as I thought it'd be more interesting.

I have to say...this is a genius marketing idea from Cadbury/Mondelez. Eating chocolate eggs from a purple "egg box" with a spoon is a really fun experience! It wouldn't surprise me if they are a huge sales success. 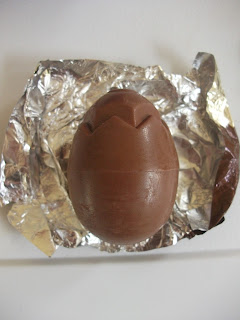 Taking the eggs out, firstly you have to unwrap the foil and then bite off the top section of the egg, revealing the creamy mousse centre. And then, using the spoon provided...scoop away! The centre was smooth and creamy as expected, with a delicious vanilla taste, but I was surprised that it also tasted of white chocolate. It was like a cross between vanilla mousse and white chocolate, and tasted really yummy! After I had scooped out all the filling I ate the remaining chocolate shell, which still had some mousse stuck to it. It was very tasty.

Then I immediately moved onto the next egg - I wanted more of that delicious creamy mousse! After two of these I couldn't really handle any more, so had a break and ate the remaining two later in the day. 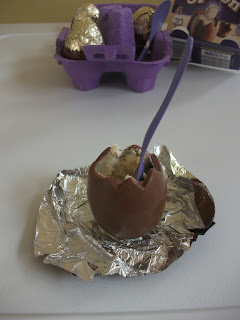 Overall, I think these Cadbury Egg 'N' Spoons are a fantastic idea, and they really do make for a fun Easter experience. Just don't pay more than £2 for them! (Morrisons and Asda are your best bet, although I hear they may be even cheaper at Tesco. If you've found these for less than that, please do leave a comment and let me know).

I've also seen a Swedish "Marabou" version of these in B&M Bargains for 99p. Like Cadbury, Marabou is also a Kraft-owned brand, and the eggs taste pretty similar. Here is a pic of the box. That bunny and those chicks sure know where the good stuff is at!: 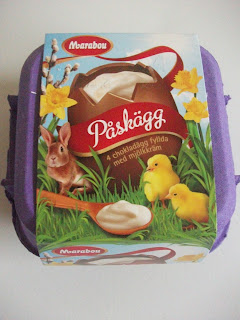 I'll probably do a comparison review of them shortly, so stay tuned for that!

What did you think of Cadbury Egg 'N' Spoons? Good idea or not?