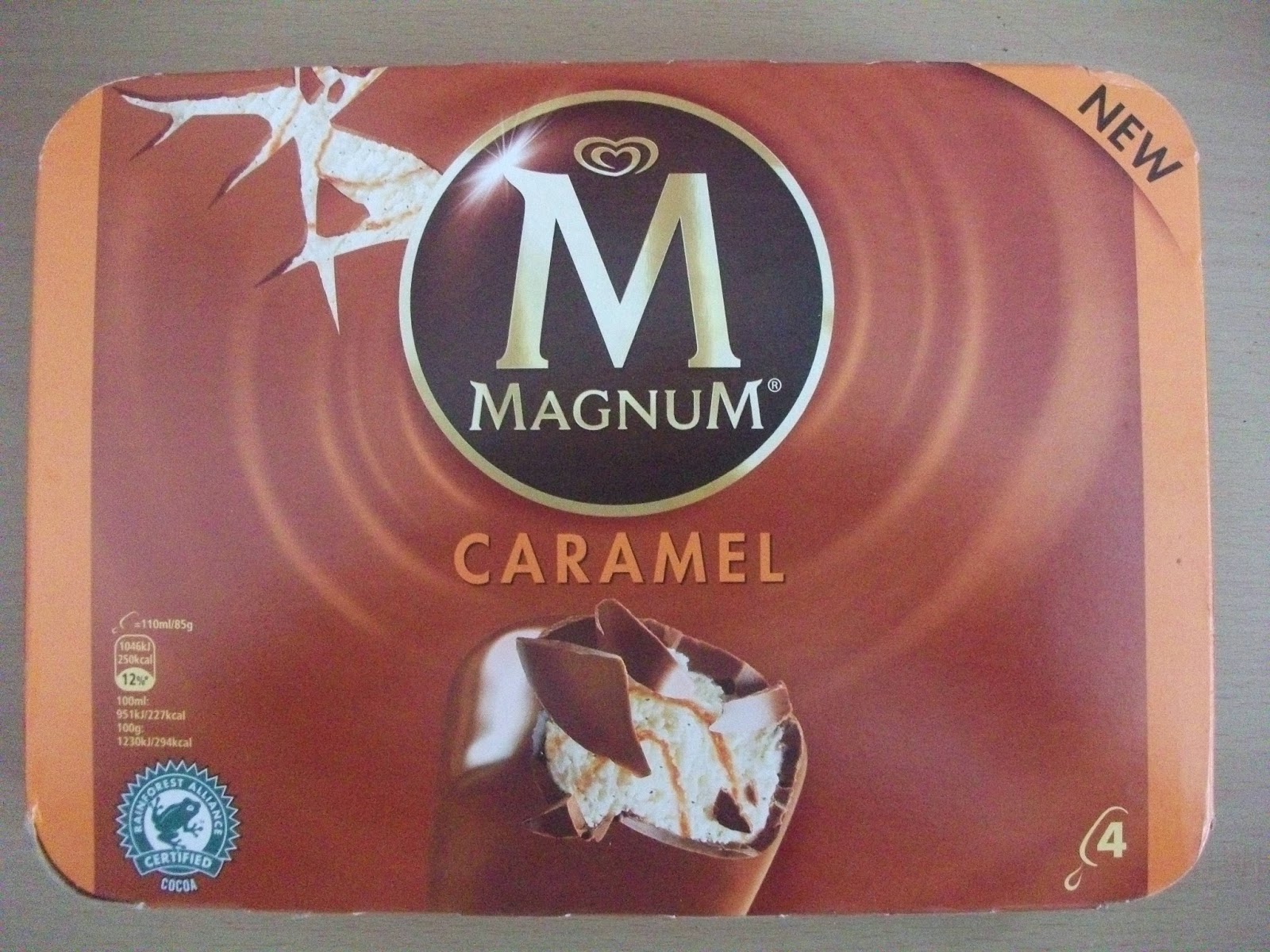 Magnum have recently launched a "New" Caramel flavour in the UK, and at first I was puzzled over what was so new about it...I was sure they already did a Caramel flavour. Turns out this is salted caramel, the flavour trend that is taking over the snacks world this year! Although salted caramel isn't mentioned on the front of the box, the back says "Vanilla ice cream with a salted caramel sauce coated in milk chocolate". I'm puzzled why they didn't advertise it the front of the box since this flavour is so hot right now!

This flavour comes in the new 4-pack box format, which replaces the old 3-packs across the whole Magnum range. It's a good decision - who wants just three Magnum's per box? Now you can eat two, and give the others to a friend without feeling greedy! 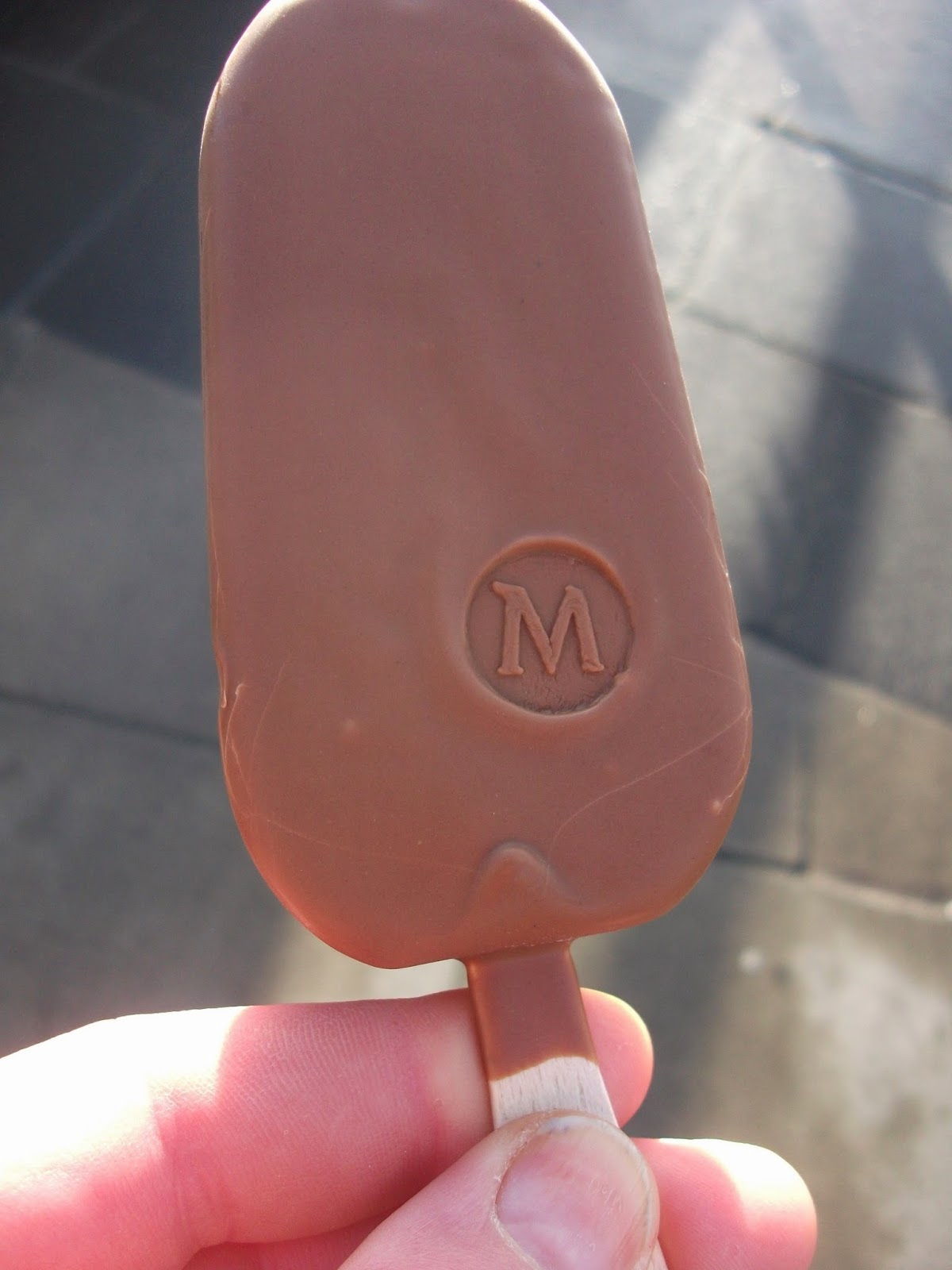 Each Magmum weighs 340g, I'm not sure if the size has been reduced but they seemed a little smaller than I expected. Still considering the price and amount per box I can't grumble! 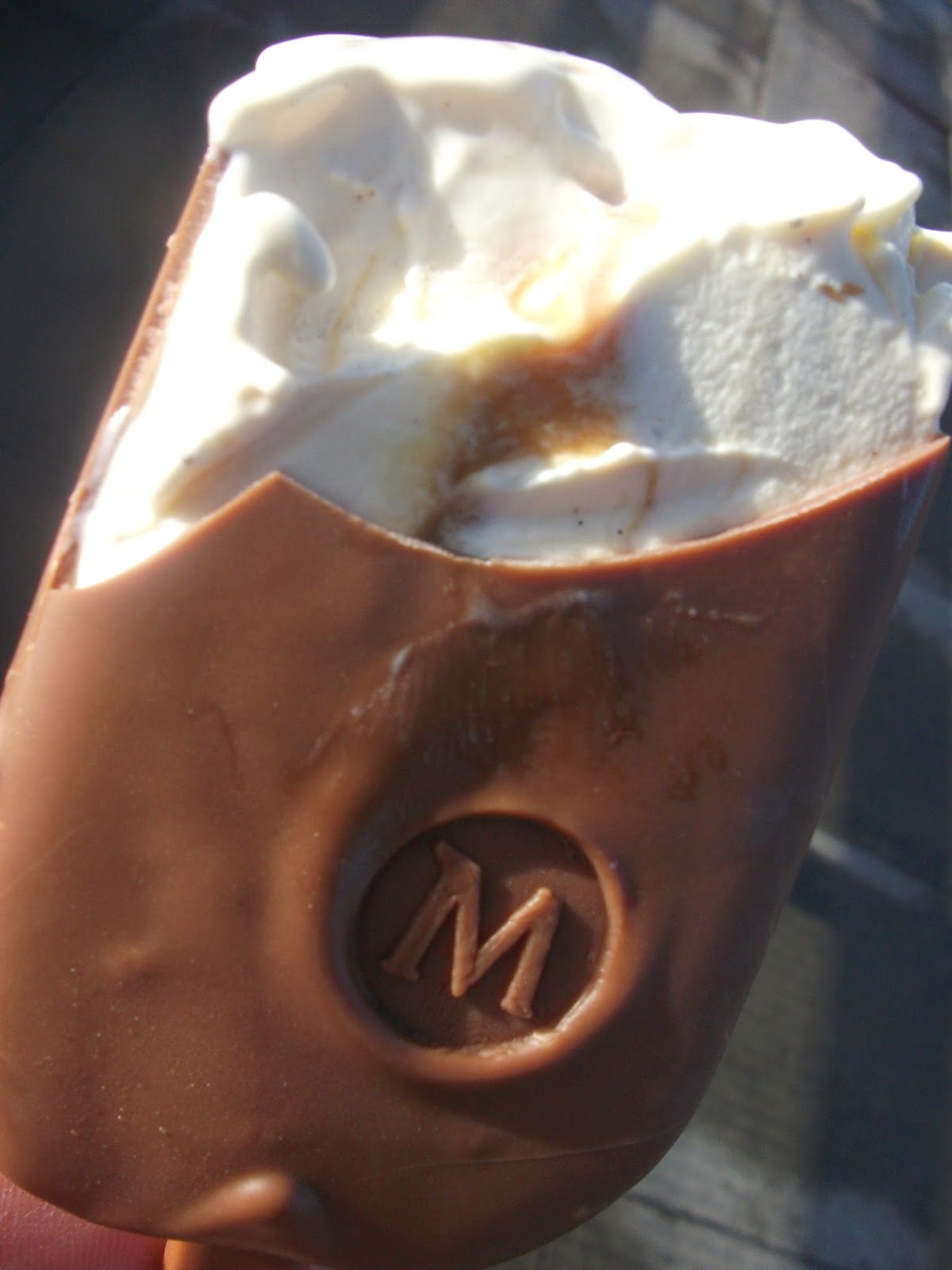 Overall though, these are some tasty new Magnums, and make for a delicious change to the regular variety.