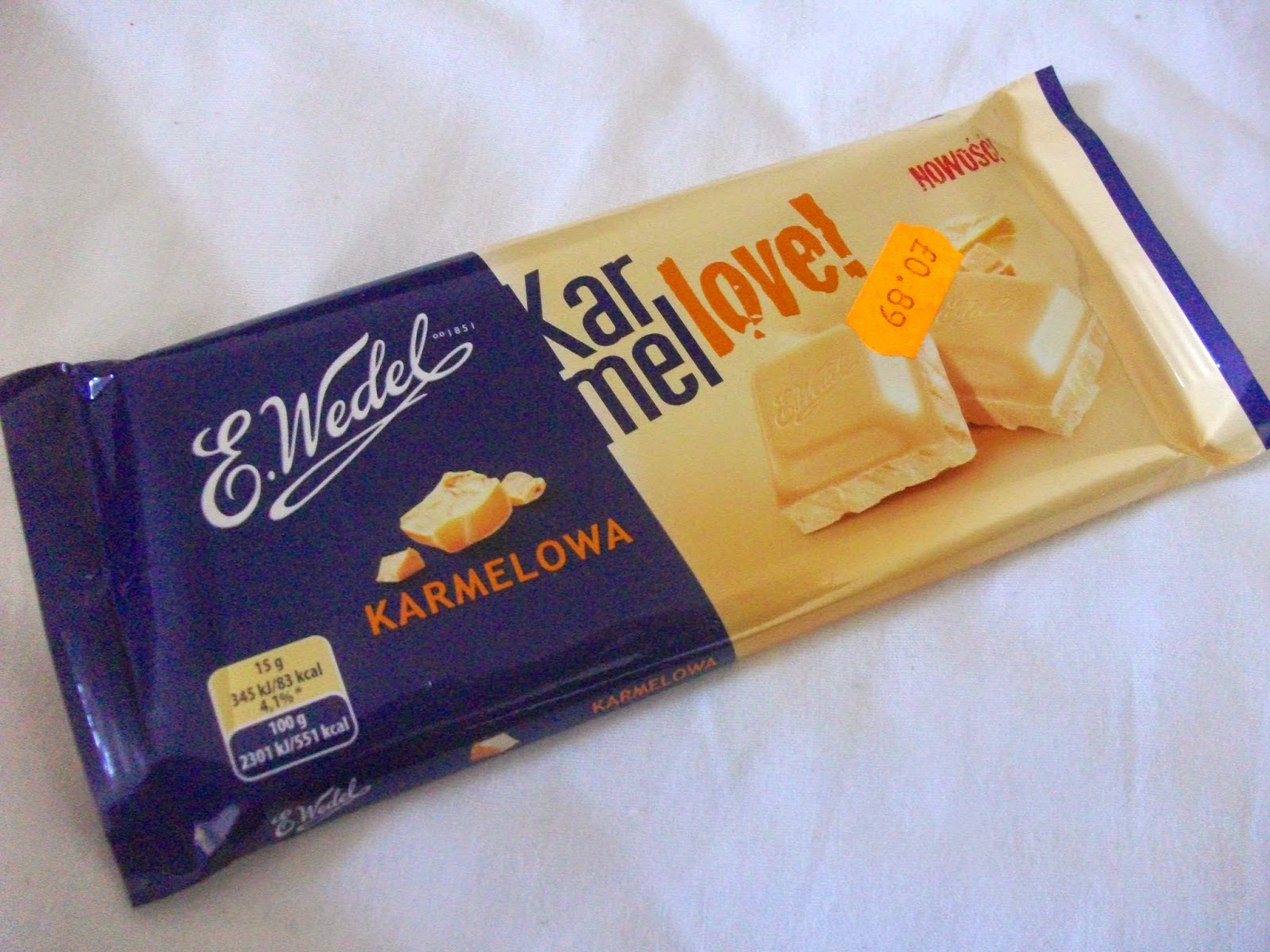 After seeing this bar on a few Polish blogs, I was excited to see if it would make it's way to the UK, and luckily it has! It's a little difficult to track down, and only seems to be available in selected Polish stores. It's basically a Wedel version of Caramac, although it consists of white chocolate as well as caramel powder.

The bar weighs 90g and cost 89p, which isn't bad considering it's an imported chocolate. 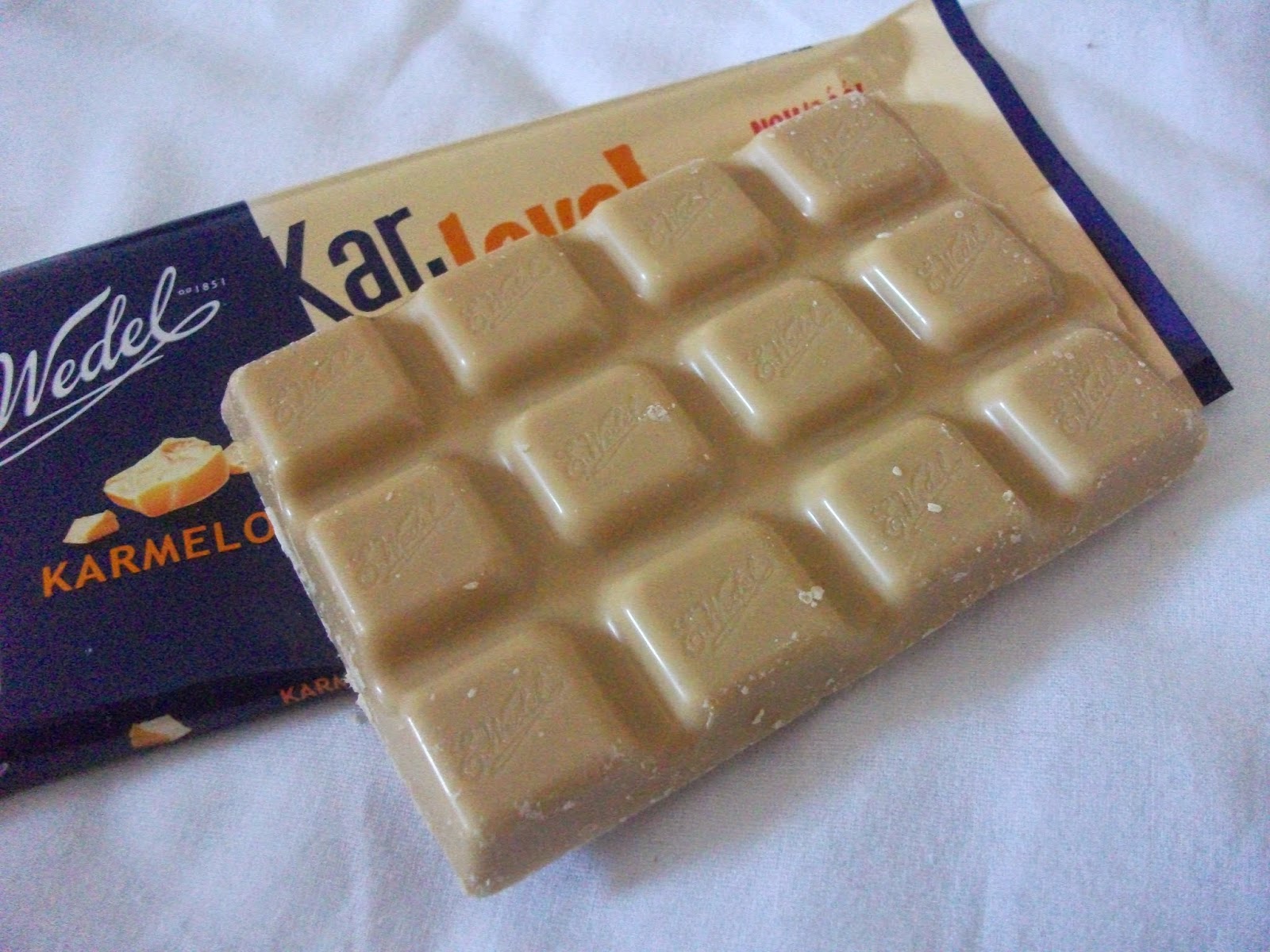 Opening the wrapper, I was met with a lovely butterscotch aroma. The chocolate was of course very sweet, as you would expect. The flavour of caramel and white chocolate went together very well, and there was a hint of salt in there which helped temper the sweetness a little. Compared to Nestlé's Caramac, I would say this was nicer as it didn't have that waxy texture that Caramac does.

Overall, this is a very tasty bar and if you happen to spot one in any European stores I would recommend giving it a try! It's definitely one for the sweet-toothed though!