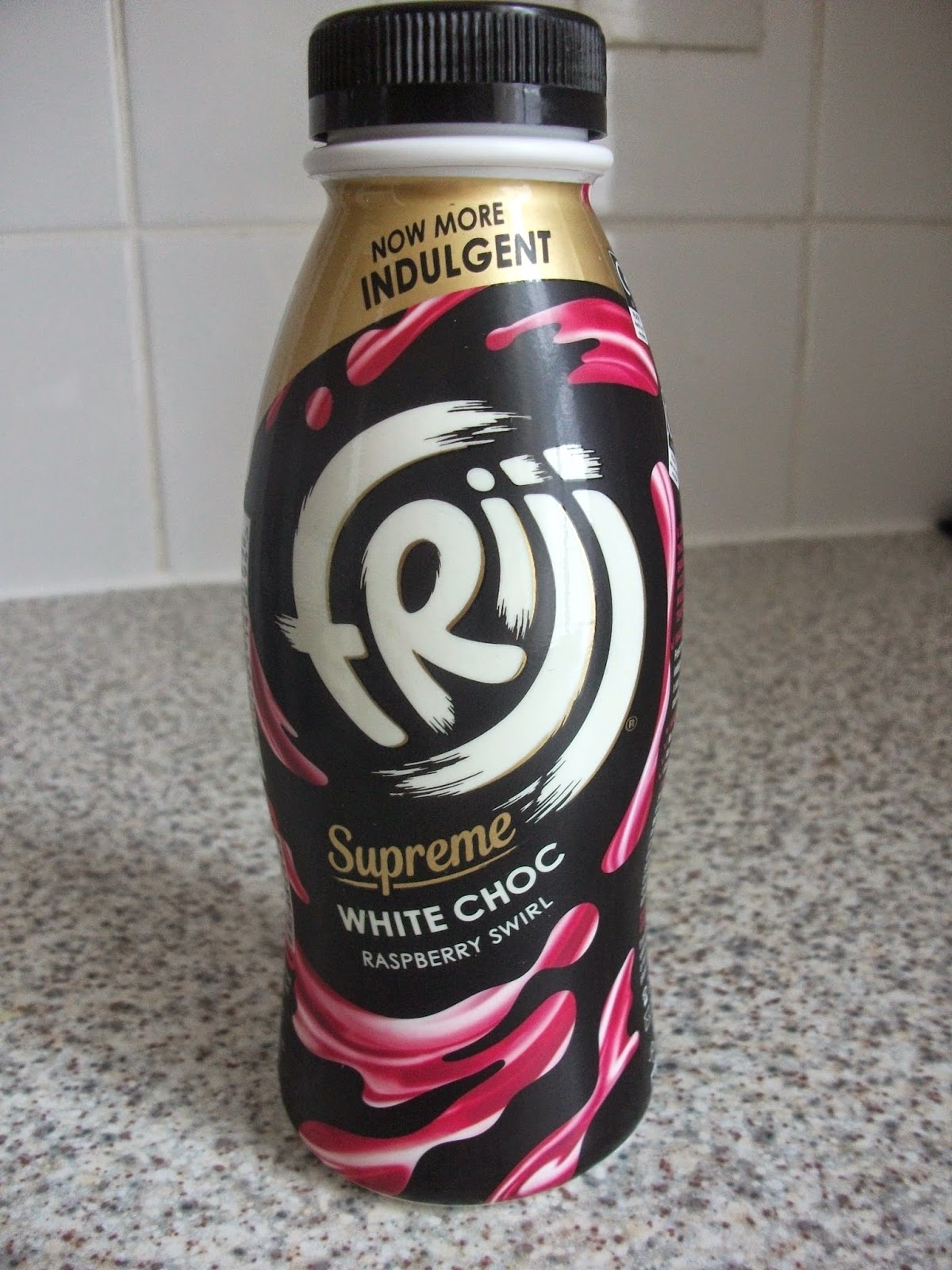 Whilst in Tesco recently I spotted this White Choc Raspberry Swirl Frijj on special offer, so couldn't resist giving it a try. It's not "new", but I've been curious about it for a while now. I was just biding my time until it was reduced in price ;)

The label says "Now more indulgent", so I'm not sure what it tasted like before. It's also called "Supreme" and I'm not sure if all Frijj milkshakes carry this label now, or just the fancier flavours.

Anyway it turned out to be a pleasant enough milkshake, with the typically thick, frothiness you expect from Frijj. However the white chocolate flavour wasn't very strong; all I could taste was the weak raspberry flavour. It made for a pleasant drink but didn't deliver the creamy white chocolate hit I was hoping for.

Overall, as pleasant as this milkshake is it's not something I would pay full price for. If you're a fan of white chocolate I wouldn't bother with it either - try Morrisons white chocolate milk instead (it's delicious!)