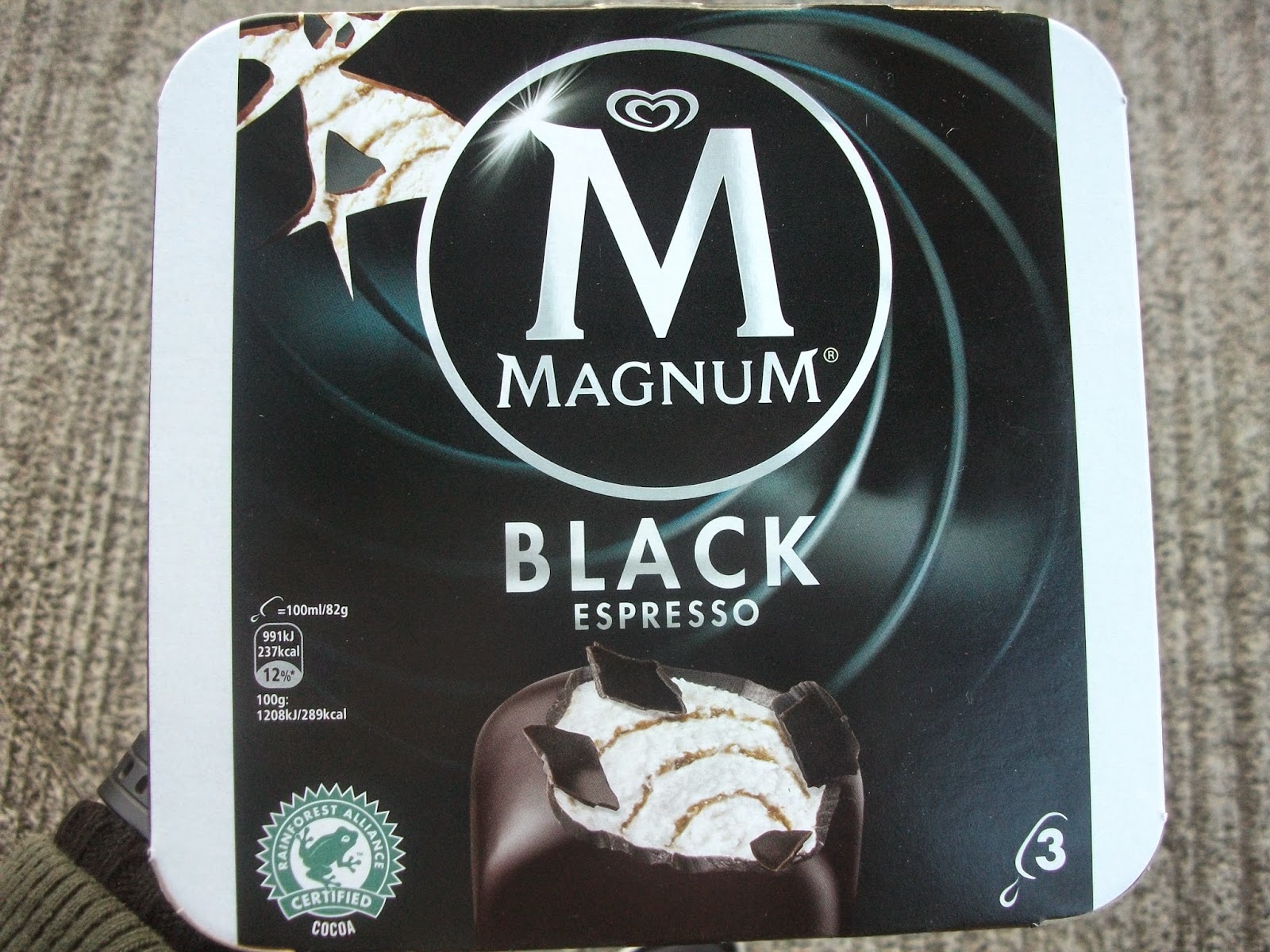 Initially I wasn't too interested in trying this new Espresso flavoured "Black" Magnum. I love coffee but didn't think it would work so well in this format - most coffee ice creams are usually too weak and watered down.

However as these were on special offer in Morrisons I decided to give them a try. They're described as "Vanilla flavour ice cream & coffee sauce coated in dark chocolate". I paid around £1.50 for them on special offer. There's 3 ice creams per box, although these boxes are now being phased out in favour of 4-pack boxes. 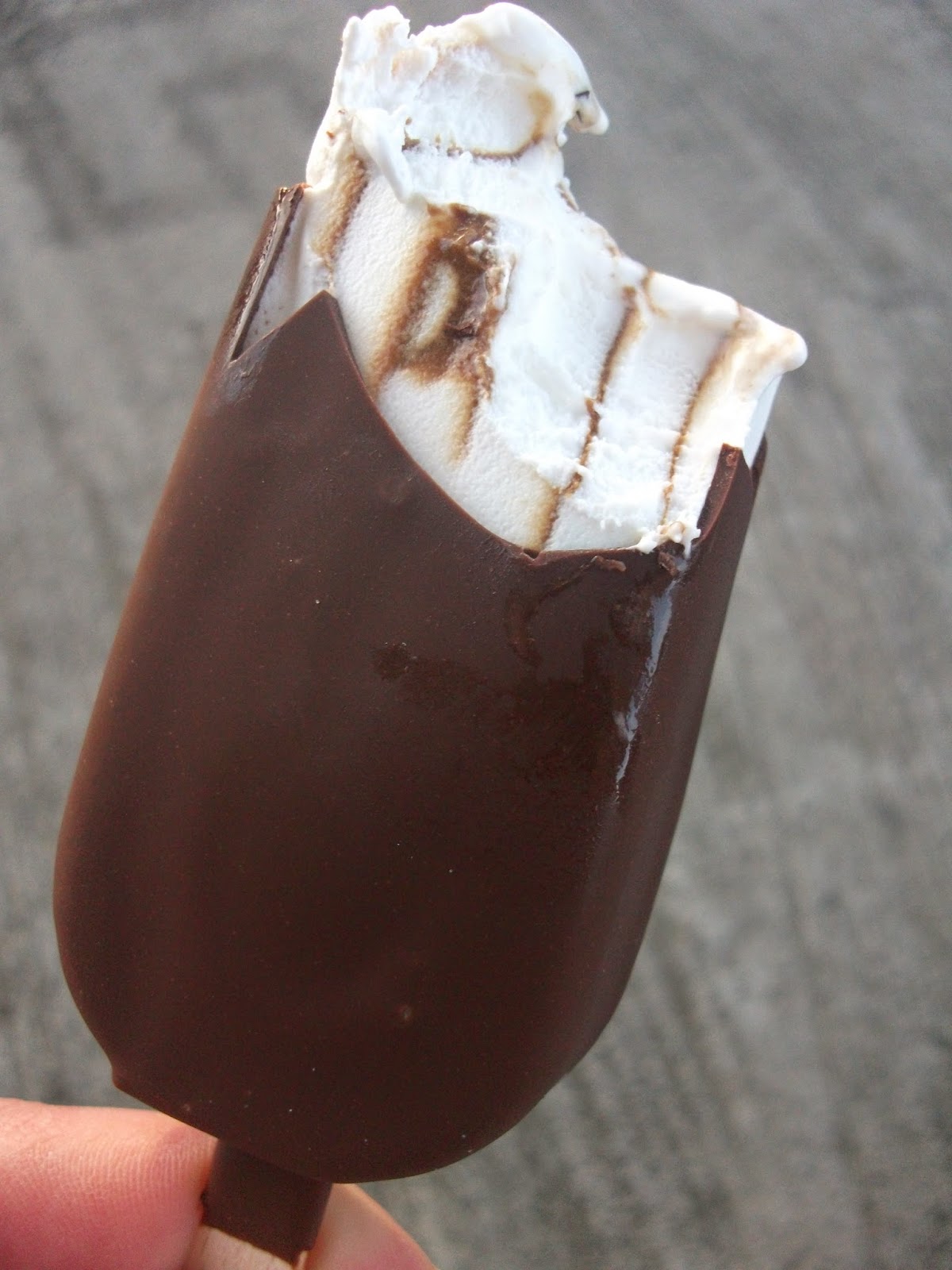 Taking a bite, I first noticed how rich the chocolate coating was. I wasn't really expecting it since Magnum's are usually so creamy and milky. The coffee sauce was pleasant and gave a nice flavour, although it was a little weaker than I had hoped. The ice cream was of course typically creamy with a lovely vanilla flavour.

Overall, as pleasant as this Magnum is I don't think I'd buy it again. There just isn't enough coffee flavour to it for my liking.