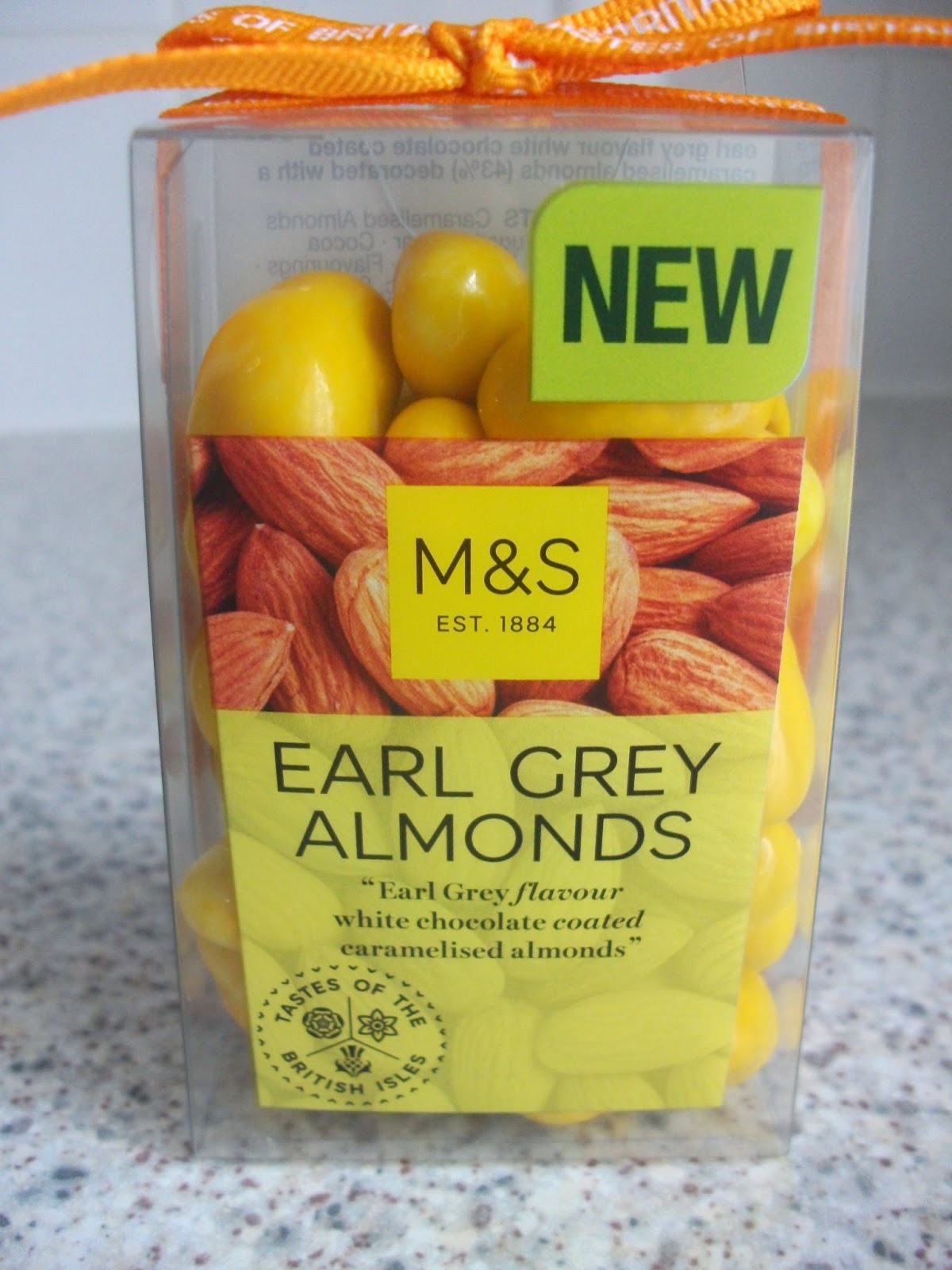 Whilst in M&S over Easter I noticed they had a new range of snacks for the Summer season. What caught my eye most were these Earl Grey white chocolate flavoured almonds. I'm a big fan of Earl Grey tea, but wasn't sure how it might taste with white chocolate and almonds...it could have been potentially horrible!

They're described as "Earl grey flavour white chocolate coated caramelised almonds decorated with a yellow glaze" and cost £3. I shared them with a friend, who seemed reluctant to try one. "They're nice, honestly!" I said, as I had already tried one by that point. And my friend agreed. 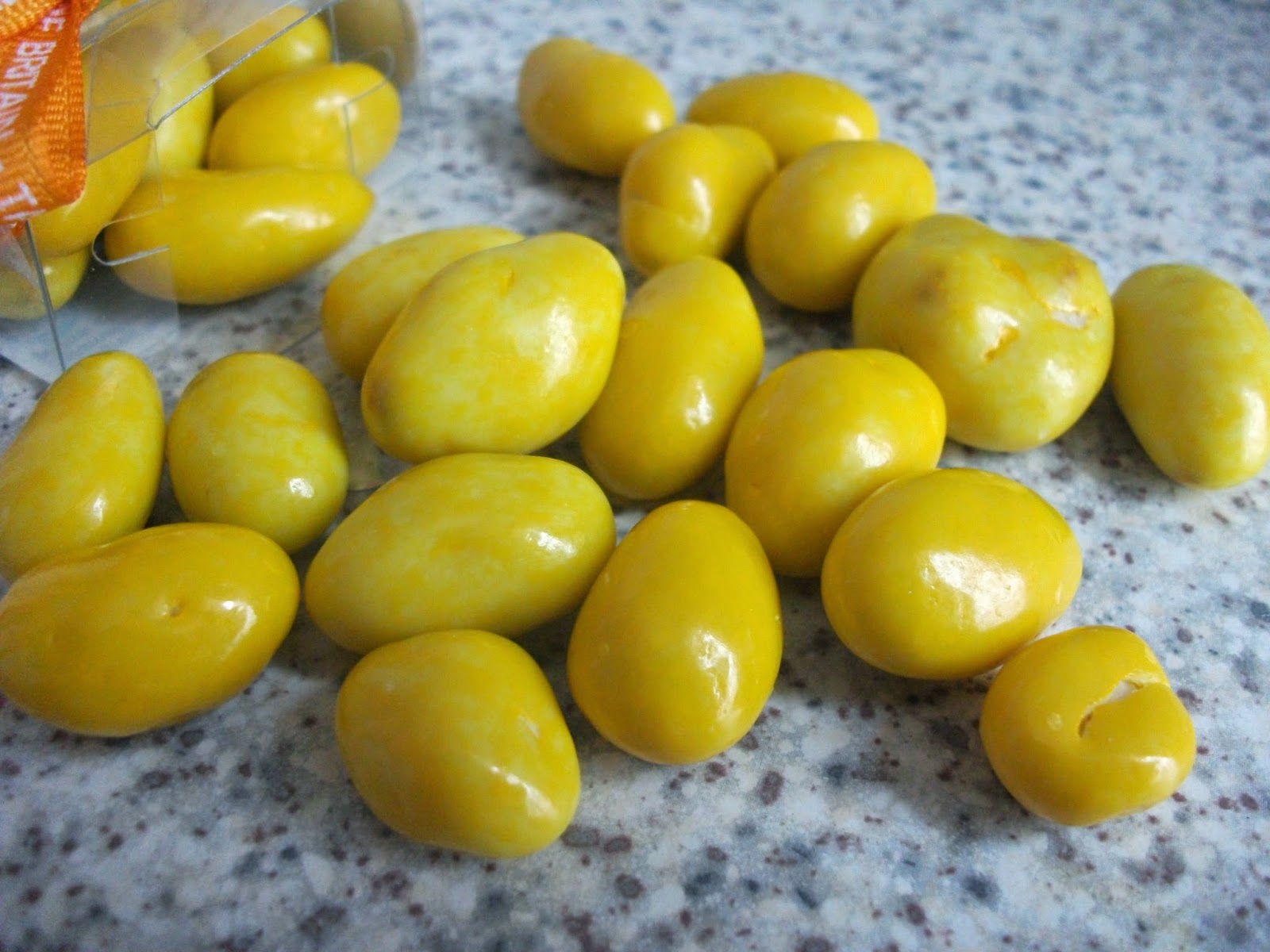 The bergamot aroma is quite strong, and paired with the white chocolate it did smell a little "off"...almost sickly. But the flavour actually works. It's a citrusy, creamy combination, which pairs well with the savoury flavour of caramelised almond. The almonds were very moreish and I munched through quite a few...they definitely made a pleasant change from the sugar overload of Creme Eggs over Easter! 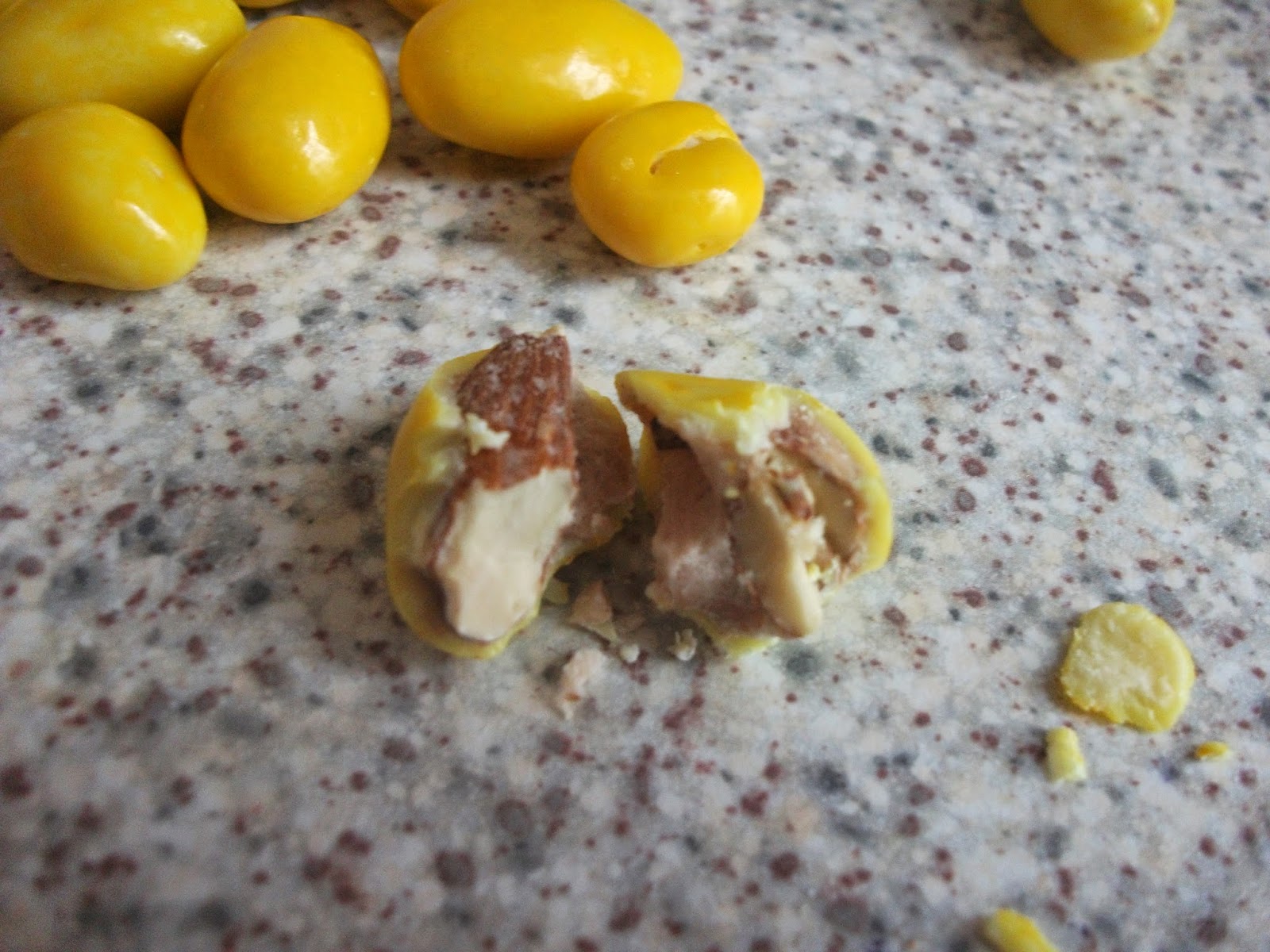 Overall, as odd as they may sound these Earl Grey Almonds are very tasty. They're a little pricey so I can't see them being more than a novelty purchase, but they're definitely a nice snack for the Summer months.