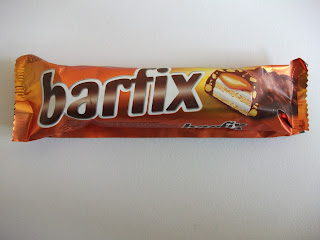 I love 99p Stores, they're always full of such odd European foods. When I spotted these Barfix bars near the tills there recently I just couldn't resist, since the wrappers were so shiny and they looked just like Lion bars! I thought they might be like those imitation versions of popular bars you usually see in shops like Aldi or Lidl, and I was right!

This bar is made in Turkey by a company called Simsek. It's described as "Crisp wafer coated with milk chocolate, crisped rice and caramel". 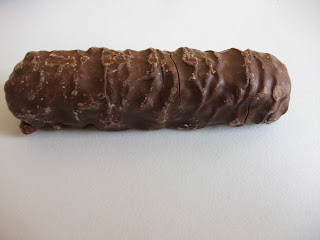 It tasted pretty much like a cheap knockoff version of a Lion bar. The wafer wasn't quite as tasty as Lion, and the chocolate was somewhat sweeter, as was the caramel. Overall, it was ok but it was never going to come close to the real thing! Especially when real Lion bars can also be found cheaply in White Chocolate and Peanut varieties! (reviews by The Snack Review). 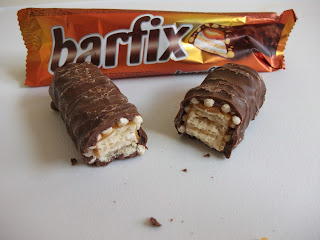 Overall, if you're strapped for cash then these are a decent bargain, but I think it's better to fork out the money for a real Lion bar, or for the legendary White Chocolate Lion! (which are currently 3 for a pound in some Poundland stores!)

Verdict: Go for the real thing!