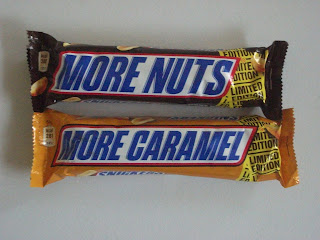 When I heard Mars were bringing out these "new" Snickers varieties I was a bit skeptical. They're not really new at all and have both been done before (More Caramel was previously known as Snickers Maximus). It baffles me why snacks companies can't come up with something truly different instead of constantly re-branding products they've already done. According to this article (warning: it's from the Daily Mail), cheap snacks will fuel consumer spending during the recession. If that's the case I hope it means we'll get some true product innovation in the coming years rather than re-branded stuff.

Anyway, enough complaining. Being the snacks hunter I am, I had to give these bars a try. I found both in Morrisons, but I've also seen a multipack of the More Caramel in Poundzone, which I find a bit odd. If they're selling at 4 for a pound then Mars can't have much confidence in them selling well as single bars.

The More Caramel Snickers basically replaces the nougat with caramel and extra peanuts, just like Snickers Maximus did. It's okay, but a bit too chewy for me. The caramel is a bit tasteless so having more of it puts too much emphasis on this. Overall it's alright but I would never go for this over a regular Snickers.

The More Nuts in comparison was as a Snickers should be - with a soft layer of nougat, chewy caramel on top and plenty of peanuts. It was thoroughly delicious, and a perfect snack. They should just replace the original Snickers with this because the extra nuts make it even tastier. 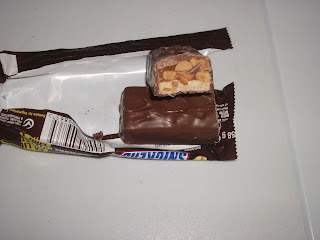 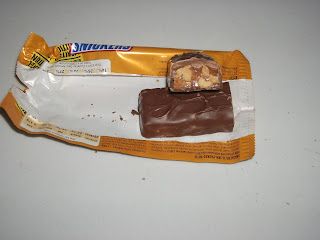 In conclusion, these Snickers bars are a bit pointless and Mars really missed an opportunity to try something new, but the More Nuts at least is a very good chocolate bar and I would happily buy it again. I hadn't bought a Snickers in a while so I guess this marketing strategy worked.

Have you tried these "new" Snickers bars yet? If so which was your favourite?
Snickers