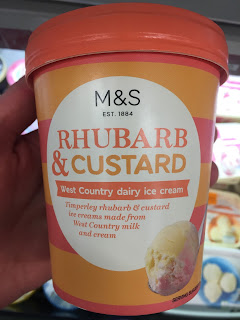 Yet another ice cream-filled Spotted In Shops today...this time featuring not just any ice creams, but new M&S ice creams!

First up - a new Rhubarb & Custard flavour, made with West Country milk and cream. Sounds fab! 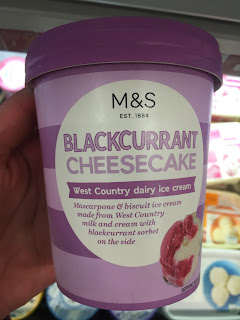 Next, an uncommon flavour - Blackcurrant Cheesecake. This one is made with mascarpone and biscuit ice cream made from West Country milk and cream, with blackcurrant sorbet on the side. 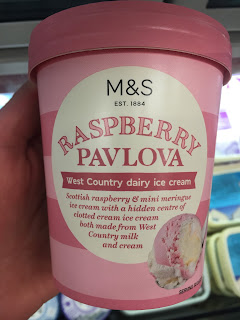 With Scottish Raspberry and mini meringue ice cream and a hidden centre of clotted cream ice cream, both made from West Country milk and cream. 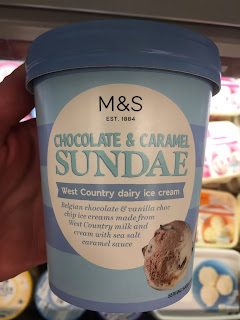 Made with Belgian chocolate and vanilla choc chip ice creams made from West Country milk and cream, with a sea salt caramel sauce. 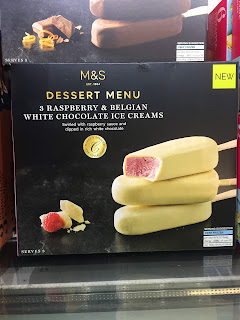 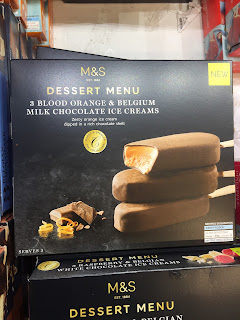 I don't know why M&S have called these Belgium Milk Chocolate rather than Belgian, but with blood orange flavour ice cream dipped in milk chocolate they sure sound tasty! 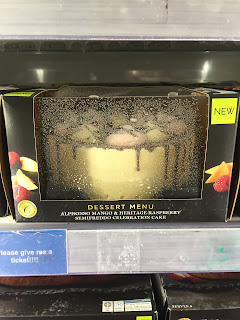 Wow, what a wordy title! This Semifreddo ice cream cake sure does sound pretty special!

Well, that's all for today...seems like all the supermarkets are gearing up for Summer with their latest new ice cream releases! Stay tuned for more Spotted In Shops including an Easter Special soon...