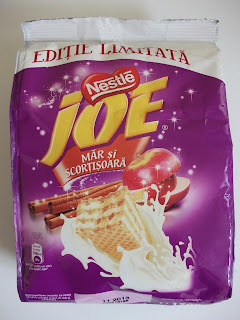 Whilst visiting London recently I had the chance to peruse a number of stores we don't get here up North. One of them was 99p Stores, which are cusiously absent in my area, even though we have plenty of Poundlands and Poundzones. After a little research it seems that 99p Stores are part of the same company as "Family Bargains", which we do get here up North, infact many of the European snacks I've reviewed on this blog are from there. 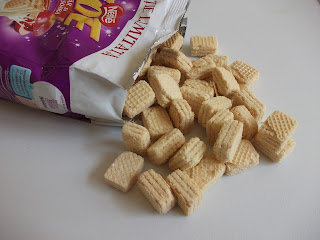 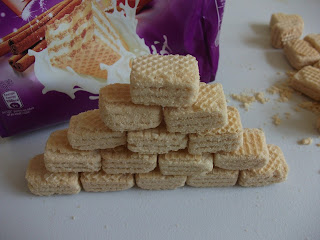 I also saw some Marzipan flavour Joe wafers which I didn't really fancy the sound of: 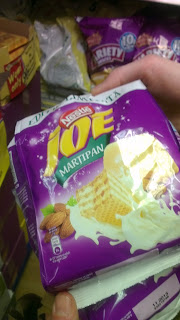 Overall, it's interesting to see different flavours of European snacks such as Nestlé Joe making their way to the UK, but these particular ones aren't something I would recommend.

I've reviewed the Hazelnut variety of Joe wafers before which you can check out here: Nestlé Joe Hazelnut Wafers.