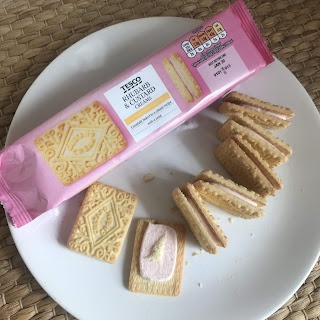 If you haven't heard by now, Tesco are selling Rhubarb and Custard creams, hurrah! I first posted about these on Instagram over the weekend and it seems it's quite newsworthy indeed...even the Daily Mail mentioned them ;) 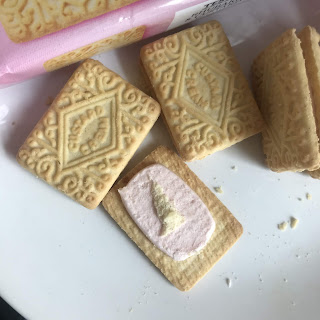 It is of course very exciting news, and it's rather baffling how no company ever thought of trying such a flavour before now? I mean it just makes logical sense...custard cream, rhubarb and custard...perfect marriage right? Well we now live in age where every mashup possible seems to exist, so it seems like the right time for them to be introduced. Of course, Hill Biscuits have been making various flavoured biscuit creams for years now, from Digestive Creams to Orange, Strawberry and even Chocolate Orange...but that's another story. 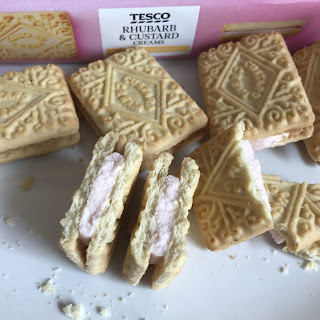 As I wrote on Instagram, they're surprisingly good, the rhubarb flavour isn't too overpowering but it's there and goes nicely with the cream element. The biscuits themselves are cheap and cheerful...don't expect buttery luxury but they're nice for what they are. All things considered, they're definitely something worth trying if you like rhubarb flavoured things!

It seems people have been having difficulty obtaining these - Tesco's website says they are currently unavailable, so they’re either really popular or in limited stock. 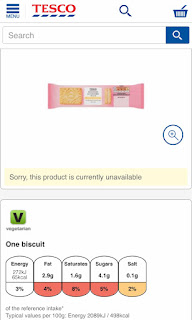 Have you managed to try these? Let me know in the comments!