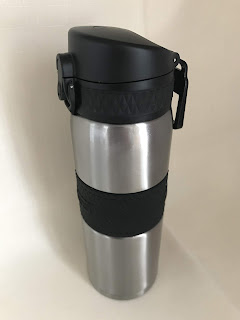 I was recently sent this new Ion 8 Leak Proof Flask to review. Now I don’t usually feature such products but as this was described as being leak proof I couldn’t say no, since I am so often disappointed with cheap flasks that end up leaking in my bag. This Ion 8 bottle promises to solve that issue with a lid that is completely sealed, with a one touch spring-open top. 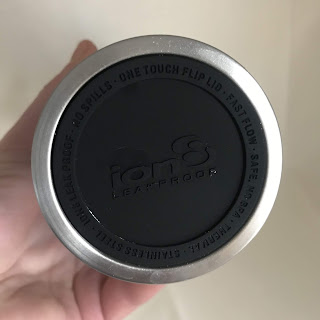 I have to say I do like the design, it’s sleek and quite sexy, haha! 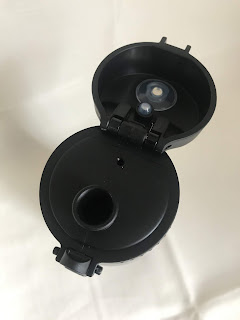 As promised the lid flips open easily and has a button on the side to do so. No unscrewing or pressing the top down like some flasks that inevitably end up leaking. The top screws off so you can fill it with your drink of choice. 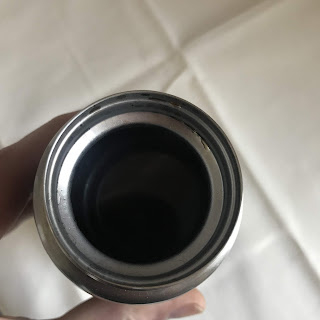 It’s BPA Free so will leave no odours or bad tastes in your drink, and keeps drinks chilled at the same temperature when filled.

I used it as a flask for coffee, which it’s not specifically advertised for but after reading the instructions they state it’s safe for both hot and cold drinks. And I can confirm that there were no leaks nor even any chance of a leak! It was also very handy to carry around in my bag and flip open when needing a quick swing of coffee - as I often do, especially when I’m shopping for new snacks! Haha. The spout design is useful and more suited to cold drinks rather than hot - if your coffee is super hot when added to the flask be careful of burning your mouth! But it was otherwise fine. I did miss there being some kind of cup attached to it, but I suppose that defeats the point of being compact and slimline.

All in all, this is a pretty good product that does the job it claims to! I’ll definitely be using it in place of my old annoying flask from now on which has been relegated to the recycle bin.

For more information and to buy these flasks see the Ion 8 website: