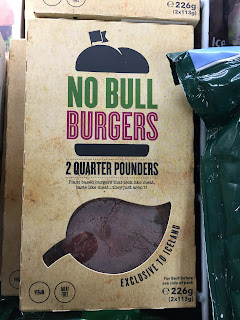 Iceland (the UK supermarket chain, not the country!) are getting in on the trend for meat-free eating and have launched a new range of "No Bull" Vegan burgers in their stores. The burgers promise the same taste and texture as real meat...to the point they even "bleed". Can I have a "EWWW?" from everyone?! Quite why a vegan would want a bleeding burger (or even why a meat eater would, for that matter) is beyond me, but apparently these come so close to the real thing they look like raw mince once cooked, thanks to the beetroot colouring used. 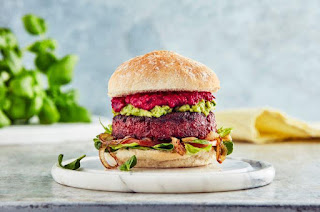 Are they any good? Reports suggest they taste as good as real meat although it's obvious that they aren't. Which is pretty much what one would expect, I suppose?

Have you tried  these No Bull burgers? Did you like the fleshy colours on offer? Let me know in the comments!