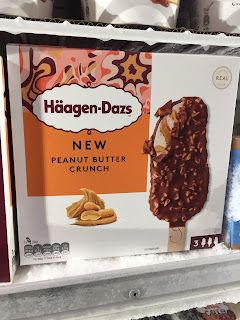 Another quick Spotted In Shops, and it seems that it's not just the weather that's getting colder this week - so are the new snacks! There's been a lot of ice cream releases lately, from the Ben and Jerrys Birthday Cake and Topped Pretzel Palooza, to some new Haagen Dazs Peanut Butter Crunch sticks, as well as a Peanut Butter Crunch Tub. Both are available in Asda but unfortunately mine has none of the tubs in yet - boo! They feature peanut butter ice cream, swirls of peanut butter sauce, crunchy caramel and milk chocolate. 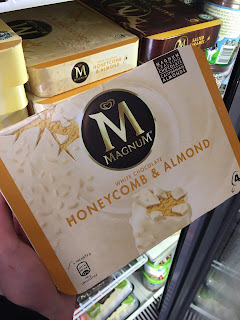 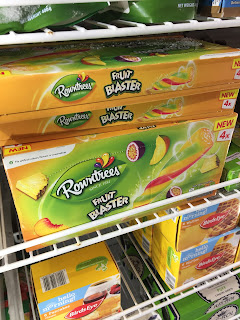 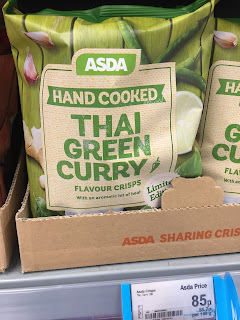 An interesting new limited edition flavour from Asda in their Hand Cooked range. 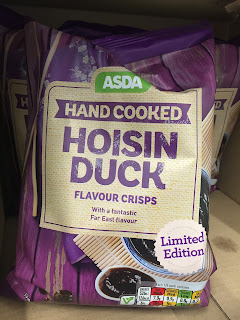 Another interesting limited edition - Asda sure do excel with their crisp varieties! 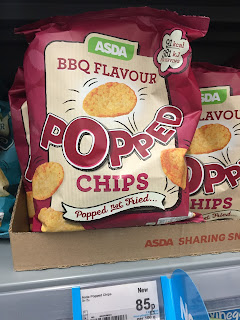 Asda are also getting on the popped crisps bandwagon with their BBQ flavour "popped not fried" chips (errrr we say crisps here, Asda?!).

That's all for now...have you tried the new Haagen Dazs Peanut Butter Crunch Ice Cream? How does it compare to the new Ben & Jerry's flavours? Let me know in the comments!