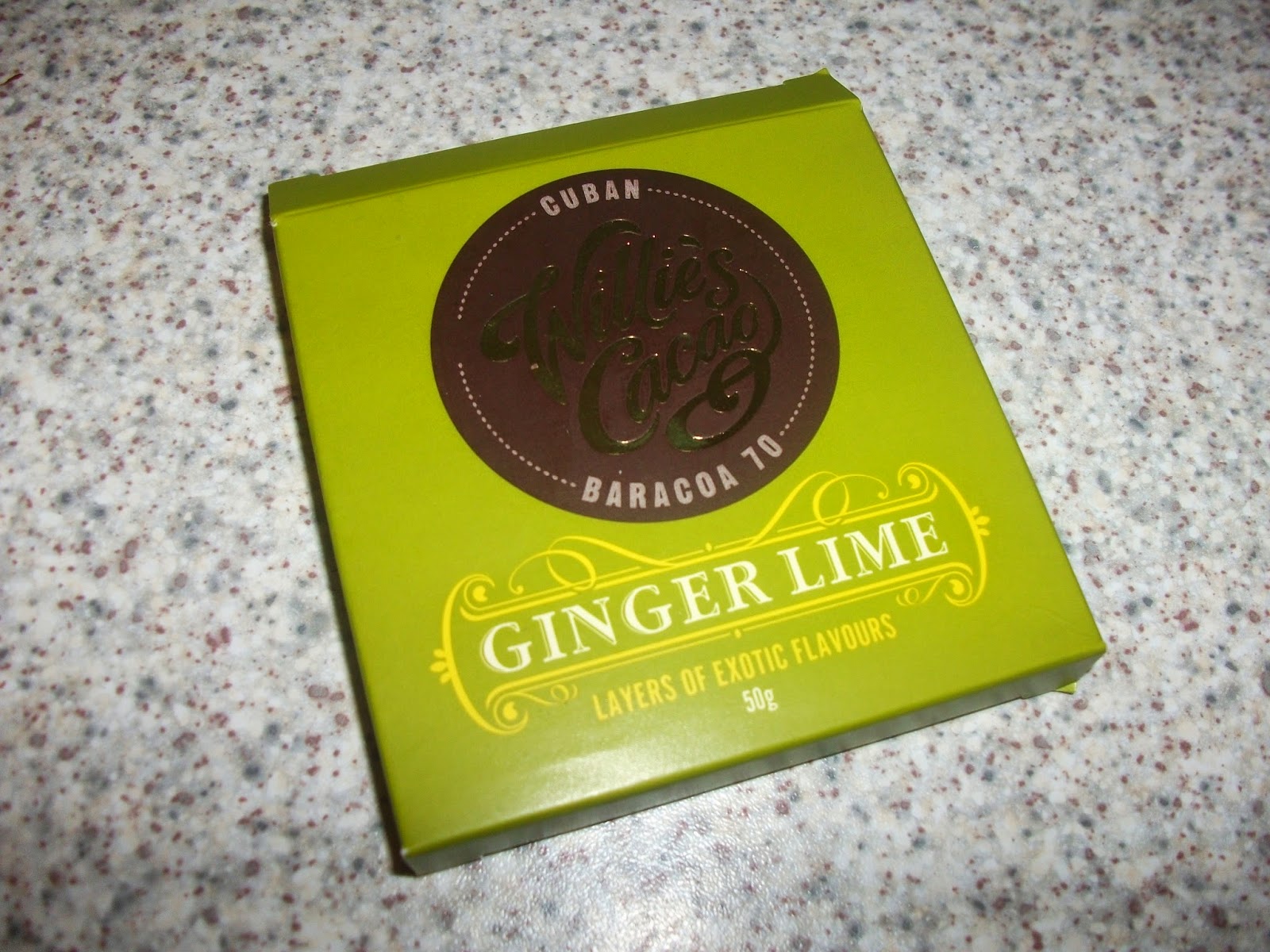 Waitrose recently did a special offer on all Willie's Cacao bars, and as a fan of unadulterated chocolates I just had to give them a try! I've tried the White "El Blanco" bar before but one I've never sampled was this Ginger Lime variety.

What I like about Willie's Cacao is that they don't use soya lecithin, and raw cane sugar instead of refined sugar. Considering the estrogenic effects of soya, as a man it's not something I really want in my chocolate. 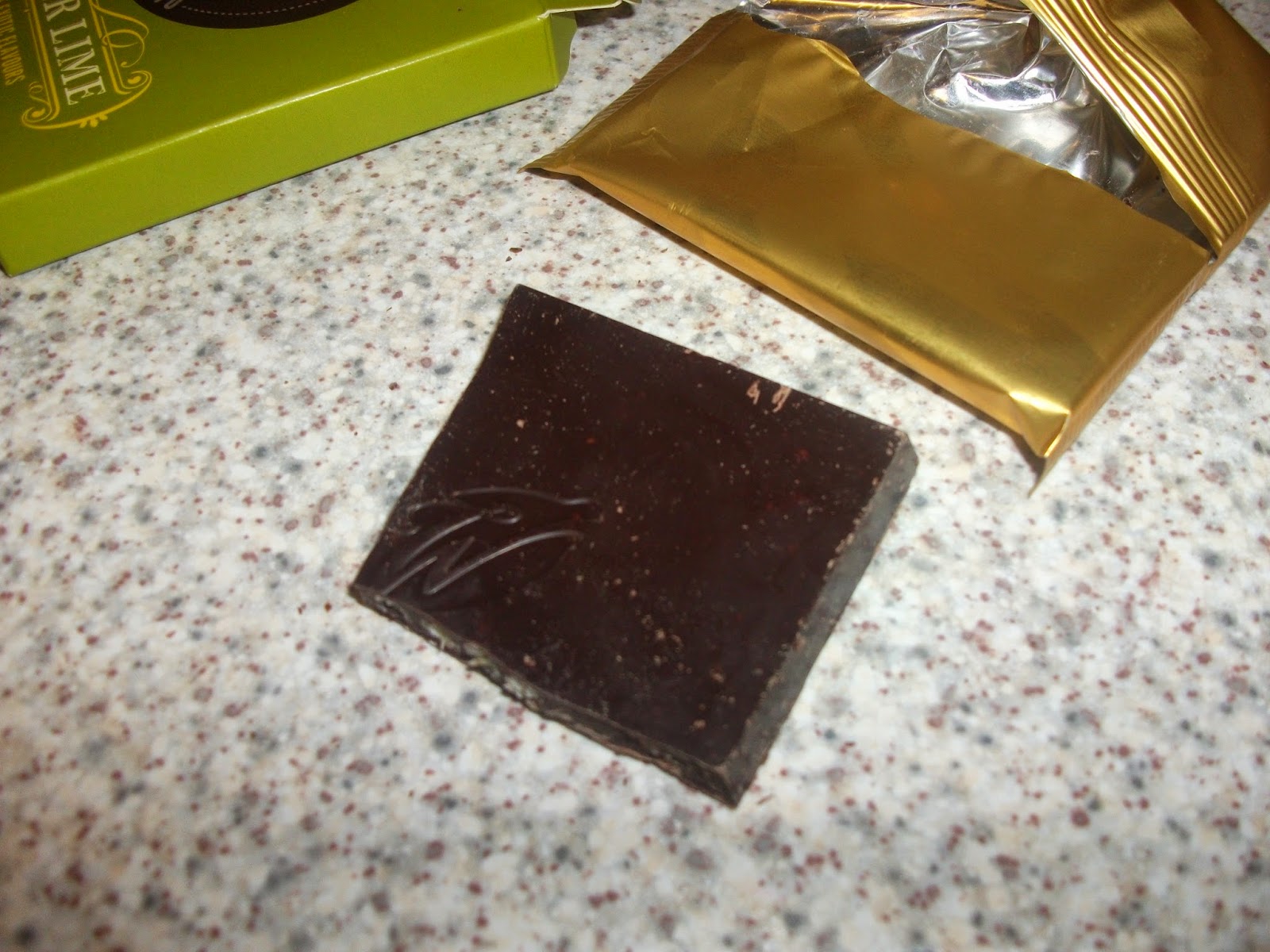 Apologies for the above photo - it was late at night when I was eating this bar! Like all Willie's Cacao bars it comes in a square block and weighs 50g. It contains 70% cocoa solids, and is hand-crafted in Willie's factory based in England. Yay for locally produced chocolate! It contains 12% crystallized ginger which is pretty impressive, plus 0.1% lime oil.

It tasted delicious. The ginger flavour is very strong and fiery, giving a pleasant warmth that is nicely balanced with the tartness of the lime oil. The chocolate is rich and flavoursome, and unlike some dark chocolates there was no bitter aftertaste. The ginger was the main flavour on display though, and its sweet fiery flavour really took over. It worked perfectly with the dark chocolate.

Overall, this is a seriously tasty bar and one I would buy again, but probably only when on special offer. If you like ginger and dark chocolate - try this bar!