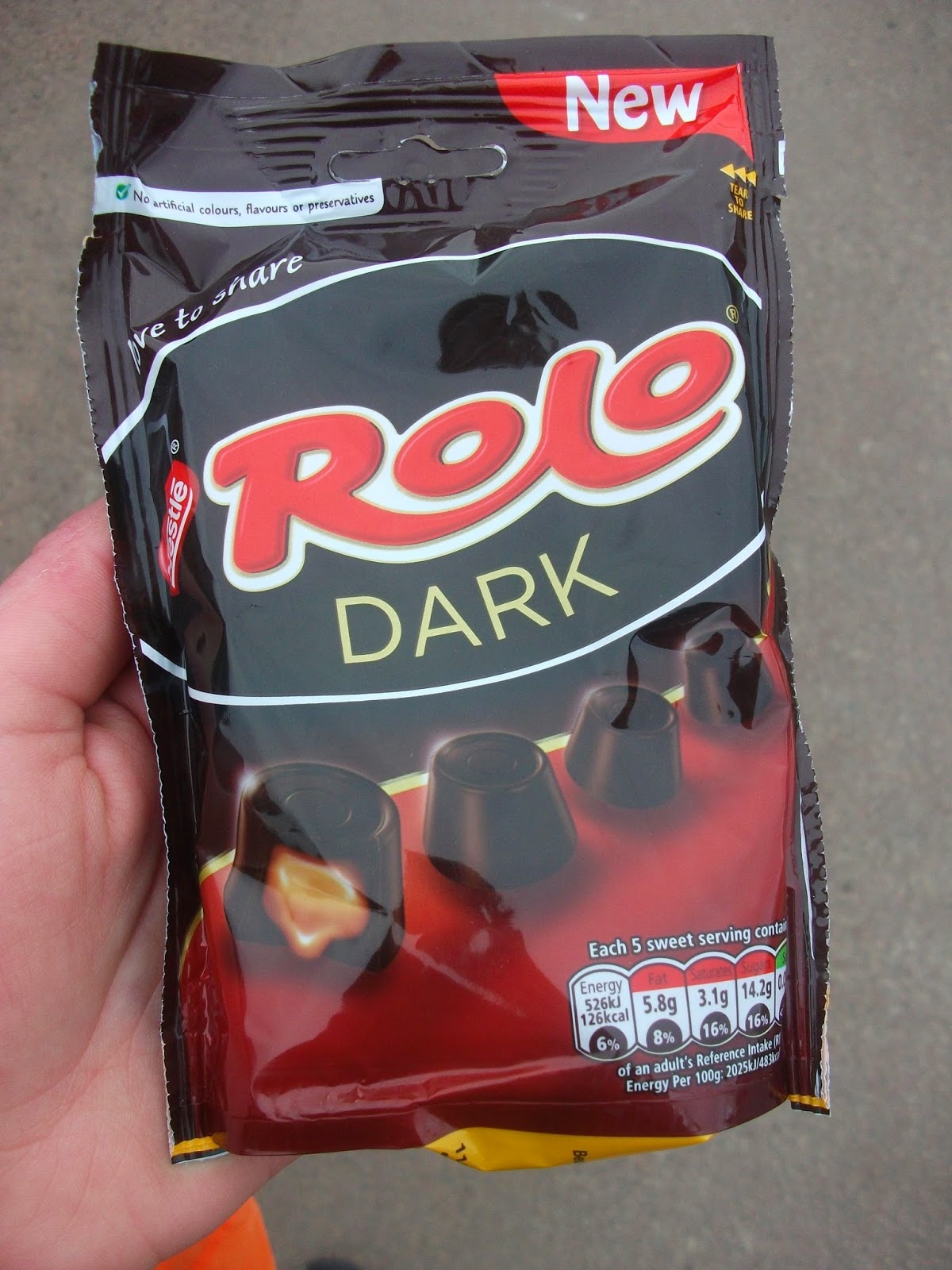 Although they're called "Dark", they contain only 45% cocoa solids, which I guess is about as "dark" as a mass produced chocolate like this is going to get. 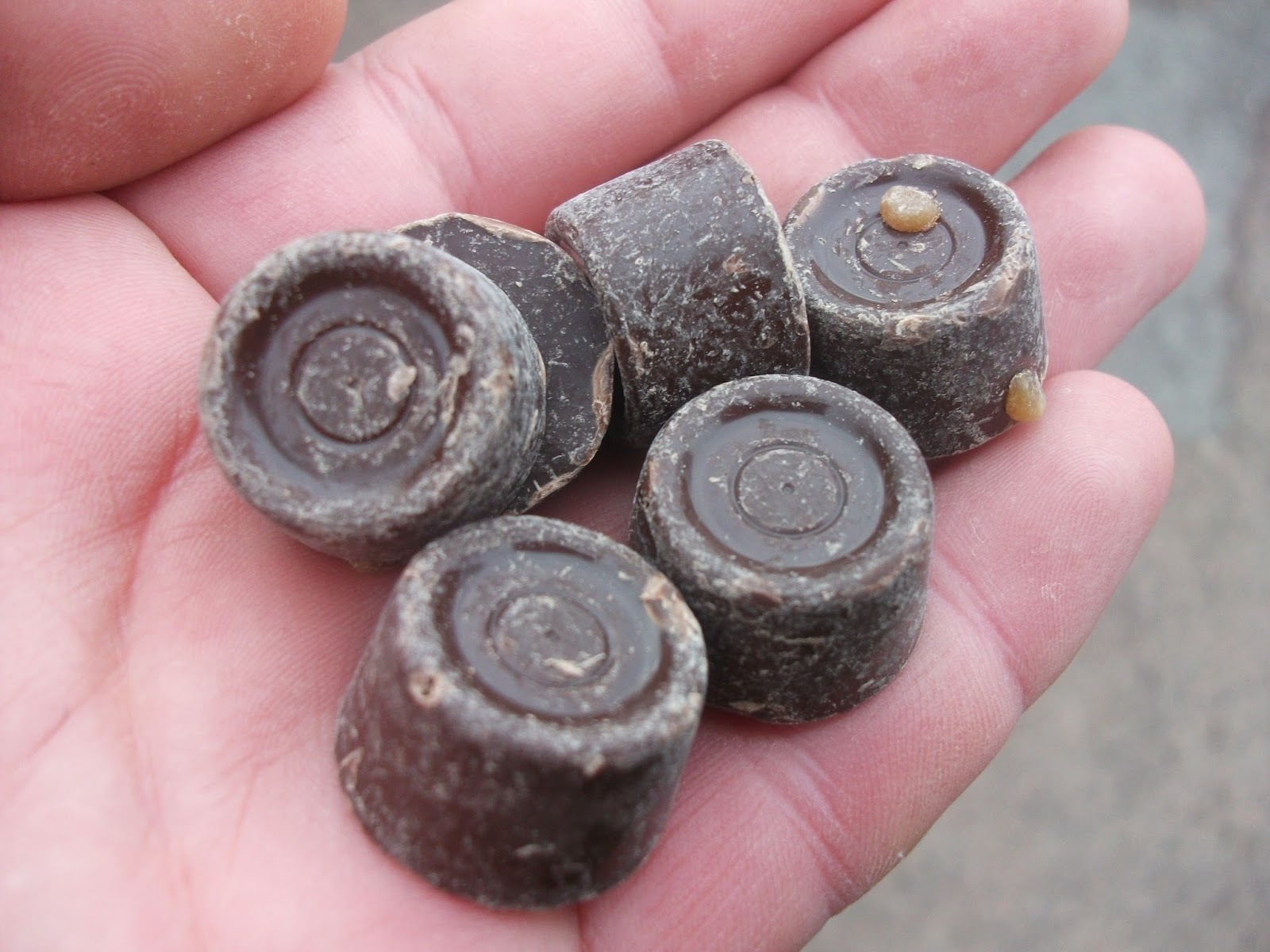 To be honest, if I was given these in a blind taste test I don't think I would have been able to tell they were dark chocolate. They tasted pretty similar to regular Rolos, although maybe a tad less milky. They were still extremely sweet and moreish, with the classic sweet toffee centres making me reach for one too many. Before I knew it half the bag had gone....oops!

Overall, although these are not truly dark chocolate and won't impress chocolate conoissours, they're a very moreish snack and presumably less sugary than regular Rolos, so if you're concerned with sugar intake I suppose these have a place in the chocolate world. I doubt they will stick around, but kudos to Nestlé for trying new variations. I think white chocolate Rolos would've been a better option though to be honest!