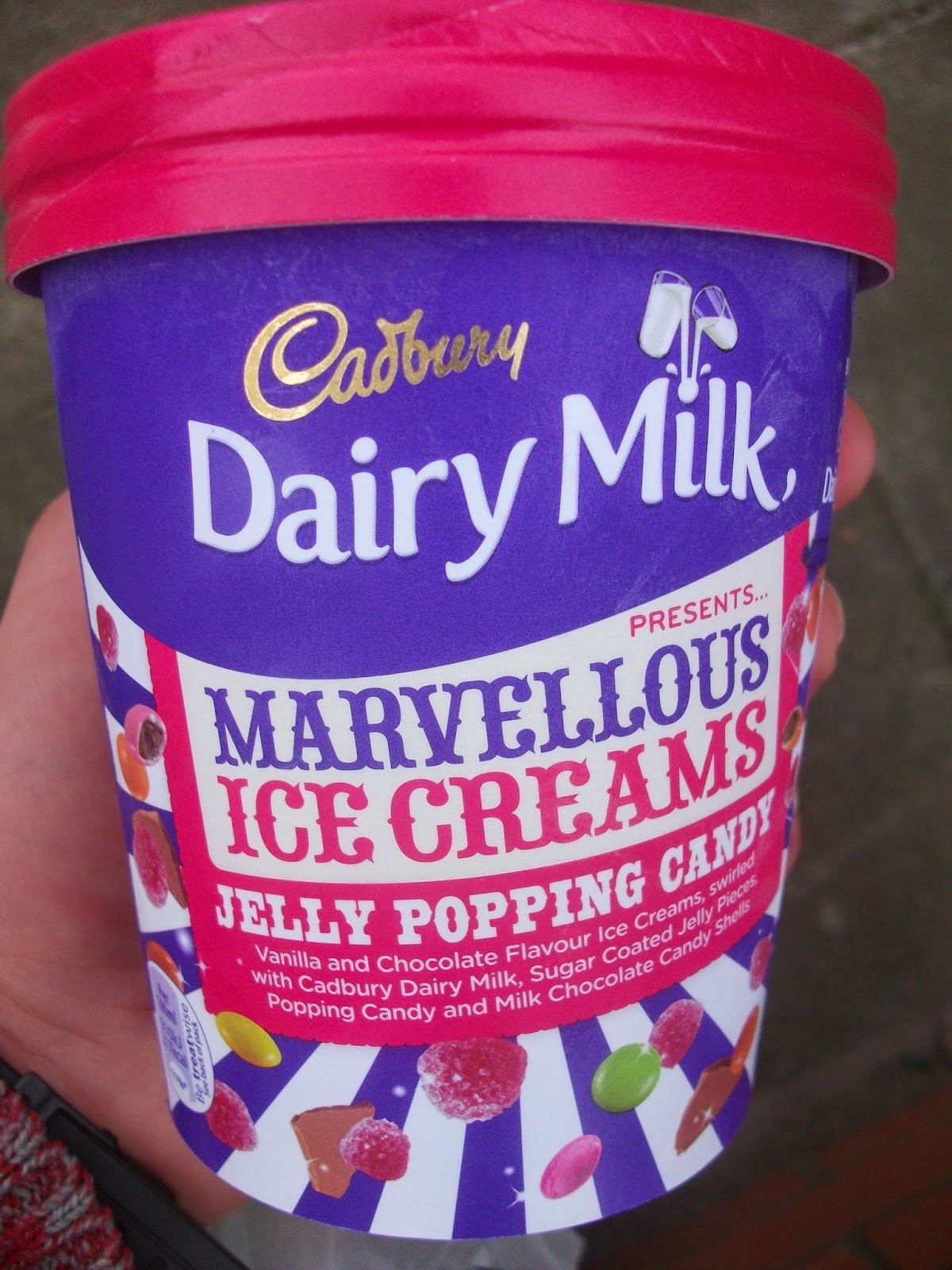 Although I was expecting to enjoy Fairground Candy Crunch the most, I actually ended up liking this one a lot more. The tastes and textures were spot on! 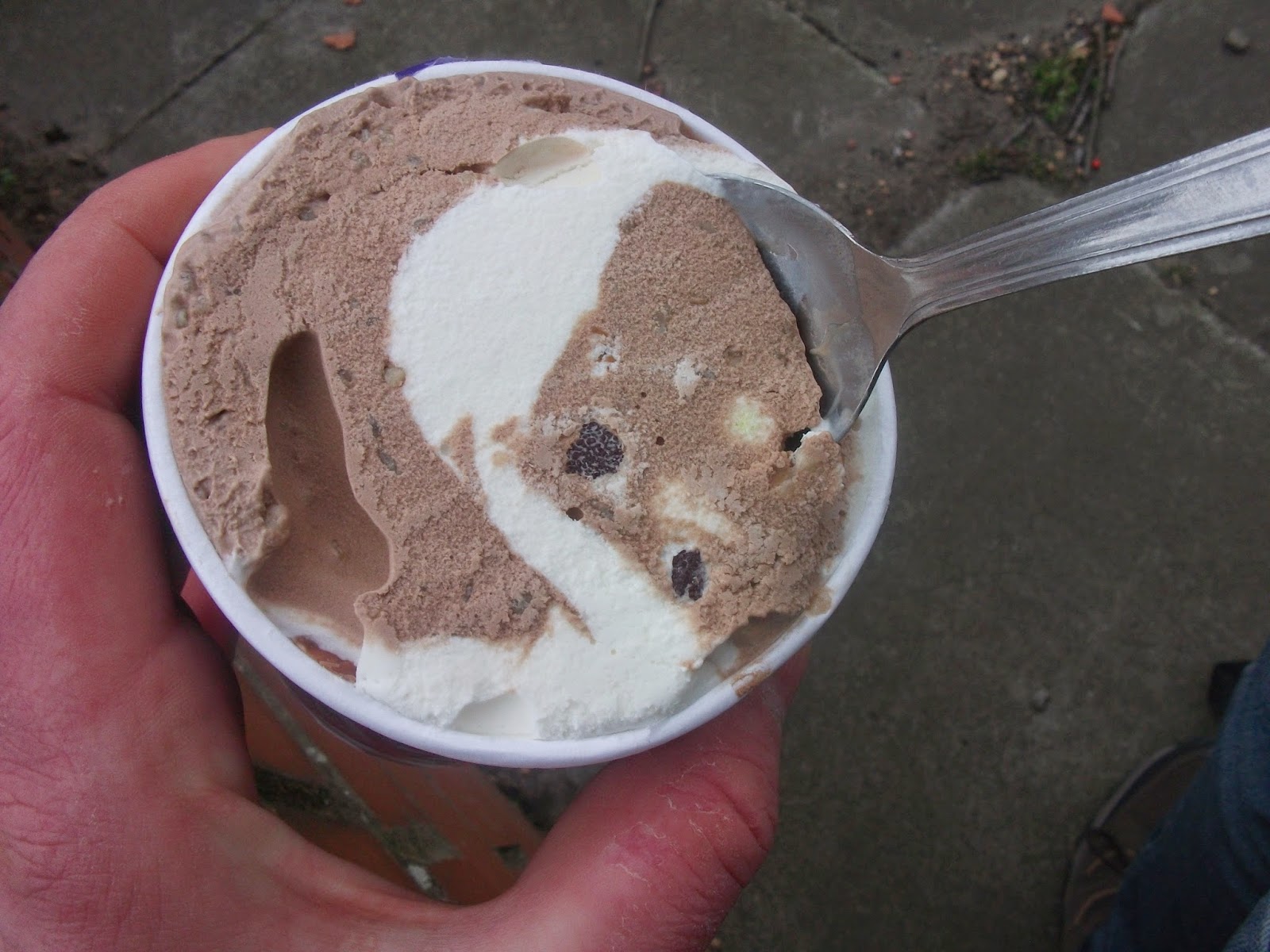 It's described as "Vanilla and chocolate flavour ice creams swirled with milk chocolate, sugar coated jelly pieces, fat coated popping candy pieces and candy coated milk chocolate pieces". Although some of those might sound a little odd or plain, they work together perfectly! 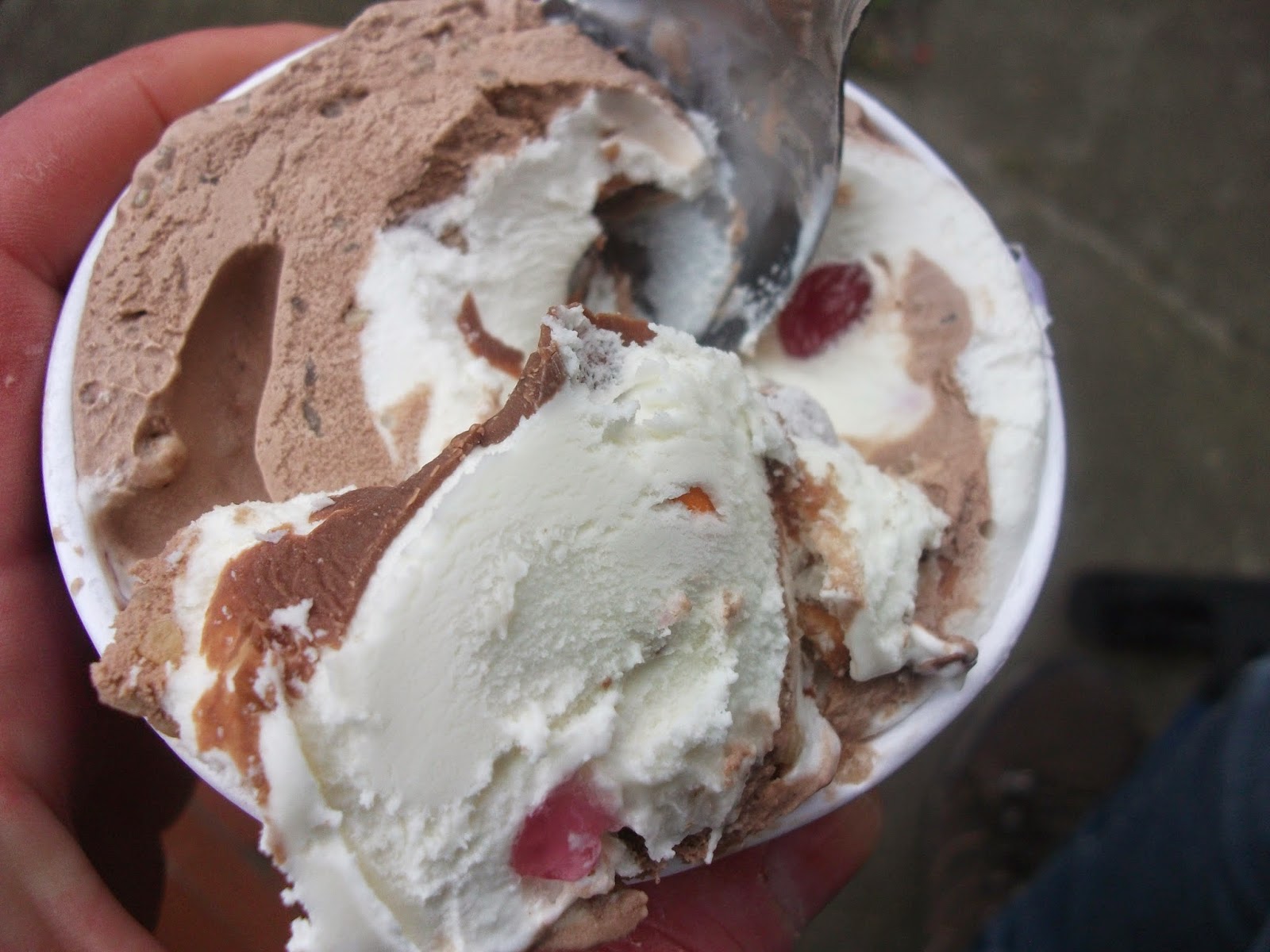 As my readers now know (to much amusement, no doubt!) I carry mini cutlery with me wherever I go. What can I say, I like to be prepared in case of finding tasty new snacks!

Like the Fairground Candy Crunch the ice creams were both swirled together with the added goodies mixed in. It's not quite as colourful as the Fairground variety but don't let that fool you...it's just as tasty! 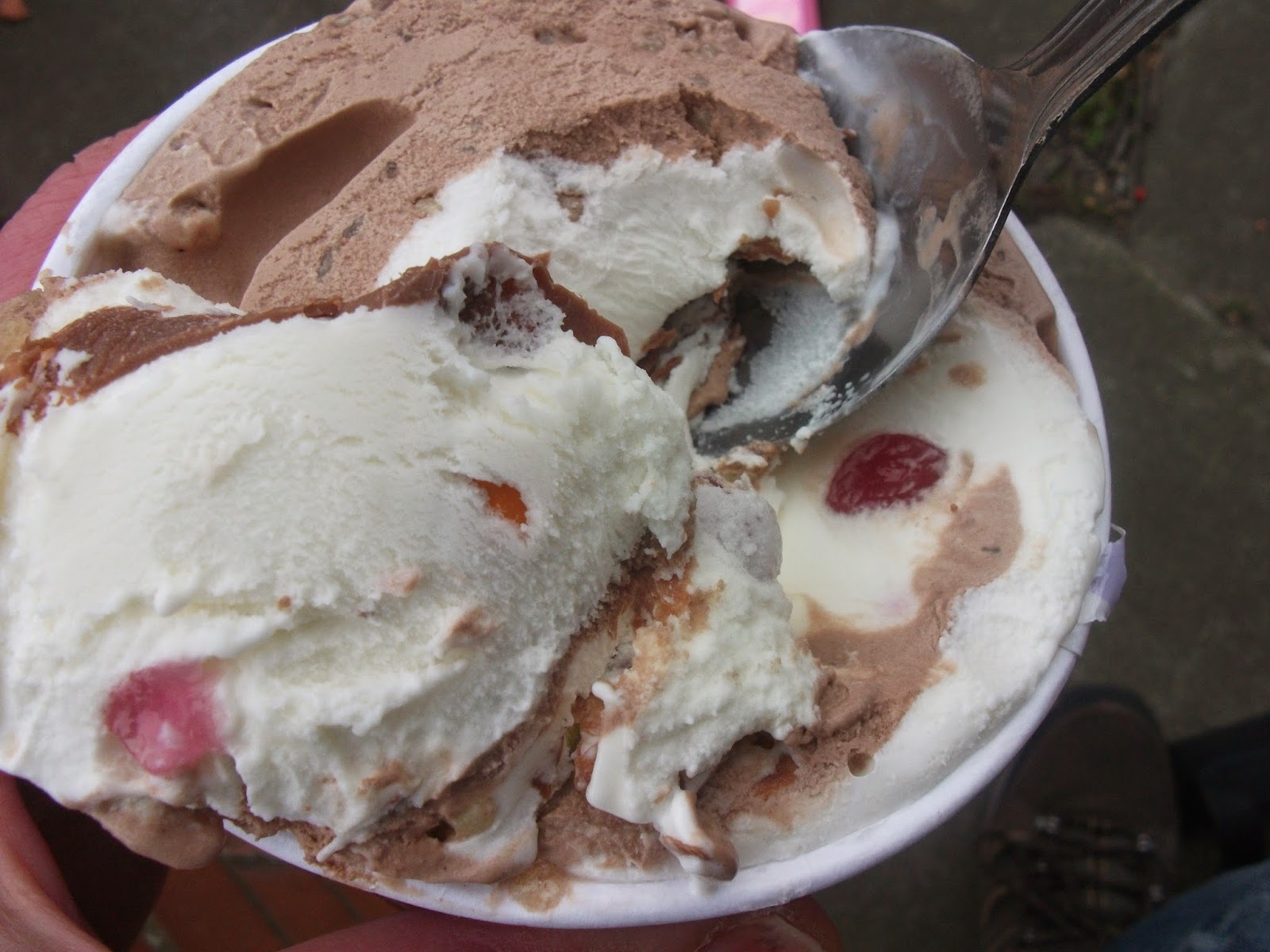 The ice creams were very creamy, maybe not as much as Ben & Jerry's or Haagen Dazs but they were still very good. It was the jelly pieces and popping candy that really livened up the taste, though...the jelly pieces were fruity with a lovely chewy texture, whilst the popping candy brought a nice crackling crunch. It wasn't too overwhelming, and I think those who don't usually like popping candy might even enjoy this.

As with the Fairground variety, there was a large swirl of solid Dairy Milk at the centre of the tub. At first I was a bit confused...I wasn't sure what to do since it proved difficult to chip bits off. I ended up leaving it until last and eating it as a solid lump, which was actually very delicious! It seemed a little more creamy than regular Dairy Milk, so presumably contained added fat or something to prevent it freezing rock solid.

Overall, this is my favourite of the two "Marvellous Ice Creams" I've tried so far, but both are excellent and I'm sure Fairground Candy Crunch will be extremely popular. I'm not so interested in the other flavours, but will probably end up trying them at some point no doubt!

Cadbury Marvellous Ice Creams are currently on offer at £2.49 at Asda, so stock up while you can!