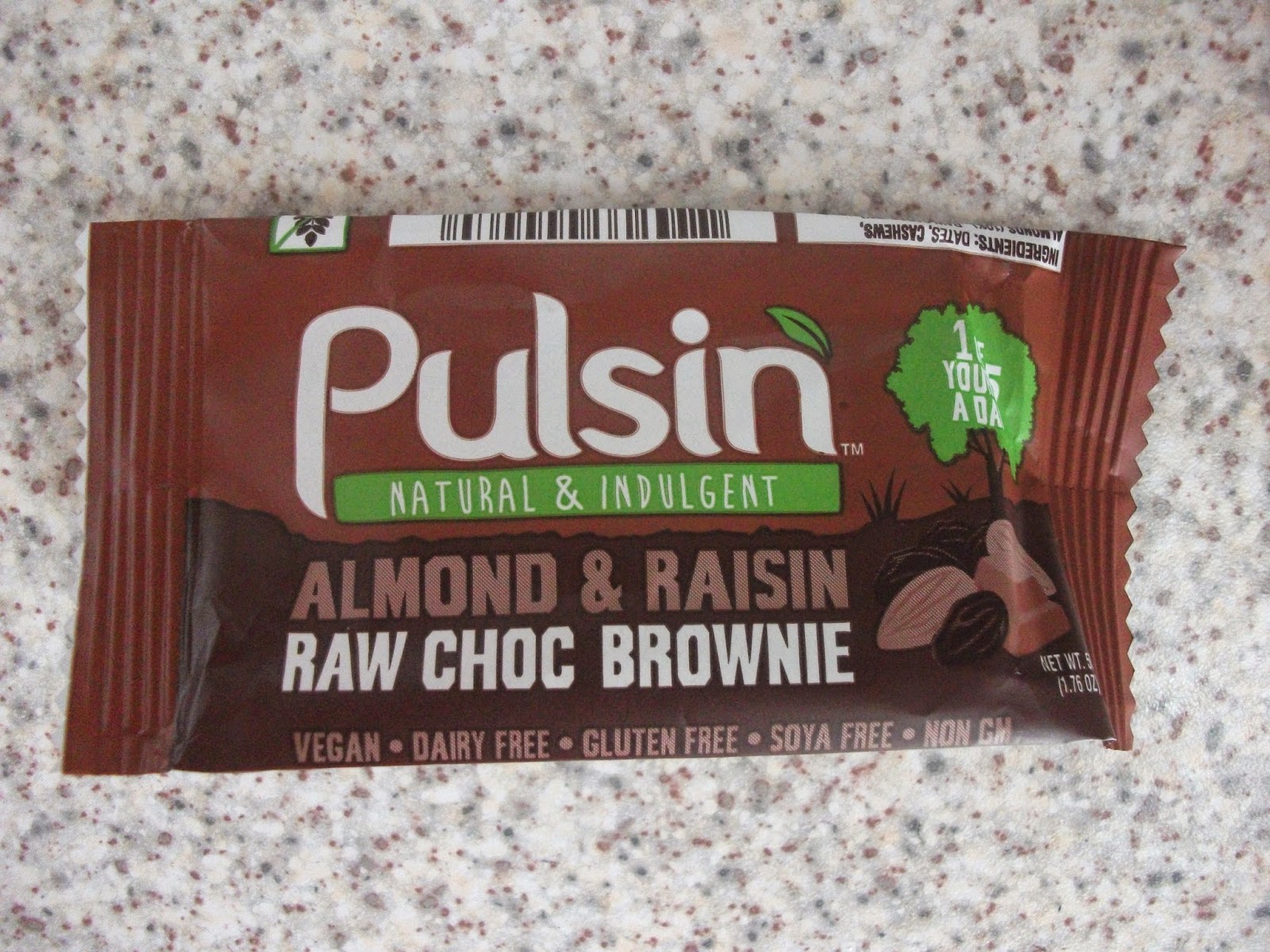 Just a quick review for this Pulsin "Raisin & Almond Raw Choc Brownie", as I have no pictures of the brownie since I ate it in a dark cinema recently!

I bought this from Holland & Barrett as a "healthier" treat, along with some toasted coconut. It contains natural sweetness from dates, raisins and rice malt syrup, with added almonds and cashew nuts that give it a chewy texture.

It was very moist with a strong cocoa flavour, and reminded me somewhat of Naked bars - the texture is very similar - but perhaps more dense and chocolate-y. I wouldn't quite say it deserves the name "brownie" but it's certainly a tasty and nutritious alternative. They apparently count as "one of your five a day", which is handy!

Overall, I would recommend Pulsin brownies if you're trying to add nutrient density into your diet but also want a "treat". They might not replace "real" brownies but they're definitely a tasty and energizing snack.

Gluten Free and made in a Gluten Free Kitchen, at a low temperature using renewable energy. Also vegan and dairy-free. For more info: