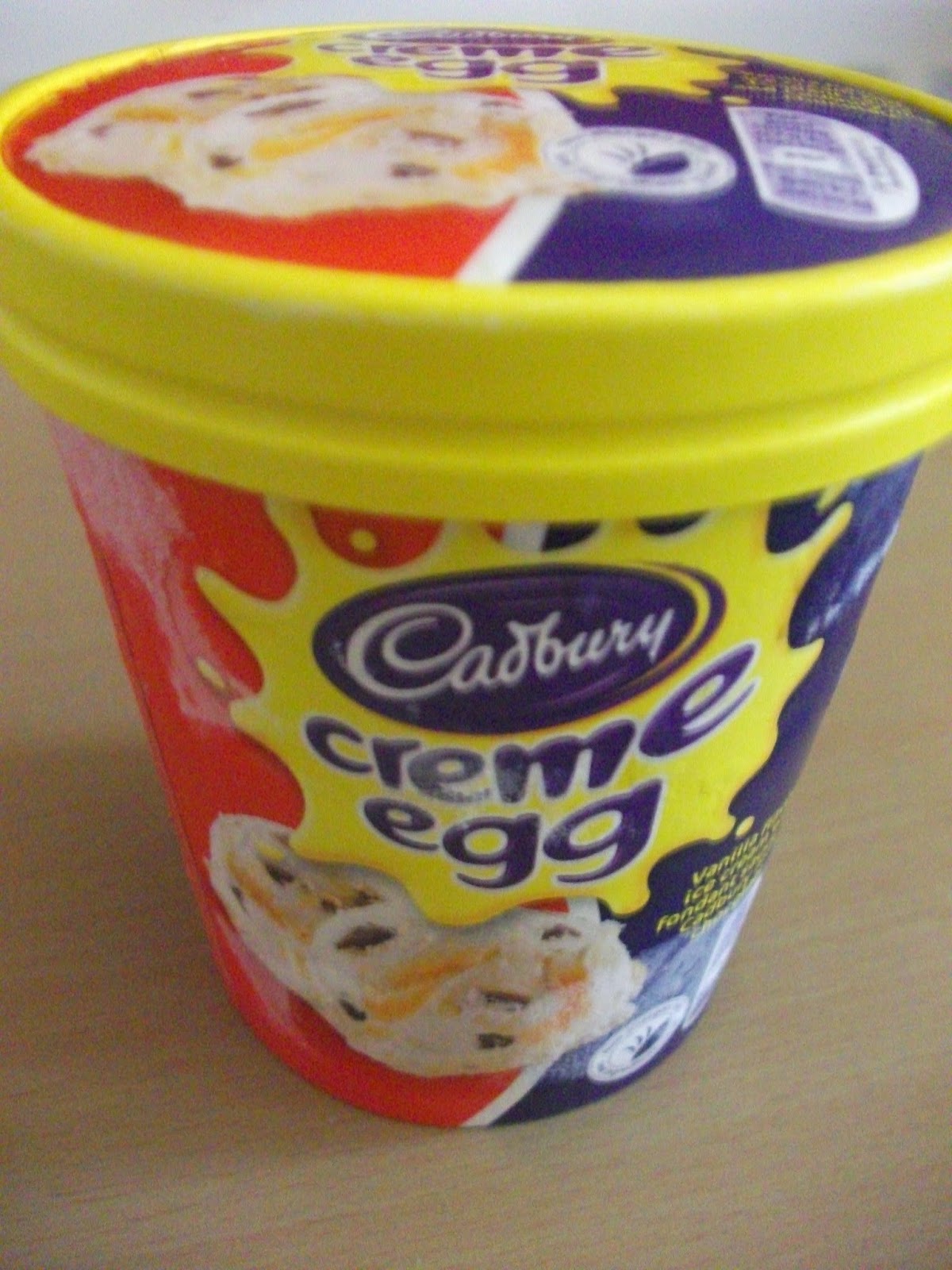 What with Easter just around the corner, creme eggs have temporarily taken over the supermarket shelves at the moment. Everywhere you look there's the iconic eggs, in large or mini versions. But they also come in dessert form (Pots of Joy), Biscuits, Milkshakes (I tried one recently from Shakeaway  - amazing!) as well as...ice cream!

I spotted this Creme Egg ice cream in Tesco Express on special offer for £2, and at that price thought "why not, it's nearly Easter!" I've seen it in supermarkets before, so it's not really all that new, but for some reason it never really appealed to me. I didn't think the combination of sweet sugary creme egg fondant would add much to vanilla ice cream. But I was wrong! 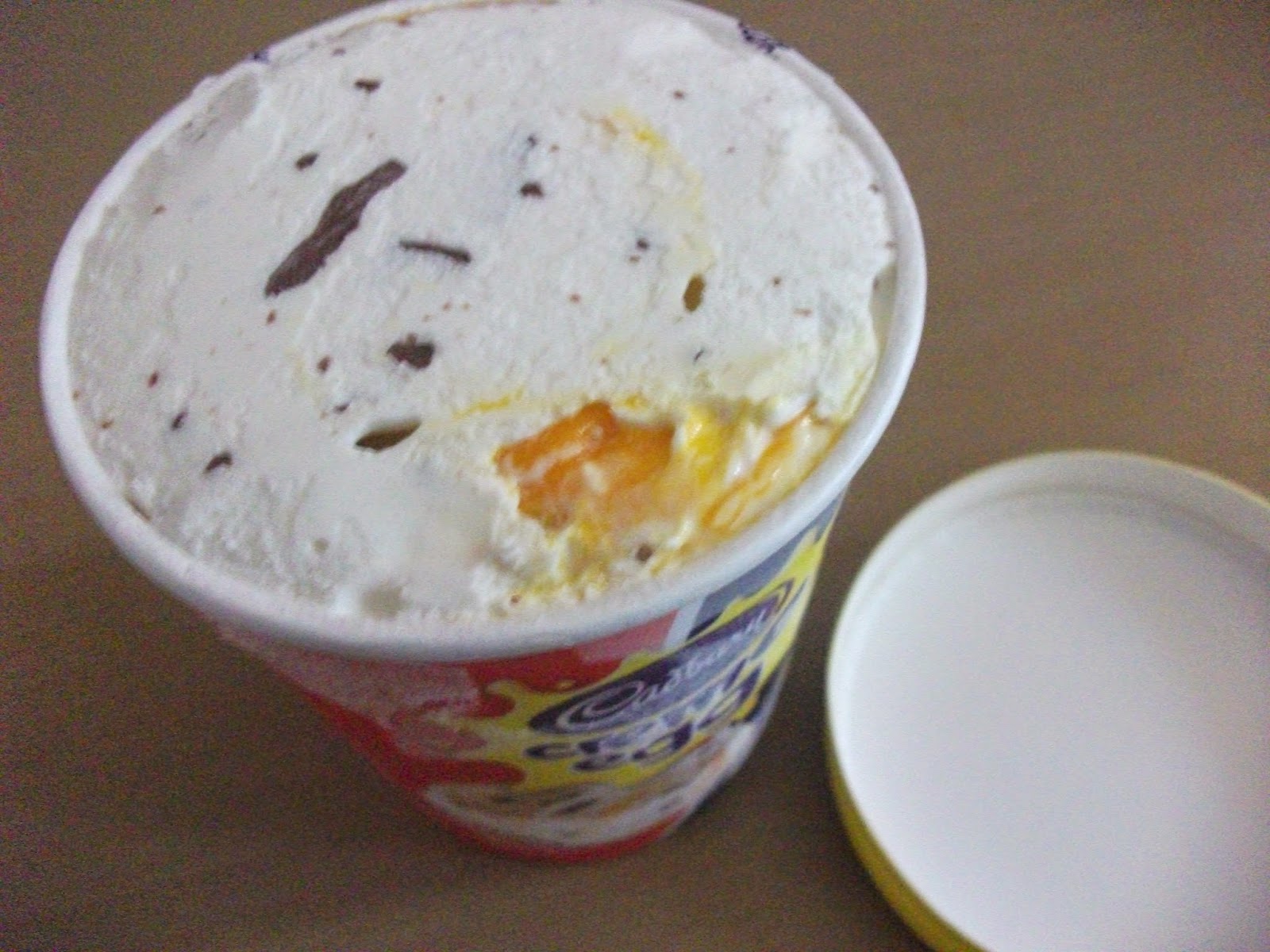 The ice cream is described as simply "Vanilla flavour ice cream with fondant sauce and Cadbury milk chocolate". The fondant is orange coloured, like the centre of a creme egg and there's large pockets of it embedded in the ice cream. In fact I was surprised by just how much of it there was...after diving in with a spoon I came across what looked like a small reservoir of orange goo! 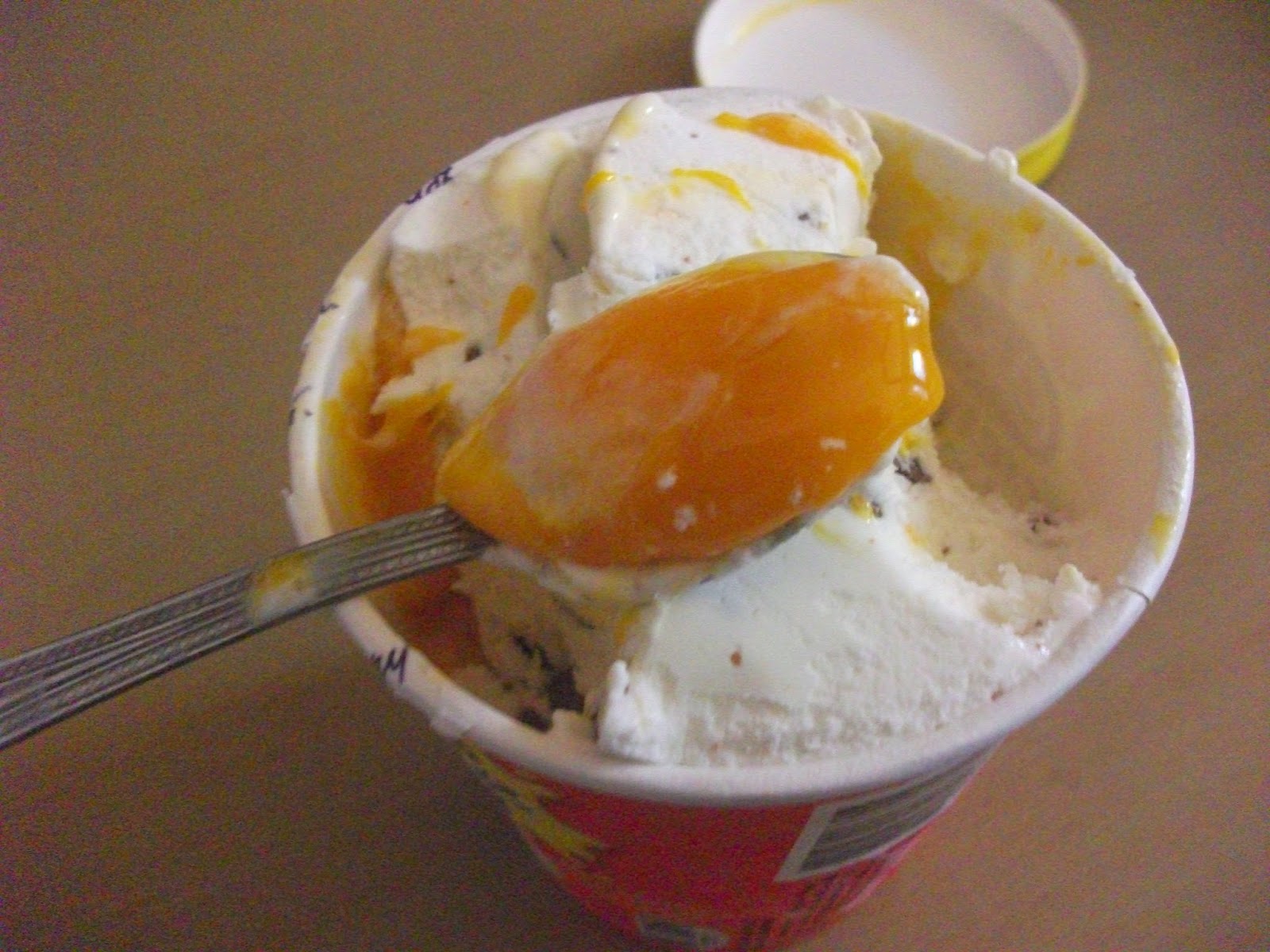 As you can see...lots of goo! To be honest I felt it was almost out of proportion with the bits of Cadbury chocolate embedded in the ice cream.

The ice cream itself has a basic sweet vanilla flavour, but the bits of Cadbury chocolate and sweet yellow fondant make it a real treat. It really does feel like Creme Egg in ice cream form, and delving into the yellow goo I felt like I'd found a prize...like the pot of gold at the end of the rainbow! 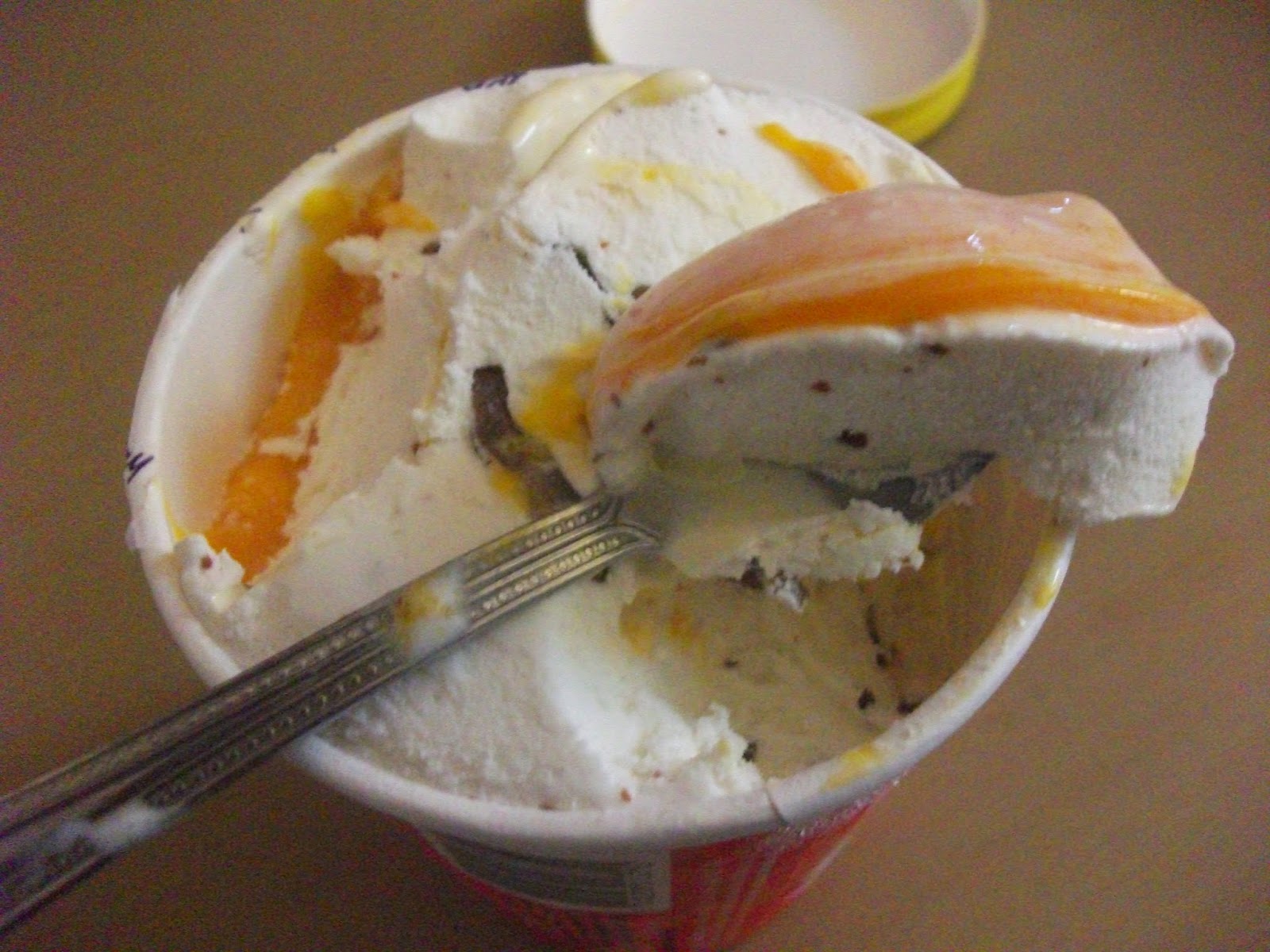 Basically, if you're a fan of Cadbury Creme Eggs you need to try this ice cream this Easter (preferably with real Creme Egg on top!) It's a sweet, creamy, sickly treat...isn't that what Easter is all about these days?!