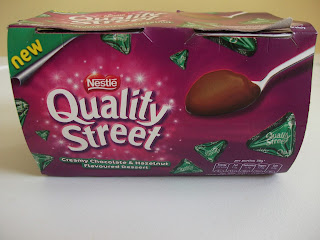 As well as the After Eight desserts I reviewed yesterday, I also picked up these new Quality Street Green Triangle desserts from Morrisons recently. They're described as "Creamy chocolate and hazelnut flavoured dessert" and are "inspired by" the hazelnut praline green triangles from Quality Street. 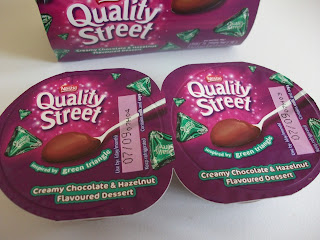 I enjoyed these a lot more than the After Eight desserts. They tasted very nutty and chocolatey and fitted the flavour of the Quality Street Green Triangle perfectly. They were very sweet though, and two small pots were enough to give me a nice sweet chocolatey hit. 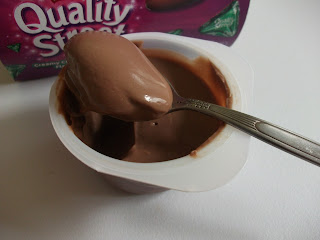 Overall I thought these desserts were very nice, although they made me wish that Nutella did their own version. They'd surely be tastier by default since Nutella is the king of hazelnut flavoured chocolate, and probably far more indulgent. I'd still recommend these though if you like hazelnut flavoured stuff - they're pretty tasty for the price.