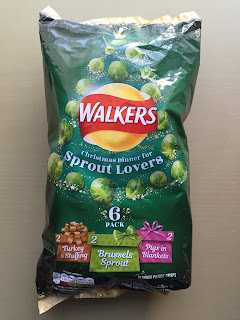 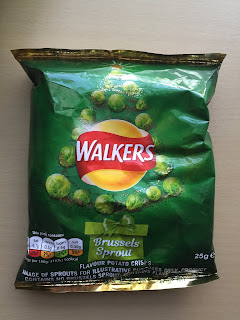 I knew these were coming out, so they weren't much of a surprise when I spotted a multipack in Sainsbury's over the weekend...and straight into my basket it went. 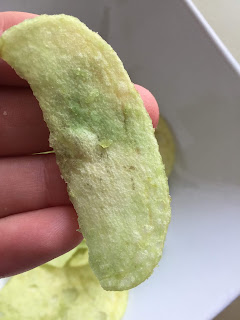 I'll focus on the most unusual flavour from the multipack today - brussels sprouts! My most hated and feared vegetable, yet one I still keep trying in all its weird incarnations. Opening the bag, these certainly had a sulphurous sprout-like aroma, and an odd shade of green - almost like green potatoes. Scary! 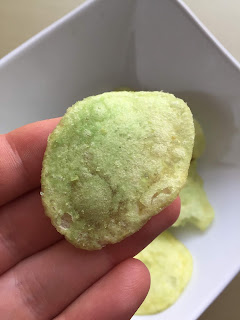 I took a bite, and as expected they did have the familiar sprout-like flavour, but luckily it was mild enough to be inoffensive. Certainly nothing like the horror that was Brussels Sprout Flavour Tea, anyway! I managed to finish the bag which is an achievement for someone who loathes sprouts so much - I even started to enjoy them after a few handfuls. They definitely make for an interesting novelty and I'd say are worth a try just for the fun of it. The other flavours in the pack make it a pretty decent selection overall; the Pigs in Blankets is rather similar to Smoky Bacon whilst the Turkey & Stuffing is like Walkers Roast Chicken.

All in all then, as novelty products go this one really isn't too bad - what a revelation! I'm tempted now to try the Prosecco and Peppercorn Xmas Dinner Pringles that were recently released...anyone dare me?!