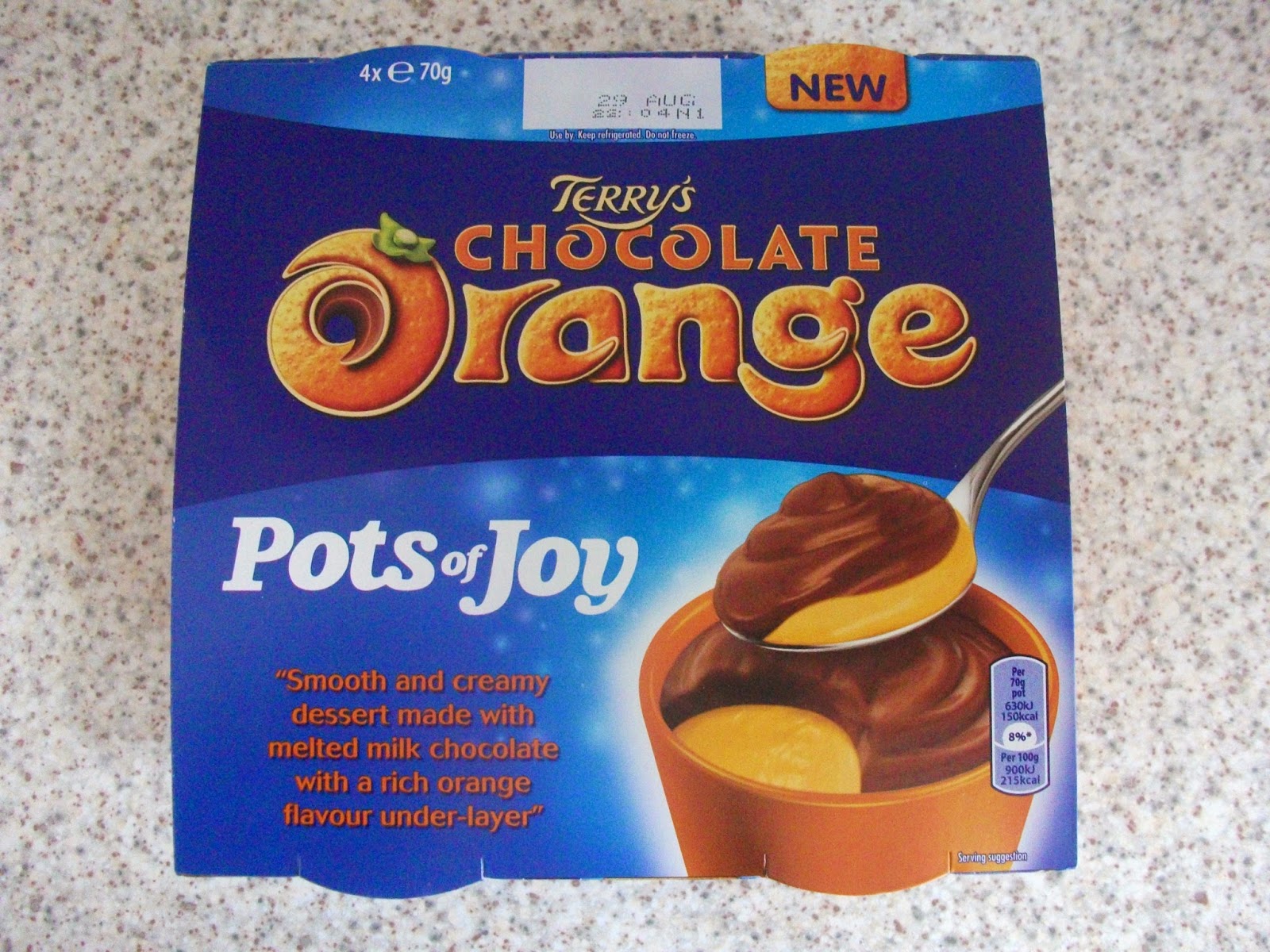 Mondelez are cranking out new products at alarming speed right now, and the latest to join their ever-swelling range are these Terry's Chocolate Orange Pots of Joy. "Pots of Joy" are usually associated with Cadbury's, but since Mondelez also own Terry's it seems they've deemed it OK to add these to the range too.

They're described as "Smooth and creamy desserts made with melted milk chocolate with a rich orange flavour under-layer" and are currently on offer for £1 at Asda. 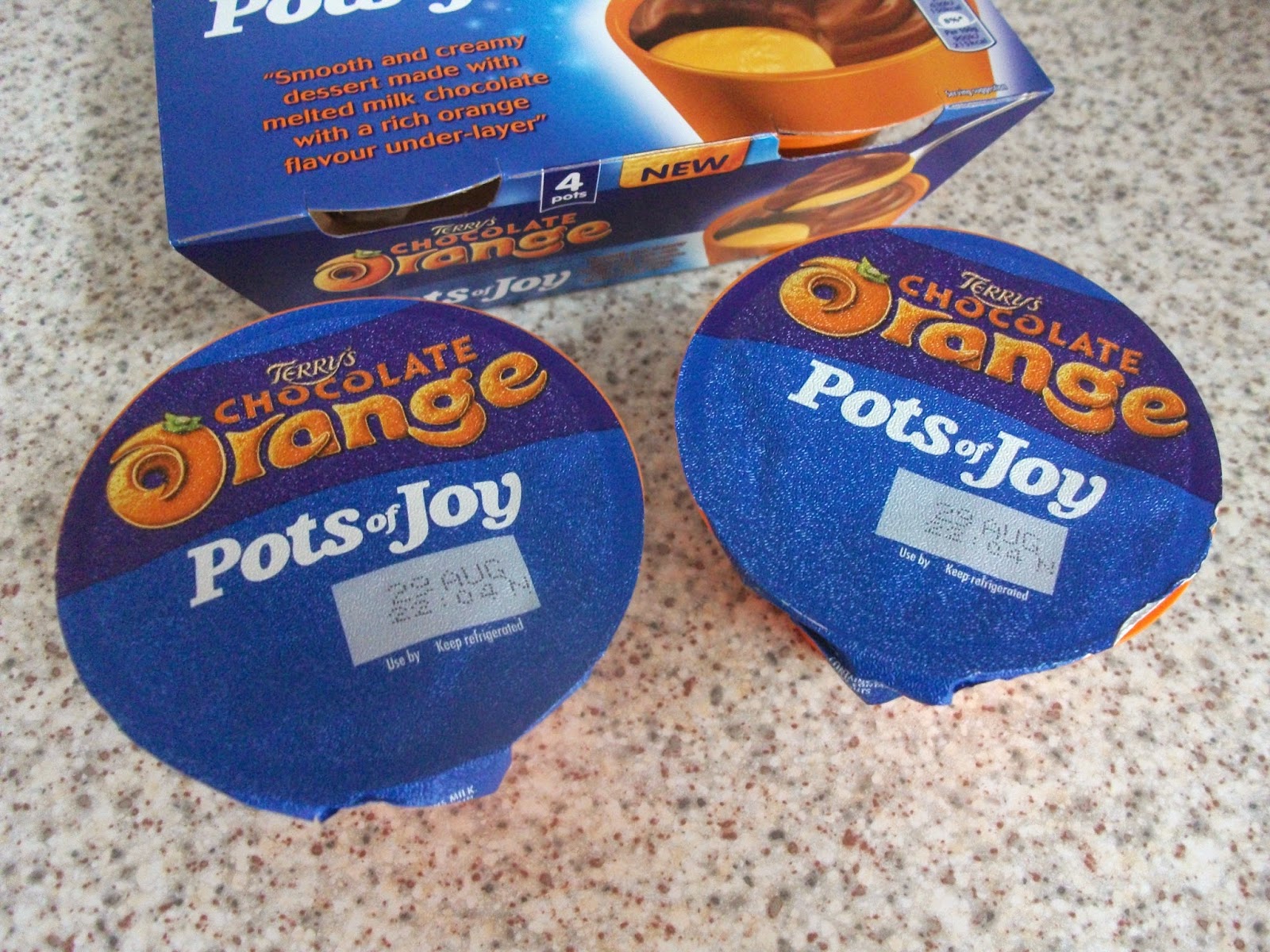 Like all Pots of Joy they're rather dinky little pots, so it's likely most people will eat two at once. Unless you're a hamster I suppose... 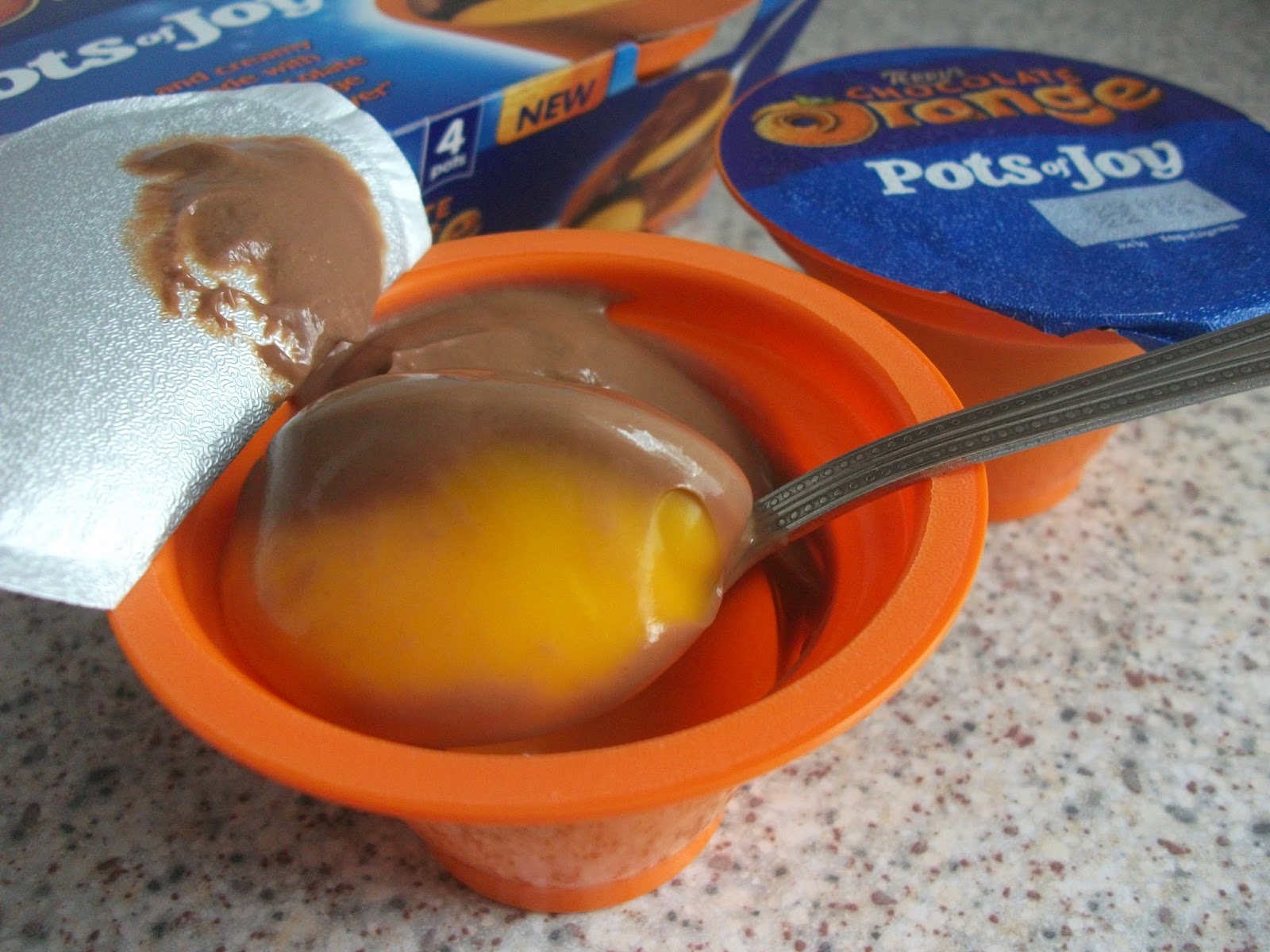 The chocolate upper layer tasted creamy and very smooth, although I would've liked more chocolate flavour. The orange layer however was a letdown...it just didn't taste right. It was too citrusy and sickly, and as a layer by itself just doesn't work. I don't really get why it's seperated from the chocolate layer as it kind of defeats the point of  "chocolate orange"... ie. chocolate AND orange blended together! It was almost like eating orange yogurt with a layer of chocolate on top. It just doesn't work.

Overall, I found these Terry's Chocolate Orange Pots of Joy disappointing. I was expecting to love them but they're rather sickly and don't work that well in practice.

Have you tried Chocolate Orange Pots of Joy? If so let me know your thoughts in the comments!