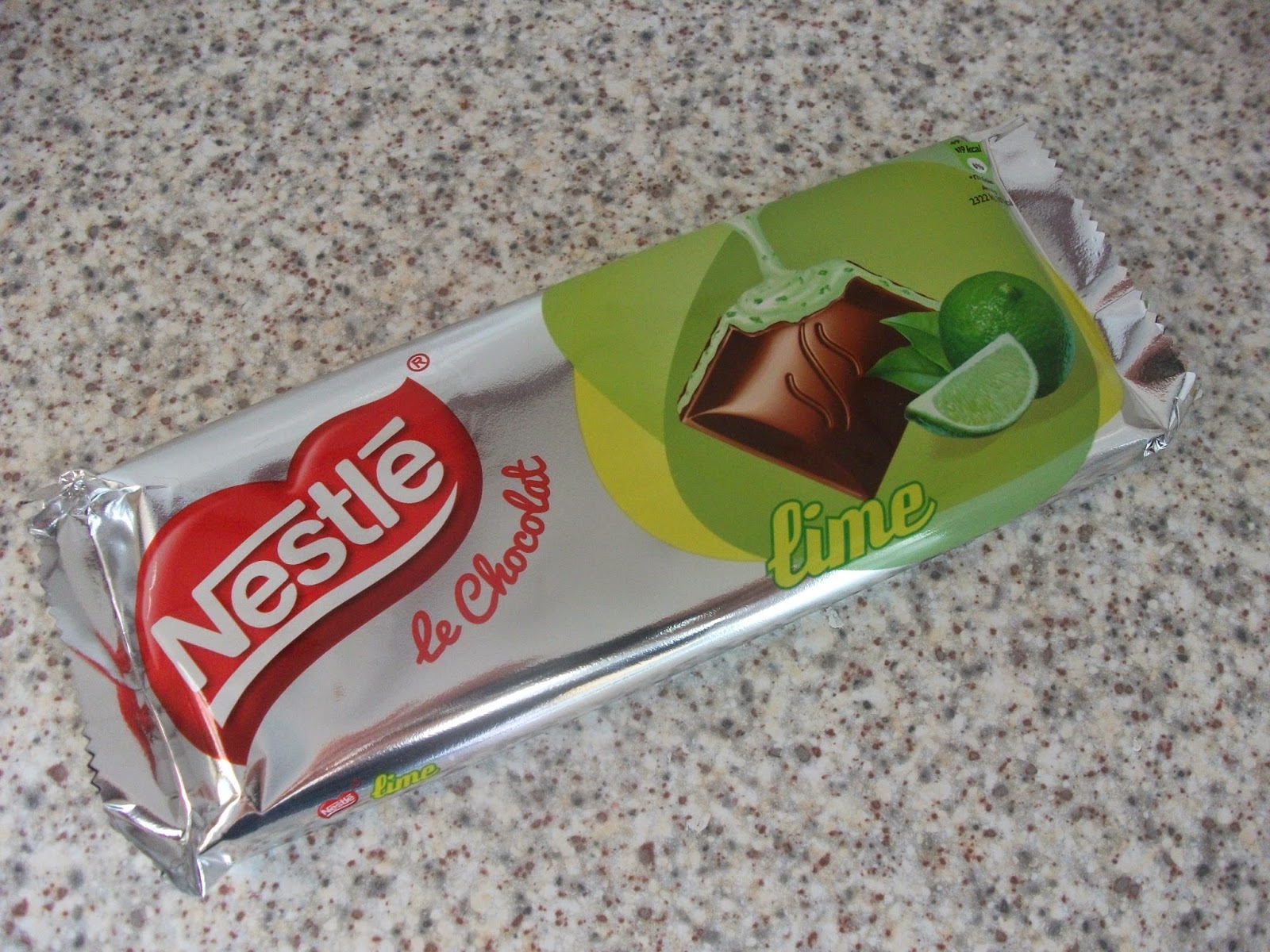 When I found this bar of Nestlé Le Chocolat Lime on a local market stall recently I just had to give it a try...it's not often you see lime-flavoured chocolates!

When I opened the wrapper though, I felt rather disappointed. Not only because of the dusty bloomed appearance of the chocolate, but also because I've tried the same bar before but in different packaging - the Czech Nestlé Orion Lime Cream Bar I reviewed last year. 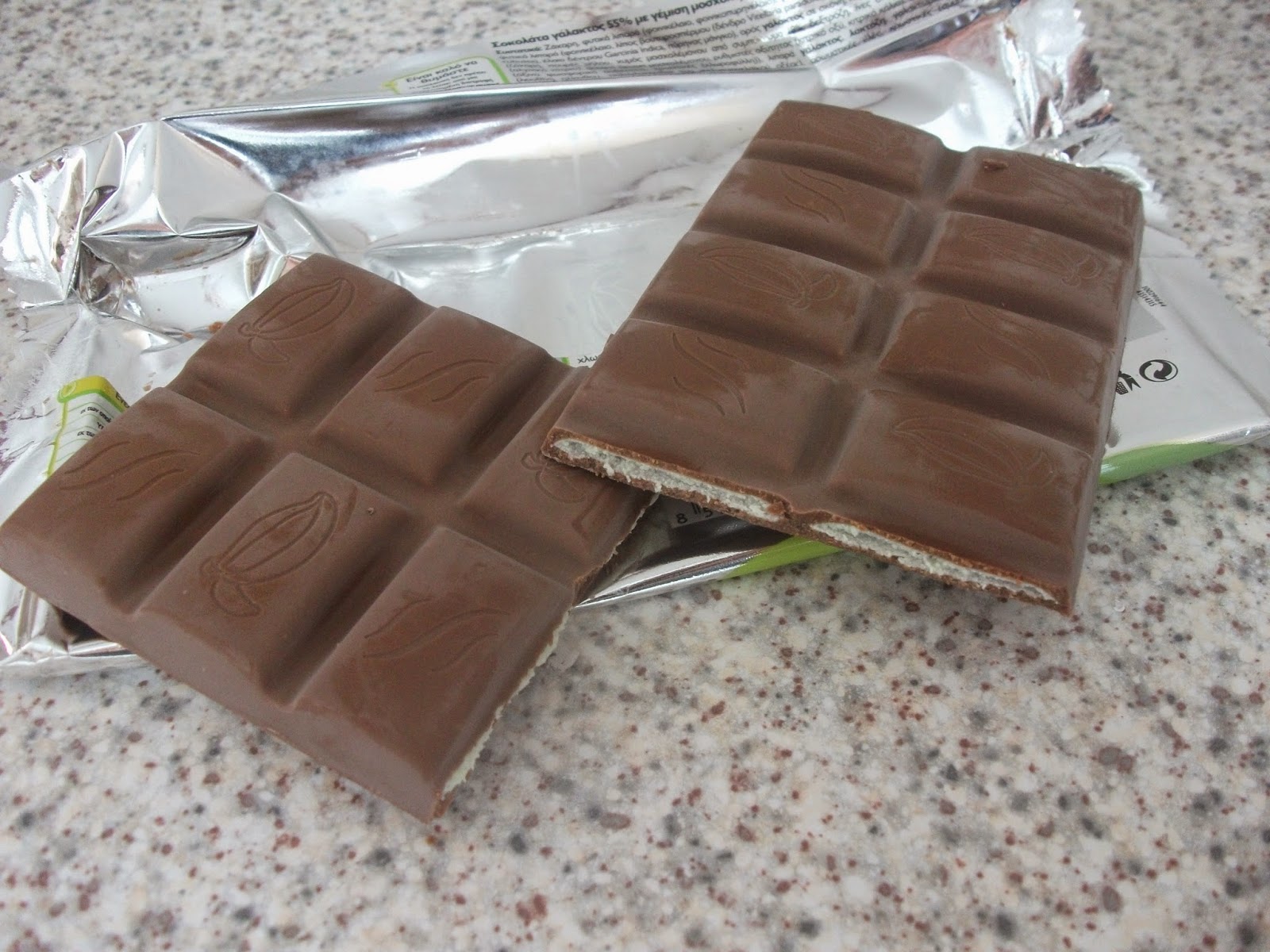 Basically this bar tasted exactly the same, although a little on the stale side due to the bloomed chocolate. It's a tasty bar with a unique tangy lime flavour, but a little sickly in excess. This version is made by the Greek arm of Nestlé and there appears to be quite a few other flavours in the range too.

Overall, an interesting bar and if you happen to see one I would recommend giving them a whirl if only for the sake of novelty.
Greek Lime Nestlé