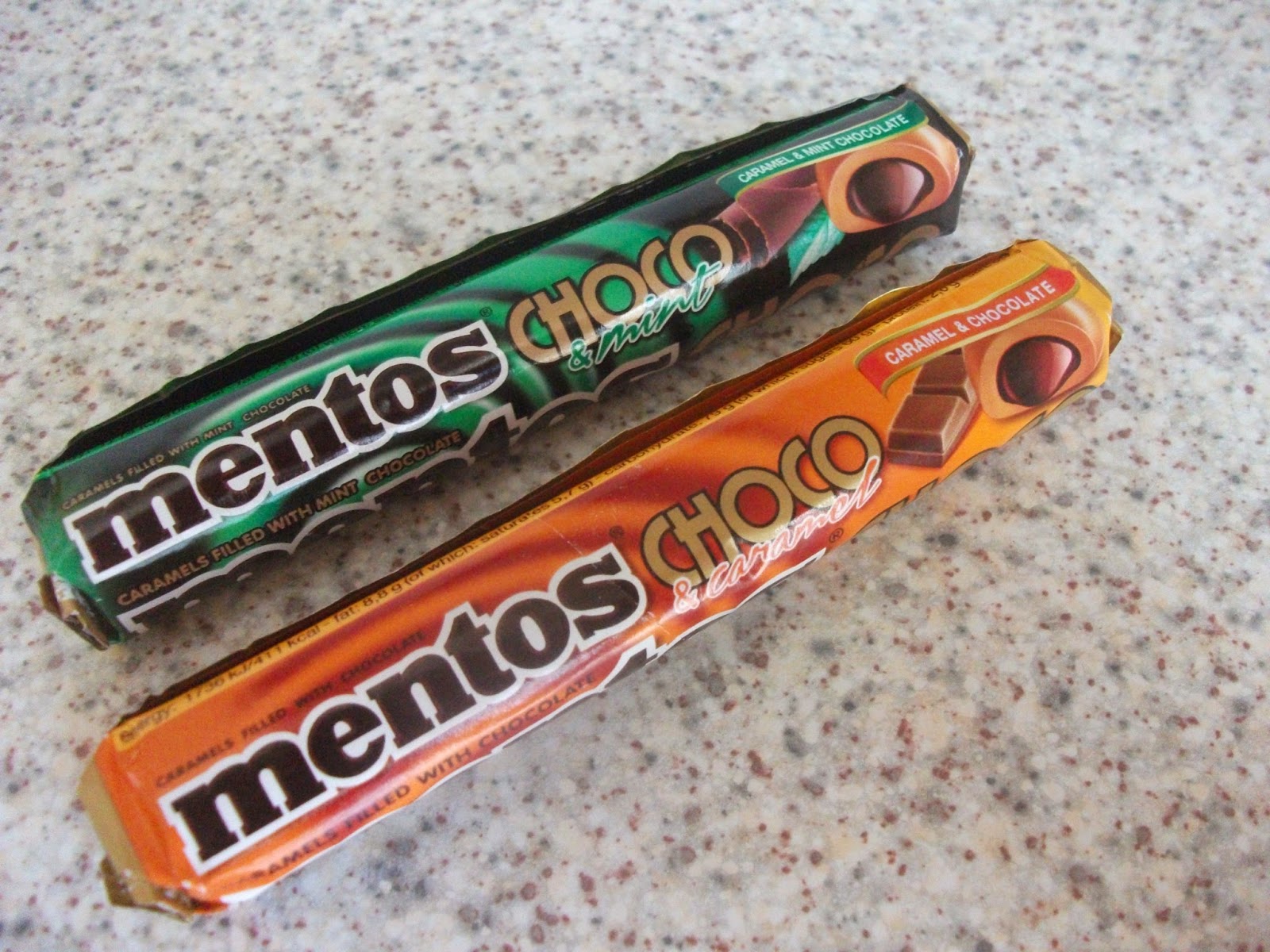 Whilst in Asda recently I spotted these new Choco Caramels from Mentos and thought they sounded rather odd, since Mentos are usually known for chewy mints and fruity sweets. It seems they want to expand into toffees now.

They're actually very similar to something I reviewed briefly in one of my Pick & Mix reviews...Meller toffees, by Perfetti Van Melle. Perfetti make both Mentos and Meller so it seems they've just re-branded them. Clever!

They reminded me of Toffo (which, according to Nestlé, are never coming back - boo!) I used to love those as a kid! (Here's a Facebook petition for their return) 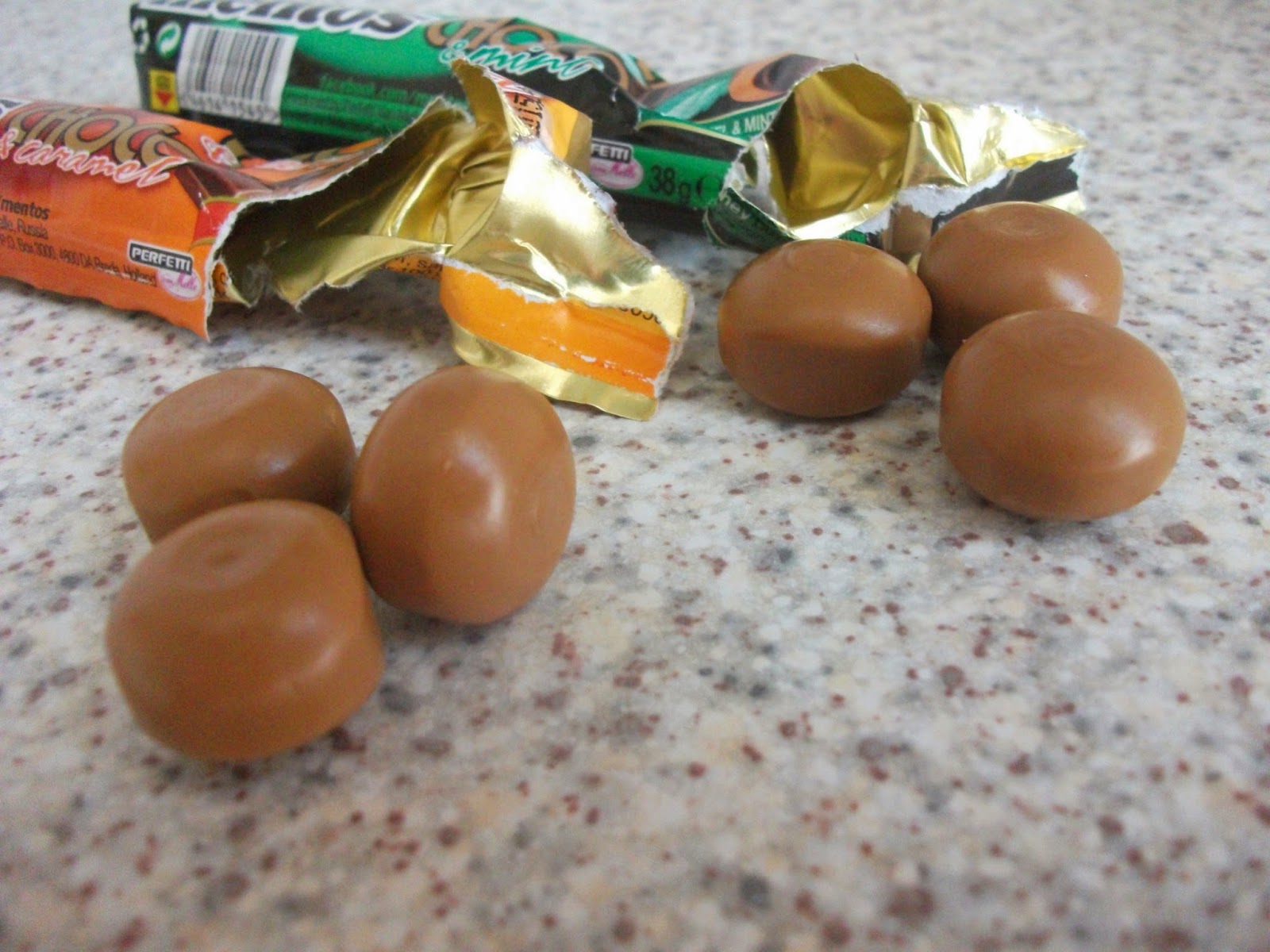 Back to the Mentos...I was surprised to find I enjoyed the "Choco & Mint" version the most. The caramel was buttery, with a nice firm chewiness, and the chocolate centre had a nice rich minty flavour. I haven't eaten minty toffees in ages (probably since Toffo were axed, in fact) so it was a nostalgic experience. The ingredients list is a bit worrying...the caramels contain hydrogenated fats which I thought weren't even allowed in confectionery any more. Still, I tried to overlook this considering how moreish they were! 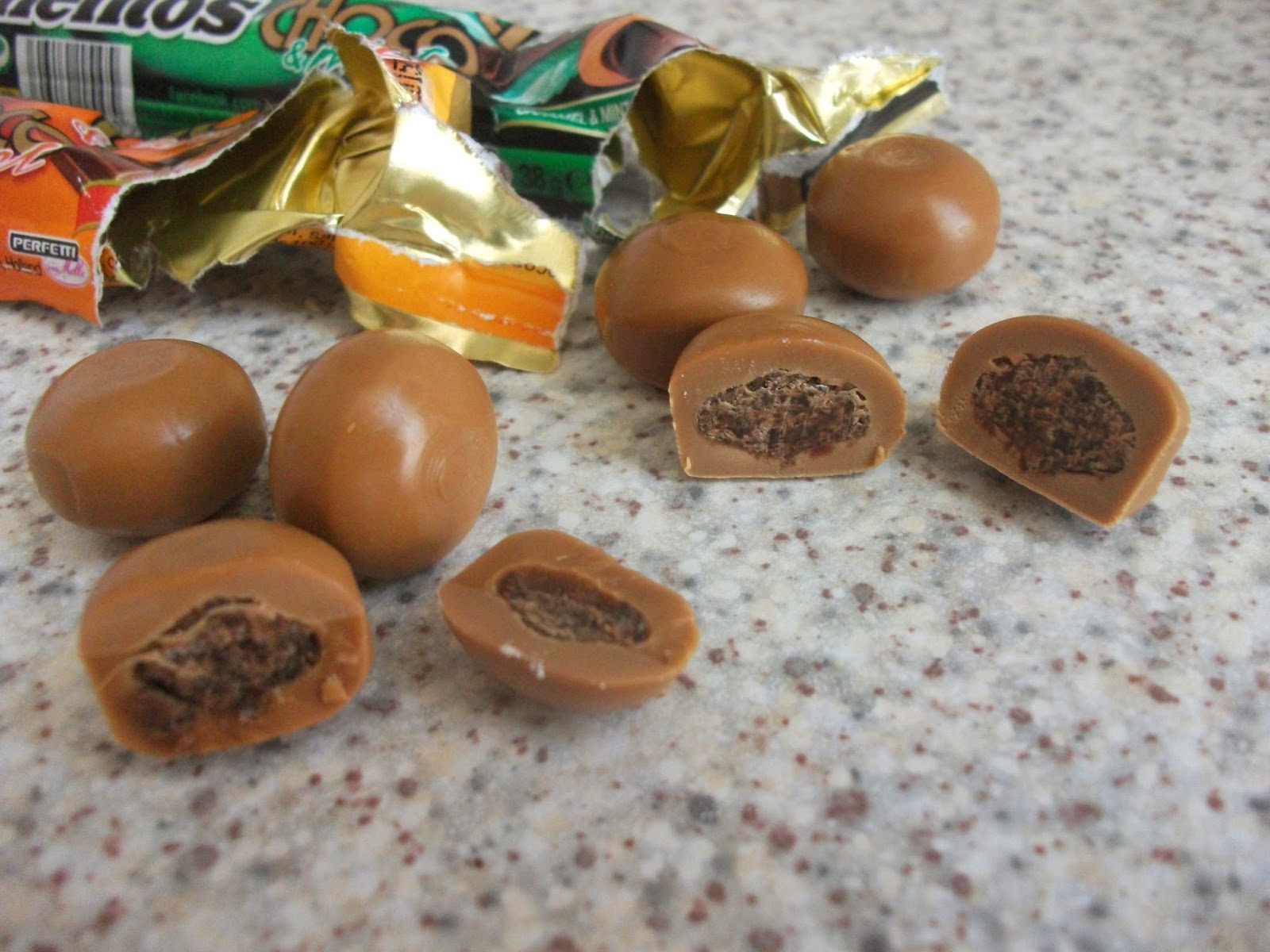 The "Choco & Caramel" version was also very nice, but a little boring compared to the mint variety.

Overall, these Mentos toffees are pretty tasty and at 3 tubes for £1 you really can't grumble. If you were a fan of Toffo as a kid you might just enjoy these more than the average person - they're definitely worth a try!