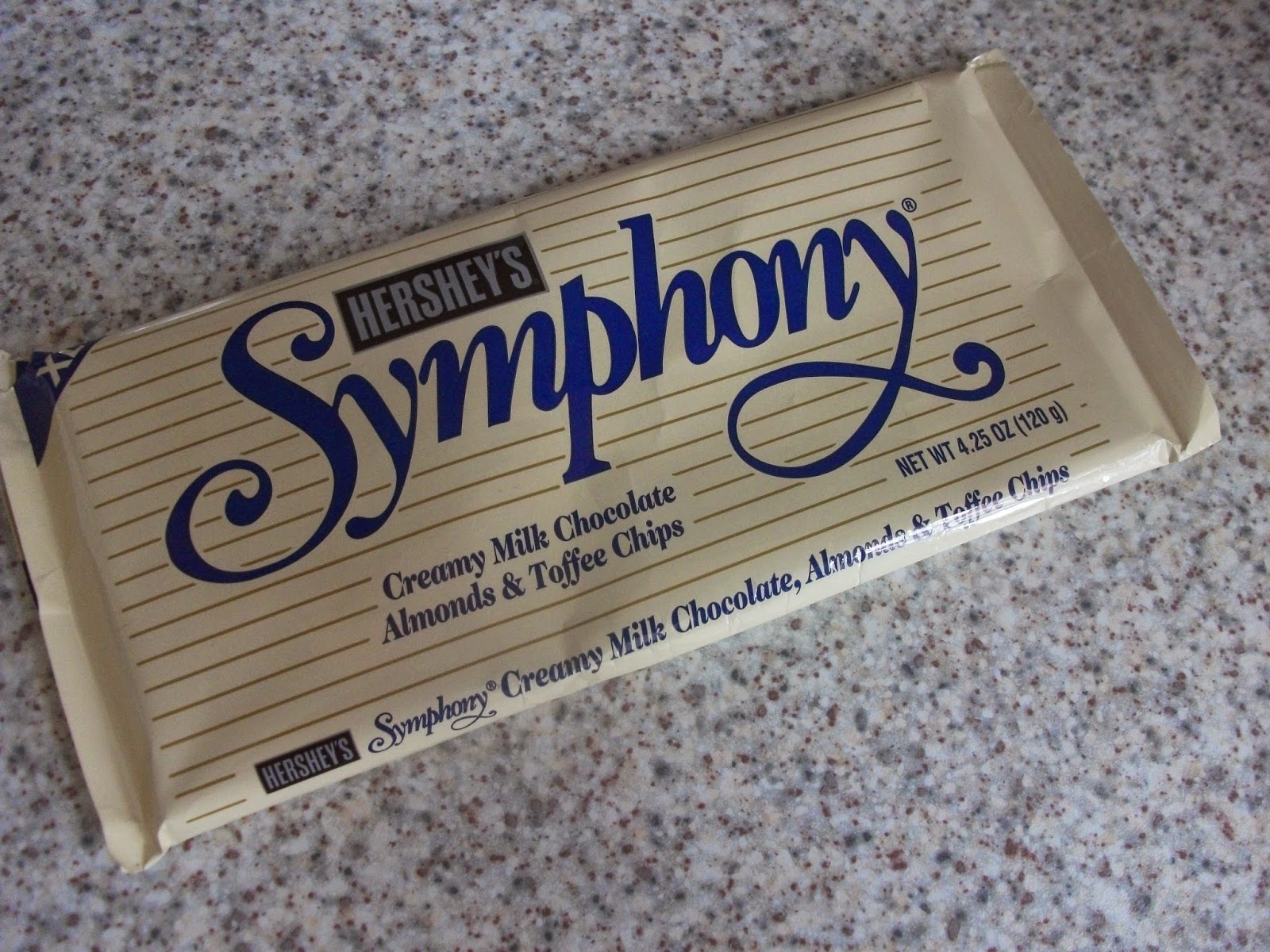 Whilst in B&M Bargains today I spotted this bar of Hershey's Symphony chocolate. I've never seen or heard of this bar before so thought I'd give it a try out of curiosity. It's described as "Creamy milk chocolate, almonds and toffee chips", which sounded like a simple but tasty proposition. 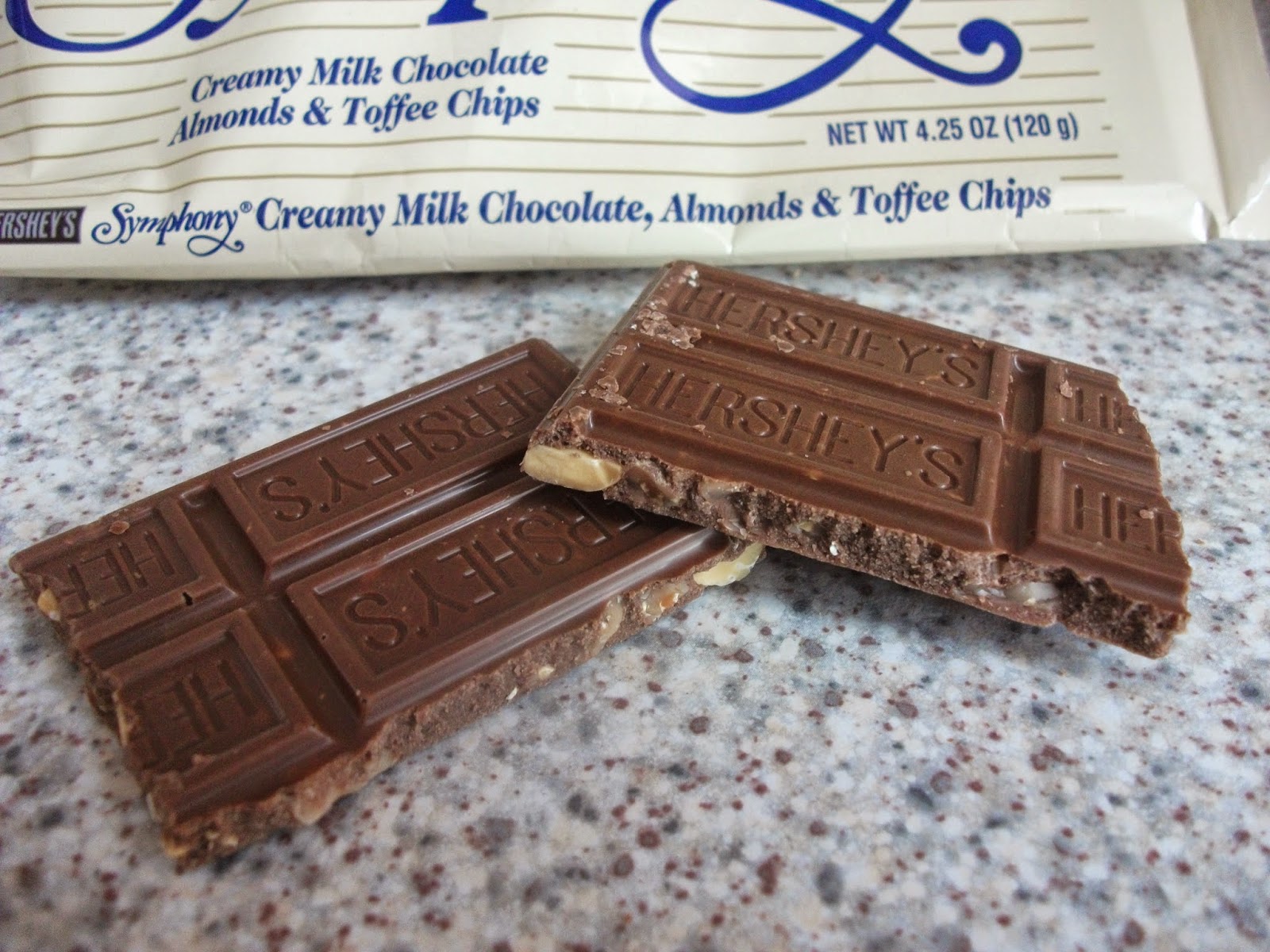 Sadly, the chocolate was far from the deliciousness (yes that is a word!) I was expecting...in fact it was rather sickly, and had that faint taste of "vomit" that many have used to describe Hershey's chocolate as having. It was very weird indeed. Despite the odd flavour, there was something compelling about the chocolate....the thinness of the bar, combined with the crunchy almonds and toffee pieces was strangely moreish. That said, the constant undertone of weird-tasting chocolate ruined it somewhat!

Overall, I wouldn't really recommend this bar unless you're really curious or a fan of Hershey's Chocolate. If you've tried it yourself please let me know your thoughts in the comments!