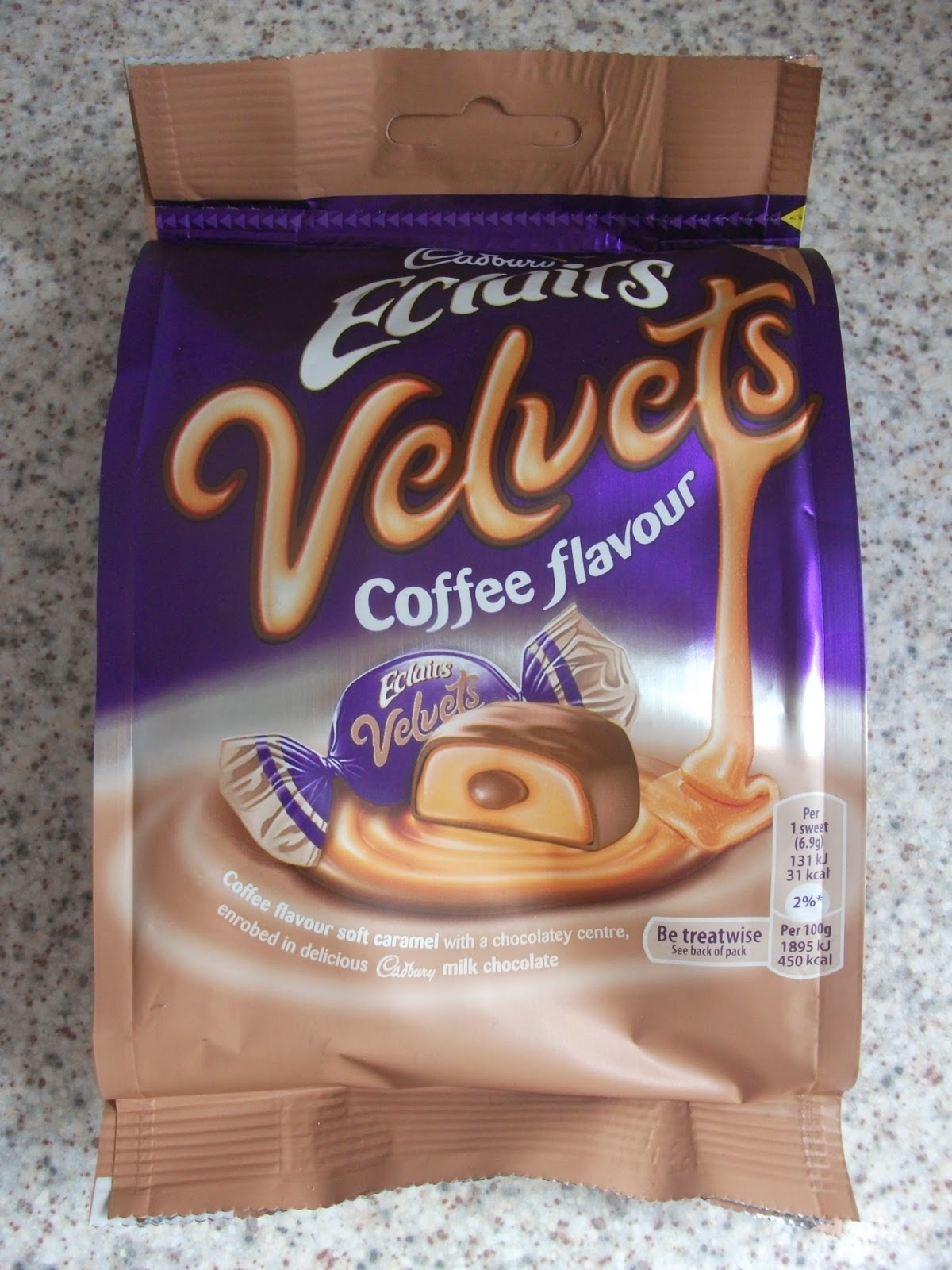 Another day, another new Cadbury product...I'm starting to sense a pattern here. I can't grumble though because it's always exciting to unexpectedly find new chocolate varieties on shelves!

This one should please fans of coffee chocolates, of which there is an unfortunate lack of in the UK. Most brands have done coffee variations at some point, of course; such as Kitkat, Aero, Wispaccino, Twix, Maltesers, Galaxy etc, but they never seem to stick around. I guess the flavour just isn't popular enough. Luckily Cadbury's have come to the rescue!

Cadbury Eclairs Velvets Coffee Flavour are exclusive to Tesco, and they're described as "Coffee flavour soft caramel with a choclatey centre, enrobed in delicious Cadbury milk chocolate". They're currently on offer for £1. 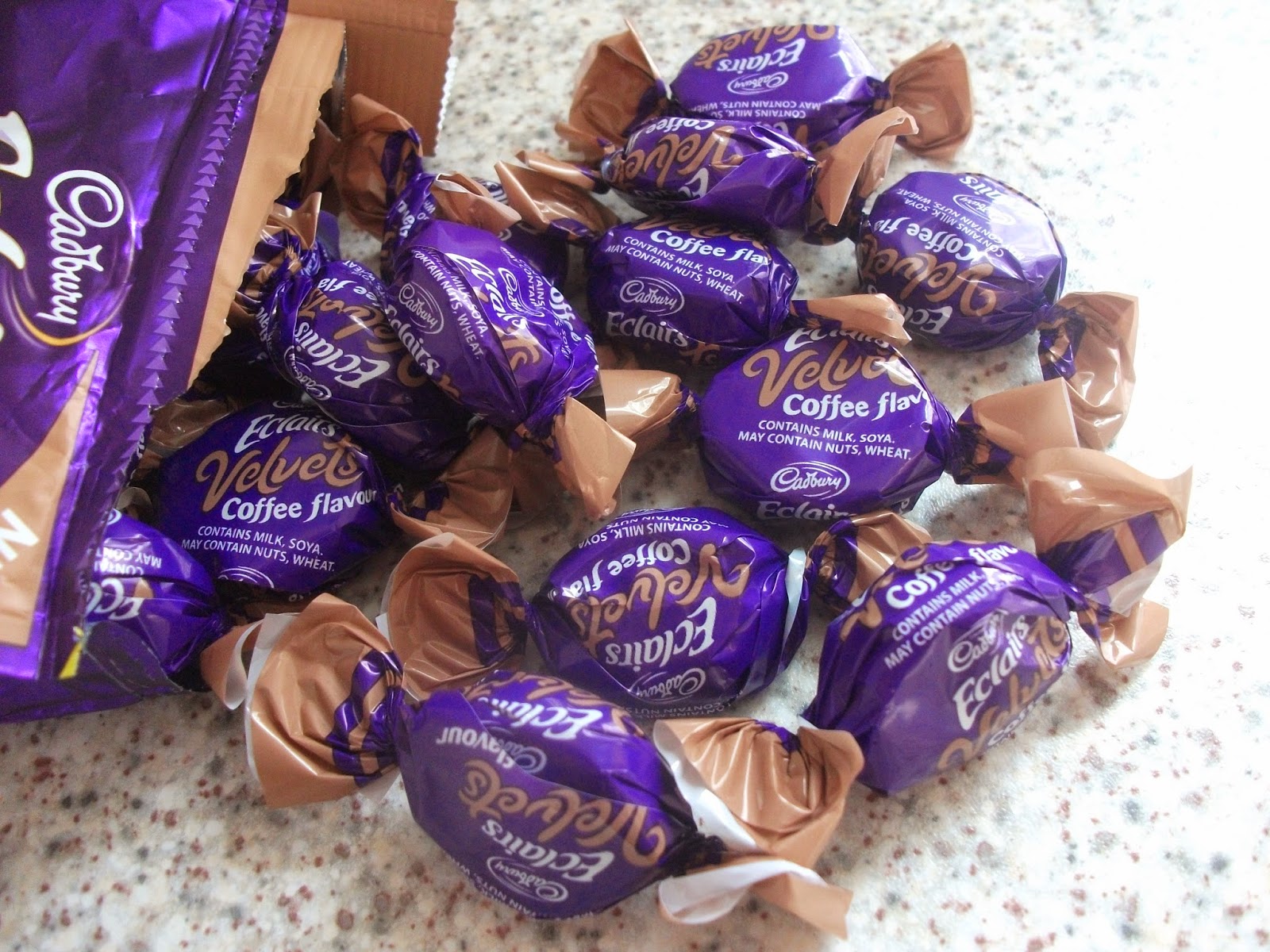 The Eclairs are all individually wrapped, although I could still detect a whiff of chocolate and coffee permeating through the bag. 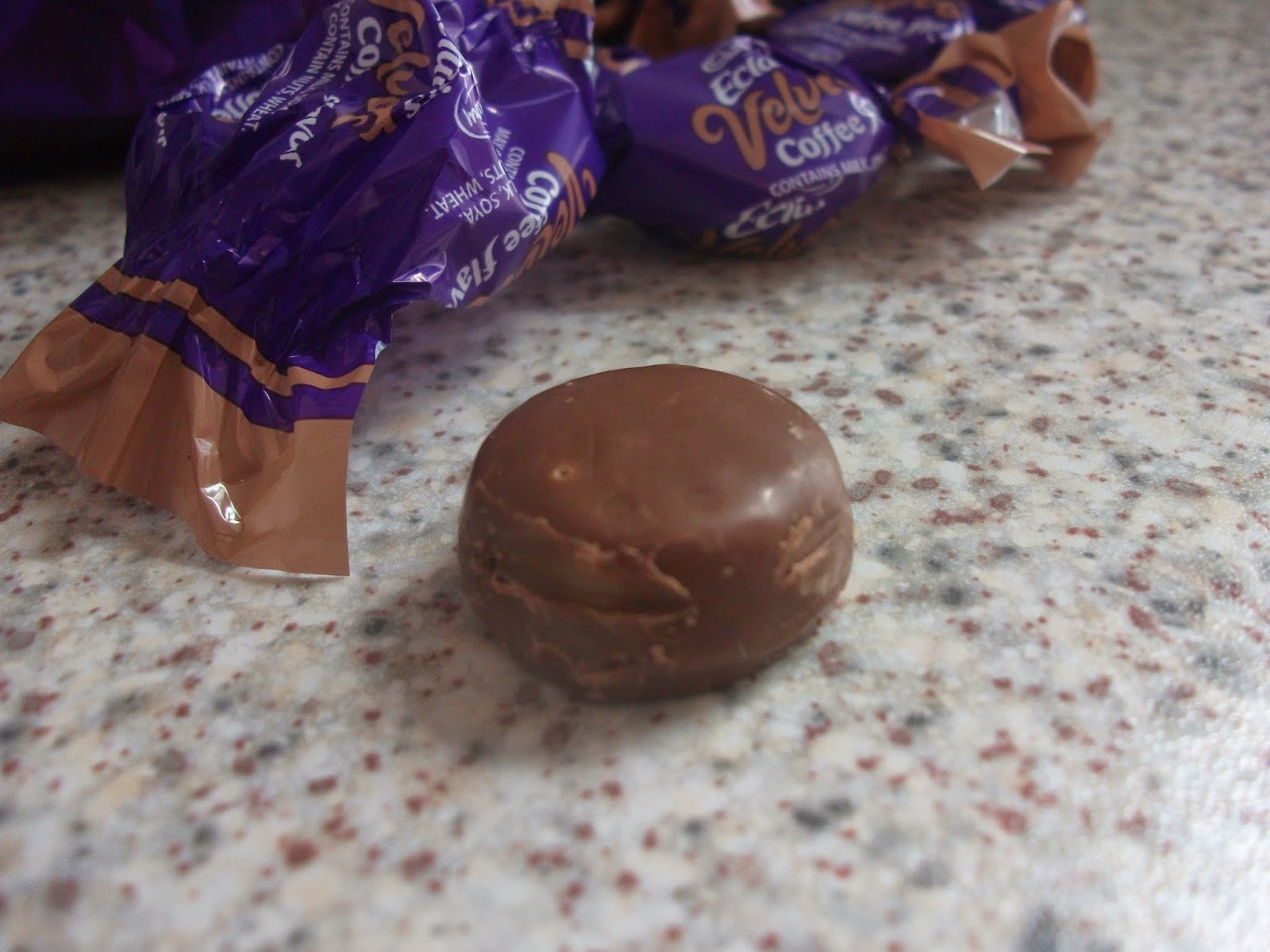 I cut one in half, which proved a little messy as the gooey filling oozed out everywhere! After a few attempts I finally managed to get a decent picture... 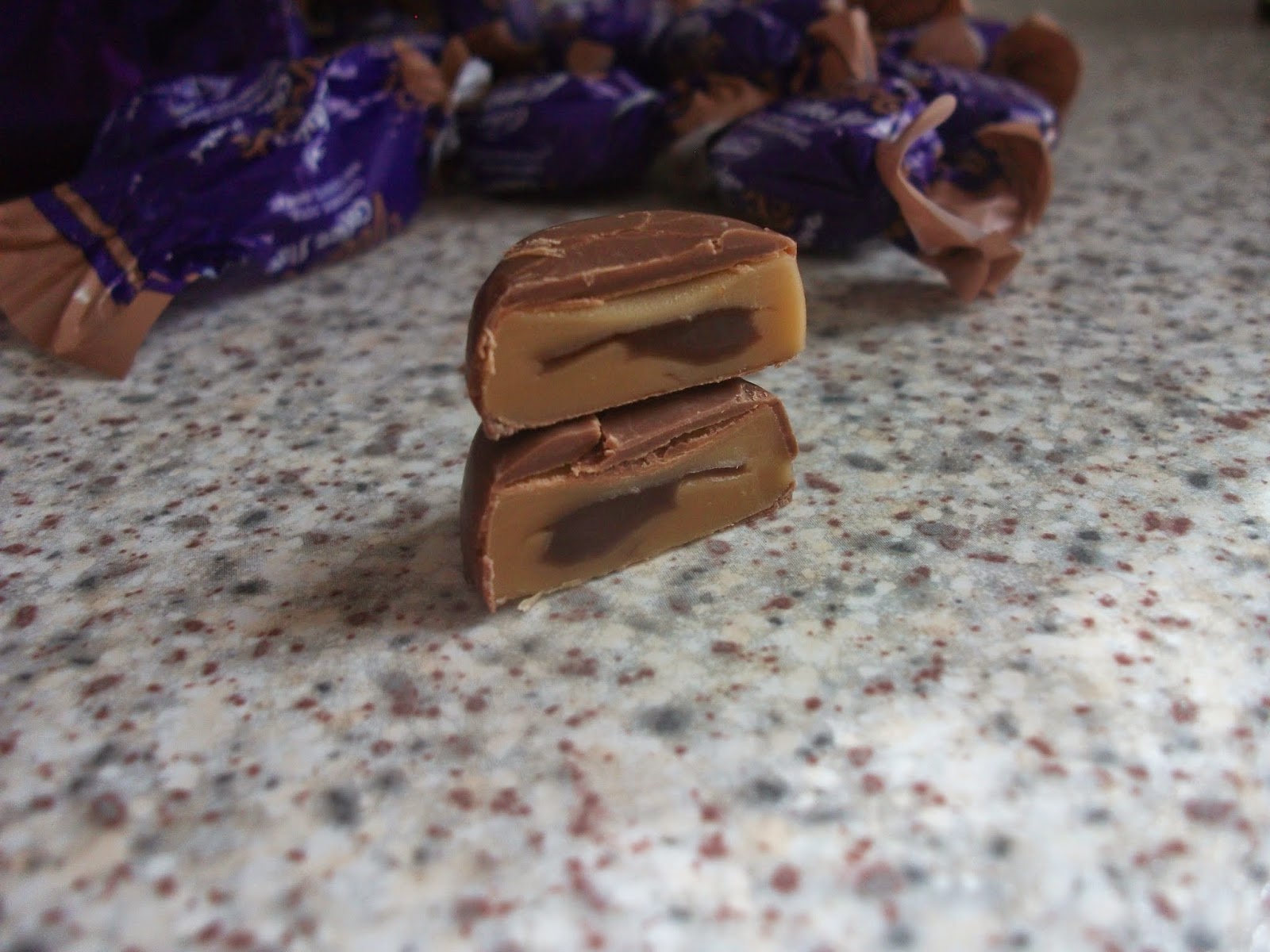 The toffees tasted very nice; sweet and buttery, although not quite as "soft" as I would have liked. They're chewy, and thankfully softer than regular Cadbury Eclairs. The coffee flavour is definitely present, and somewhat akin to a mild cappuccino. The gooey centre was sweet and chocolatey and gave a nice textural contrast to the toffee. They were very moreish, and I'll admit I ended up eating a few too many!

Overall, these Eclairs Velvets are pretty tasty, and if you like coffee-flavoured sweets you definitely need to give them a try. Now, I'm still waiting for mint-flavoured Eclairs...come on Cadbury, you know it makes sense!