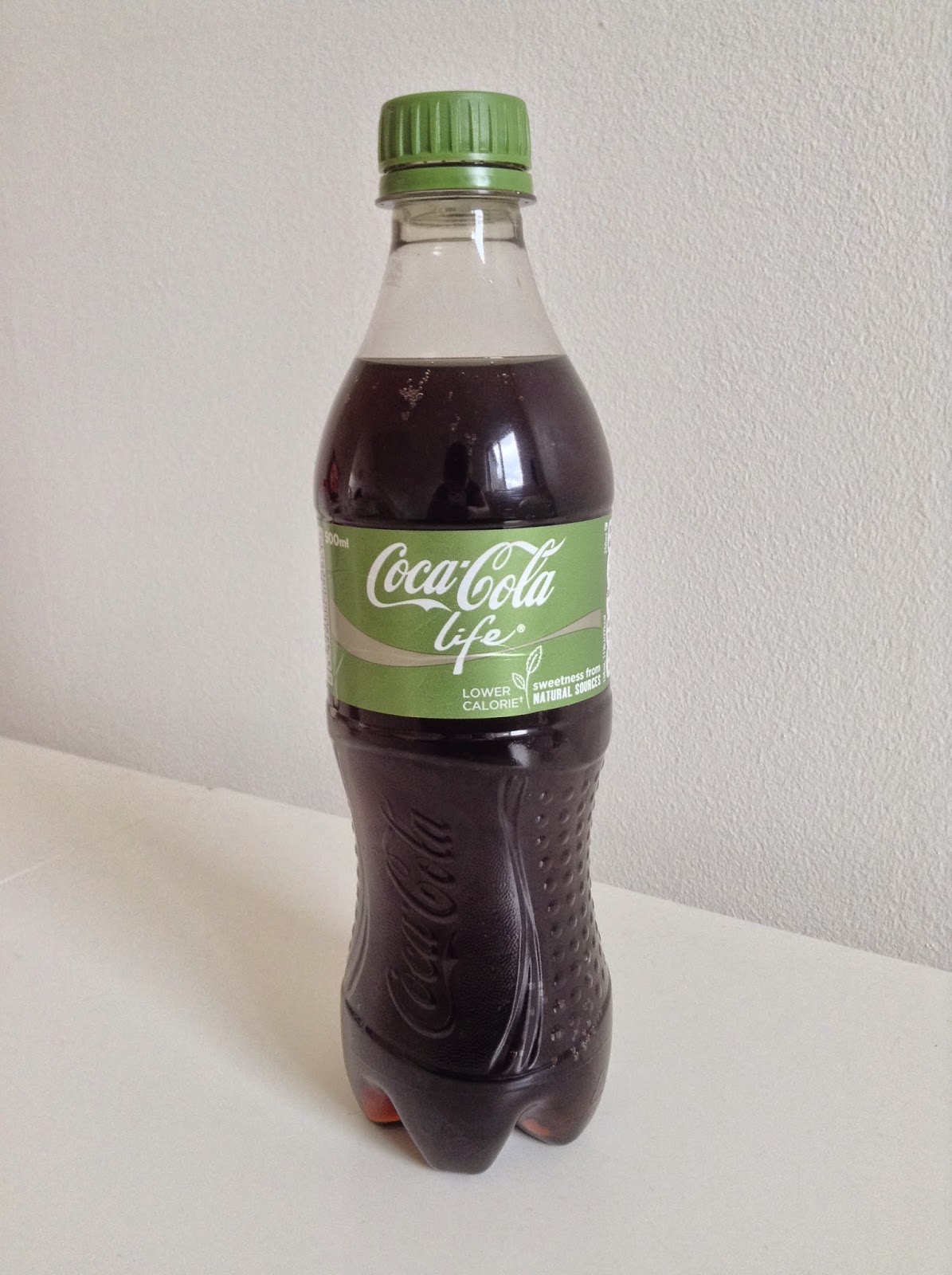 Hello everyone! It's me William from “William's Blog” and before any of you think I've hacked into Kev's Snack Reviews I haven't. Myself and Kev have been talking quite a lot over on Twitter recently and he asked me if I'd like to write guest reviews on his blog and I could not possibly refuse! I'm still unsure how often I'll be writing on here as it is yet to be discussed but I hope you enjoy my upcoming reviews. Before I ramble on, let's get straight to the review...

Coca-Cola GB announced back in June the launch of “Coca-Cola Life”, a lower calorie soft drink sweetened from natural sources with a third less sugar than the original Coca-Cola. This is the first new Coke to be launched in the UK since the arrival of Coke Zero in 2006 and to be quite honest, I really don't see what the big deal is? 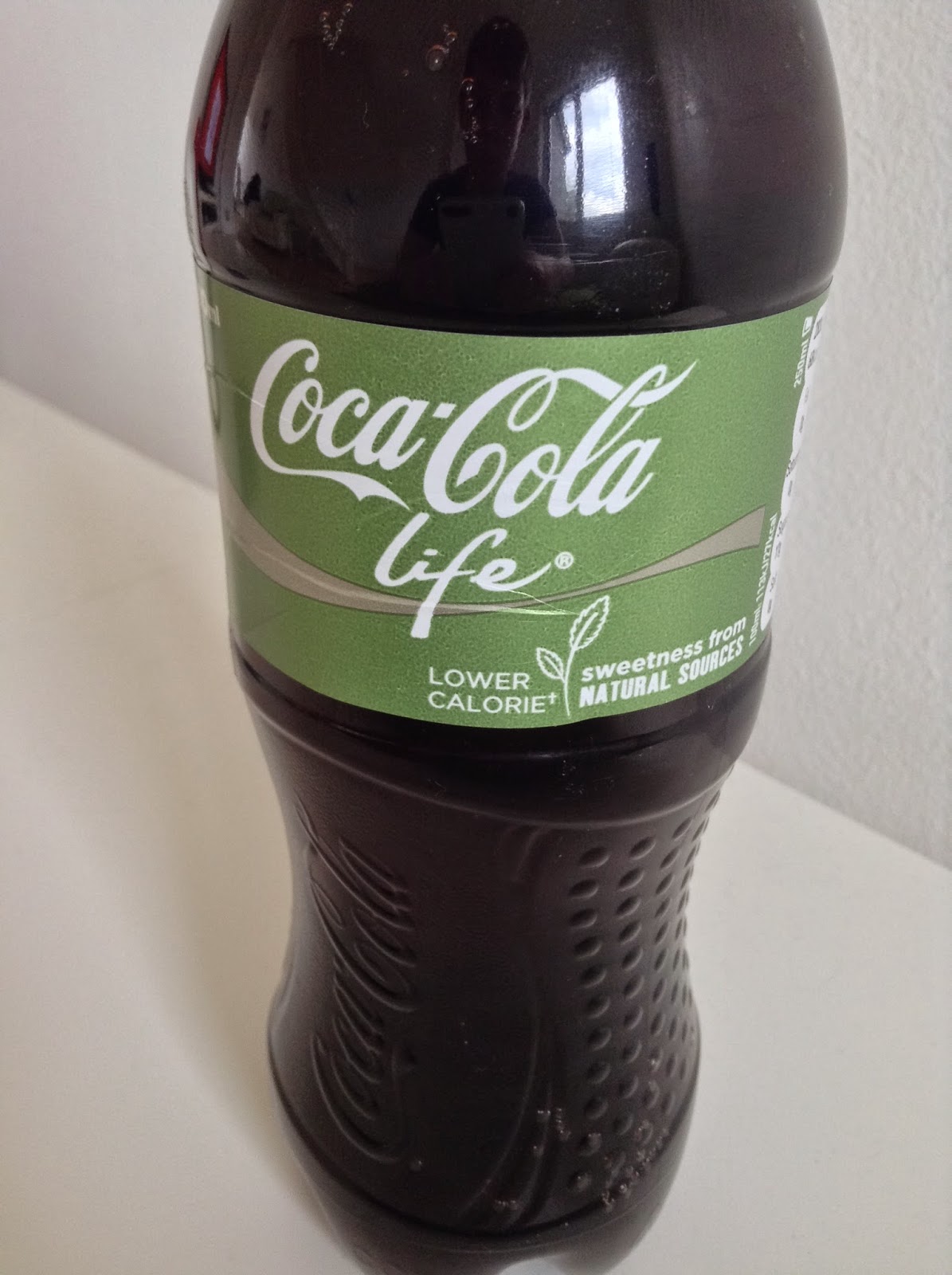 It's essentially Coke with a little less sugar and a fancy new green label. The packaging is visually appealing and very eye catching on the shelf though. Taste-wise, it's only very slightly different to the original Coke; it has a more fresh taste with a few minty notes. What I like best about this cola is that it isn't as overwhelmingly sweet like the original Coke, it has quite a mild sweetness. This cola beverage is for the sort of people that want the great taste of the original Coke but don't want to be consuming as much sugar. But overall, I am quite disappointed with Coca-Cola Life as it's not enormously different to the other Coke brands although it's a nice new addition to the Coke range and I'm sure over the next few months this will become quite popular.

Since trying Coca-Cola Zero Raspberry from the Coke machines in Burger King I've been wanting Coke to launch it in bottles!? Now that's something I'd like to see! I just think there needs to be more flavour variants of Coke on the shelves like Cinnamon, Peppermint, Blueberry or even Pineapple? Coke Life is available now and it is currently sold in 500ml bottles, 330ml cans, 1.75l bottles and 330ml can multipacks.

If you would like to see more posts from me, head over to my blog abitofwilliam.blogspot.co.uk, but otherwise, I'll still be writing guest snack reviews on here every now and then!

From: Morrisons Local.
Price: £1.25.
Recommend?: Not really, unless you want a lower calorie Coke that isn't completely sugar free.