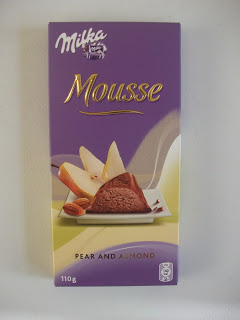 After seeing Grocery Gems review of this I was very curious to try it. I've never had chocolate with pear flavour before, it sounded rather unusual and right up my street.

It is described as "Alpine milk chocolate with pear-almond mousse filling". Opening the box revealed a lovely gold foil-wrapped bar with the word Milka printed on it: 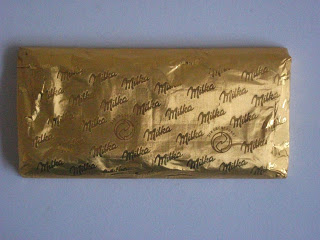 The bar itself looked very interesting with it's almost triangular-shaped blocks: 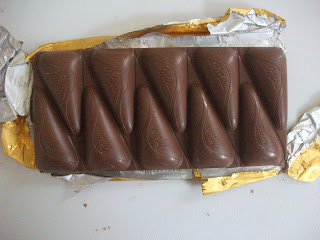 Unfortunately, the inside didn't look quite as good, it was all dry and cracked looking: 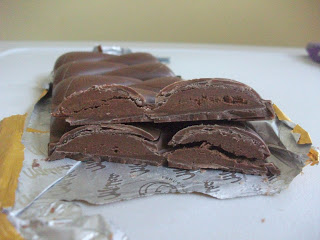 Biting into the chocolate it tasted as I expected - rather plain. The truffle was kind of boring, with a standard truffle taste, but with the pear flavour dominating it. I didn't like the flavour at all, it just didn't blend very well with the chocolate for me. The texture wasn't great either, it was a bit dry and crumbly. I couldn't taste any almond at all.

Overall, I wasn't very impressed with this bar. I do suspect that importing may have had a detrimental effect on the quality, as it often does with imported Milka products I've reviewed. However I suspect I wouldn't like this particular bar even if it were fresher as I didn't enjoy the pear and chocolate combination.