- June 25, 2013
Today's post is a quick roundup of some interesting snacks I've seen in shops recently but didn't buy. This happens quite often as there's always something new, weird or imported popping up in my local shops, but it's not practical to review them all, as much as I'd like to!

First up are these "Bubble Bars" which I spotted in both Poundzone and B&M Bargains. There's a milk chocolate and white chocolate version. Can you say "Aero knockoff"?! 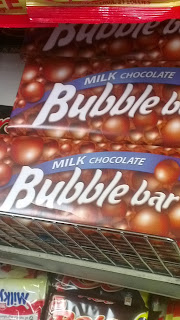 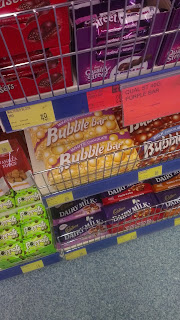 Next up are these Lyle's Golden Syrup ice cream cones, which I spotted in a discount frozen food store called Heron Foods. I'm not sure if they're available in supermarkets or not. They're described as "Crisp biscuit cones with golden syrup ice cream and Lyle's golden syrup". Sounds delicious! 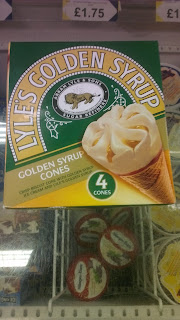 In the same store I also spotted these Coco Pops Chocos. I'm not really sure if they're new, limited edition or imported as I don't keep up with cereal news, but they looked interesting (and what a bargain at 2 for £1! Probably out of date though...): 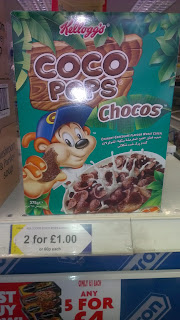 This concludes my first "Spotted in shops!" post, which I may make a regular feature if I see enough things worth posting about. I hope you've enjoyed reading, please let me know your thoughts in the comments!
Bubble Bar Coco Pops Kellog's Lyle's