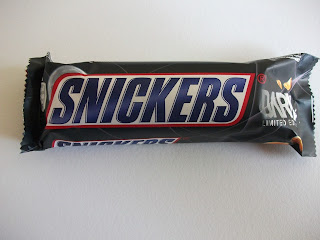 Whilst browsing a local discount store recently I came across this Snickers Dark, which is a Polish limited edition. They were selling at 4 for a pound and slightly past their sell by date, but as I have never tried a dark chocolate Snickers before I thought I'd give them a try. 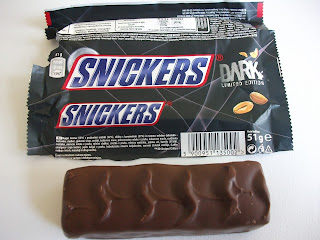 The first thing I noticed about this Snickers is that it's a lot smaller than our UK version. It doesn't surprise me because Polish Lion bars are also much smaller than the UK versions. Maybe the Polish just like smaller portions of chocolate compared to us Brits? 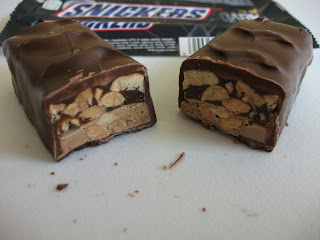 Taste-wise, I wasn't very impressed. Perhaps it's because of being out of date but it just tasted quite plain and without much definition of flavour. The caramel was too hard and chewy and pretty tasteless, and the dark chocolate wasn't particularly rich or flavoursome. The peanuts tasted nice, though.

Overall, unless you're very curious I would avoid this one. I believe there's a US version of dark chocolate Snickers available at American import stores, so I would go for that instead.